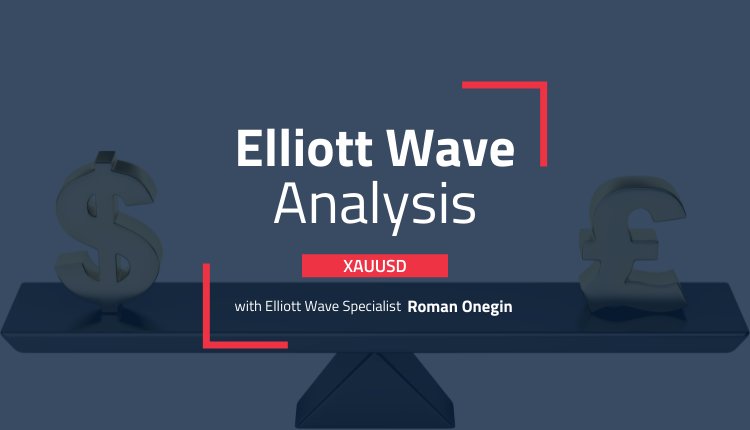 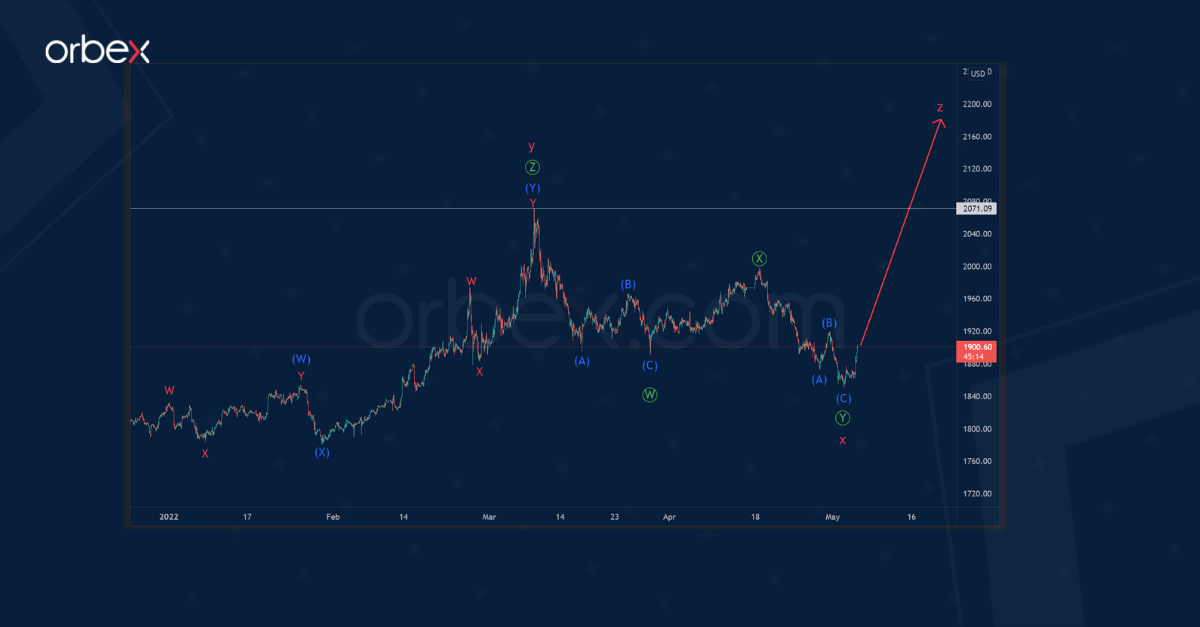 Gold is expected to form a global corrective trend, which takes the form of a cycle triple zigzag.

It is likely that in the next coming trading days, the price of gold will begin to gain momentum.

The growth in the final z wave could update the previous high of 2071.09, marked by the wave y. 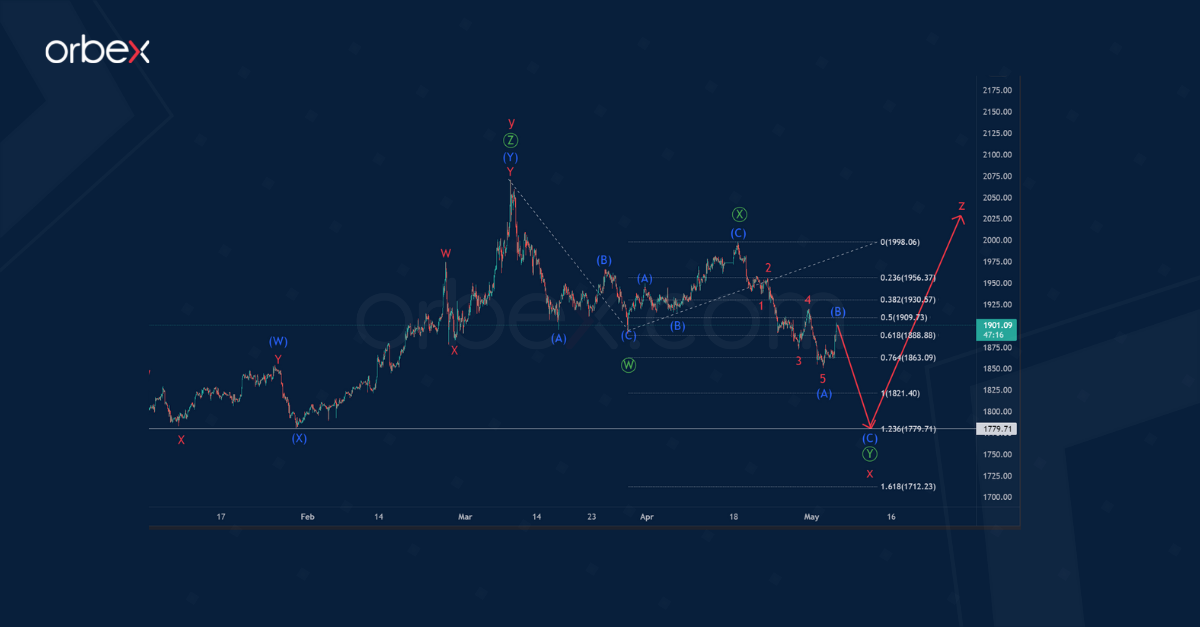 Alternatively, we can expect the continuation of the downward price movement in the cycle wave x. It takes the form of a double zigzag, in which the primary actionary wave Ⓨ is now being formed.

The wave Ⓨ can take the form of an intermediate simple zigzag (A)-(B)-(C), as shown in the chart.