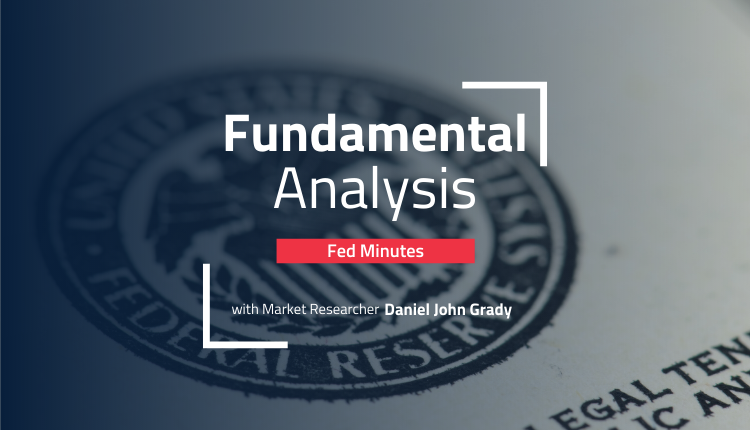 The Fed rate hike trajectory is under renewed scrutiny after the S&P 500 officially fell into a bear market. The consensus that the Fed will hike by 50 basis points at the next meeting remains intact. But there are starting to be doubts about what will happen after that. Which could finally mean there could be increased weakness in the dollar. So, traders are likely to be pouring through the Fed’s minutes from the last meeting to get any clues about how committed it is to keep raising rates in the second half of the year.

What got some attention overnight were comments from several Fed members, all of them hawks. But they provided a more cautious tone. Specifically Bostic, who suggested that a pause in rate hikes might be warranted in September. We should remember that he’s not a voter this year, but it’s not uncommon for the Fed to send out “trial balloons” from non-voters to see what the market is thinking. It was particularly relevant because his comments mirrored those of the other hawks, Bullard and George, who are voters (though they stopped short of mentioning a potential pause).

The conventional wisdom is that the market has already priced in the Fed’s expected actions. The next meeting isn’t until almost a month from now. 87% of analysts are sure that there will be a 50-basis point rate hike (the other 13% represents a slowly growing contingent calling for a 75bps hike).

With such a strong consensus that rates will be aggressively tightened, the risk for the market comes more from things that interrupt the expected path. Meaning potential risk to the downside. That could come from three areas: inflation, wages, and the economy. Therefore, commentary in that area in the minutes is likely to be the key focus.

Potential comments that could shake the market

Wages have continued their expected trajectory, even after the Fed has largely put the issue on the back burner. So, the jobs numbers are likely to have limited effect on monetary policy for the moment, as the unemployment rate remains low.

However, the brief retracement in inflation could be a factor. The issue is a matter of emphasis, since more aggressive tightening is seen as destroying demand. So, how much demand are members willing to give up, to control inflation? If the focus is more on keeping inflation from getting too high, and then bringing it down with minimal impact on demand, this could be seen as a more “dovish” tilt from members. The alternative is an emphasis on getting inflation down as soon as possible, which would likely be interpreted as confirming more rate hikes later in the year.

Finally we have the issue of the economy, with Q1 GDP growth coming in negative. Further tightening would be seen as weighing even more on the economy. So, comments from members expressing concern over economic growth might lead to a reevaluation of how eager they are to see rate hikes. Particularly as more analysts factor in the possibility of a Q2 GDP also coming in negative, which could reorient the Fed’s outlook substantially.