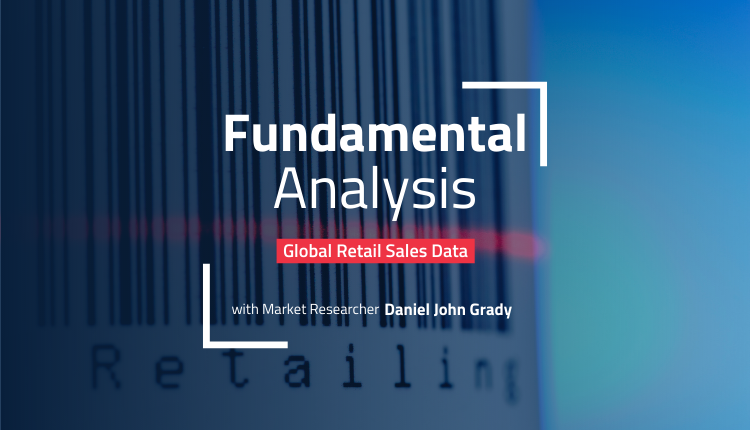 Recently, the focus has been on retail sales to see how fast they were growing as the economy came out of the pandemic recession. Now, attention is returning to retail sales, but to see how much they are falling due to erosion of purchasing power from inflation. Higher retail sales are still seen as a good sign for the economy.

But while slower growth in retail sales can weigh on stock markets, they can have an ambiguous impact on currencies. On the one hand, less sales might mean that the economy is in trouble and weaken the currency. On the other, it might mean central banks will double down on interest rate hikes to stop the problem from getting worse, and that could support the currency. It all comes down to how the markets see the central bank reacting in response to the data.

Overnight, Australia reports April monthly retail sales change, which is projected to show growth of 0.9% compared to 1.6% prior. It should be noted that this covers the period from before the RBA unexpectedly raised rates more than expected. Typically, retail sales are subject to fluctuations depending on the cost of retail credit, in the form of credit cards.

Next up is Spain, which is important not because of its size, but as an indicator for what’s going on in the EU so-called “periphery”. Spain has had some of the highest cost of living increases in the shared economy and could be seen as a bellwether for other economies. Spanish Retail sales are expected to show a monthly increase of 2.1% compared to a decrease of 3.8% last month. Annual retail sales are expected to show a decrease of -1.9% compared to -4.2% in the prior month. Though we should remember the annual figure can be distorted because of the fluctuating demand in 2021 as the country opened up following the availability of vaccines against covid.

Later in the day, the US reports personal spending and income data, which isn’t the same as retail sales. However, the important aspect is a look into how the current price increases are affecting consumer behavior. We must remember that these figures are not adjusted for inflation. So, it’s possible to see an increase in personal spending in nominal terms, but in real terms it’s decreasing due to inflation.

US April monthly personal spending is projected to slow to 0.7% from 1.1% prior. Though March personal spending typically is a little faster, due to holidays. Meanwhile, personal income growth is expected to remain steady at 0.5%.

At the same time, we get the release of the PCE Price Index, which is important because that’s tracked by the Fed for determining policy. Core monthly PCE Price index is expected to show an increase of 0.3%, the same as last month. On an annual basis, it’s expected to slow to 6.4% from 6.6% prior.