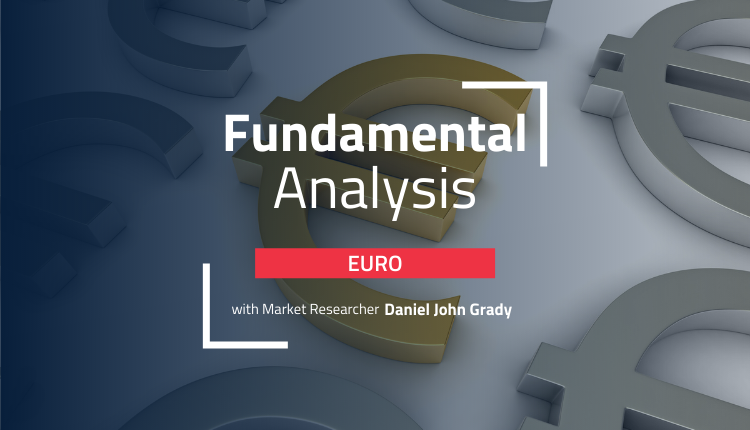 For the last month, the Euro has been getting weaker against its major trading partners. The EURUSD took a particularly strong move lower after the ECB failed to substantially change its monetary policy. Although it was a relatively strong move, it was within the general trend seen since the beginning of last year. The move has left the Euro at its weakest point since well before the last financial crisis.

The question now is whether the trend will continue. Can the Euro fall to parity with the dollar? Well, that would depend on the data. The chief instigator of move in the EURUSD is the differential in bond yields, which are driven currently by expectations around monetary policy. But central banks respond to the underlying economic data, and tomorrow we have a key bit that typically moves the markets.

What’s the issue to focus on?

The ECB is hesitant to raise rates primarily because more costly credit translates into poor economic performance. And this is a somewhat odd situation. Because the EU’s economy is positive, while the US reported negative growth in the last quarter. Yet the Fed has a much more aggressive stance against inflation. To be fair, the US is facing higher inflation, but comparably not all that much higher. 8.5% is more than 7.4%, but proportionally it’s still a major problem.

So, basically the EU is facing more “pent up” expectations about monetary policy tightening. The market is pricing in just 3 rate hikes this year, compared to 6 for the Fed. With lackluster growth in the shared economy, those expectations are likely to remain under wraps. But if there are signs of optimism in the economy, this could be interpreted as giving the ECB more room to act. Which could translate into an expectation that the yield gap between Europe and the US would close in the future. That could finally give the Euro a lift.

One of the leading indicators for the economy is the ZEW Sentiment Survey, which asks key actors to compare where they expect the economy to be six months from now. If it’s rising, it shows improved optimism; but if it’s falling, then the expectation is the economy will continue to underperform. Although the survey for the Eurozone is released at the same time, typically the market pays more attention to the German figure.

And the consensus of economists is that the survey will continue to move away from optimism. ZEW Economic Sentiment Index for May is expected to further into the red at -42.5 compared to -41.0 at the last reading. This is compared to the current situation, which is also expected to become worse at -35.0 from -30.8 prior.

Where things could go

Basically, German businesses are expected to say that the current situation is bad, and they expect it to get worse over the next six months. That is, through the usually more positive period of the summer.

If the situation were to show an improvement – that is, the Expectations were less negative – then it could help the Euro a bit.