What to Expect out of RBA Interest Rate Decision 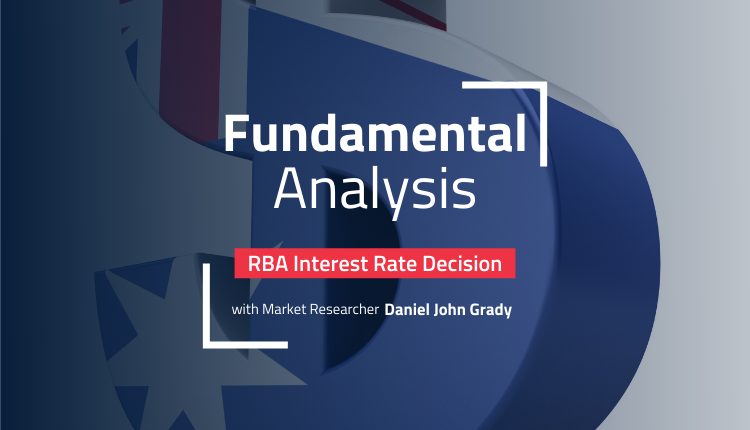 The AUDUSD has remained relatively flat the last couple of weeks, despite ongoing appreciation in the commodity prices. The Aussie hasn’t been able to capitalize on the general inflation environment despite being a commodity currency. In part, this is due to the outlook for the RBA.

So far, the RBA has loathed raising rates. Part of that can be because of the delayed economic impact of the pandemic, as case numbers shot up at the start of the year.

While other central banks were going to normalize rates, the RBA was faced with the effects of lockdowns. Now, economic measures are lifting, but case numbers are starting to climb again.

Typically, the current scenario would encourage carry trading, with the BOJ keeping ultra-low rates. That said, commodity currencies would have higher interest rates. Under such circumstances, the AUD would get a boost. And, in fact, the currency did start inching higher at the start of the year.

If the RBA keeps rates at the record low level of 0.1%, however, there is likely to be little interest in carry trade, which could keep the pair from moving higher.

Nonetheless, things could change in the future.

Inflation has been moving significantly above target. The RBA acknowledges that unemployment has hit a structural level, increasing the risk of a wage-price spiral that could require aggressive intervention in terms of monetary policy.

So, the scene is set for a rate hike, but the consensus is that the RBA won’t pull the trigger at the next meeting.

Why no rate hike?

The latest survey of Australian economists shows that 93% expect the RBA to keep the rate on hold. The very small minority of dissenters expect a “half” rate hike, bringing rates to 0.25%.

Unsurprisingly, the market seems to be siding with the majority and it’s not pricing in a rate hike. This means that the event could be relatively calm, with the focus on what’s coming up next. In turn, this begs the question of why the RBA is unlikely to take action at this meeting?

The answer is in two parts. Firstly, Australia calculates inflation on a quarterly basis, and the RBA is working on inflation from last year. We won’t get the latest inflation data until later in the month. Barring some kind of emergency, the RBA is unlikely to make a move without having the latest data on hand.

When could the hike come?

Secondly, there’s the upcoming general election on May 21st.

Generally, the RBA tries to avoid making significant moves (such as starting a raising cycle) during the campaign period. Unless, of course, there is some kind of emergency. The next meeting is on May 3rd, meaning that if the RBA chooses to wait until after the election, we might not see a rate hike until the June 7th meeting.

At the last meeting, the MPC members agreed that it was too early to be looking at raising rates. They cited core inflation not being “stable” above target. The focus could be on the accompanying statement from the RBA, to see if there is any comment on how “stable” the inflation is. If inflation is “concerning”, it could signal a rate hike in the next couple of meetings.