USDJPY: When Could The Impulse Trend End? 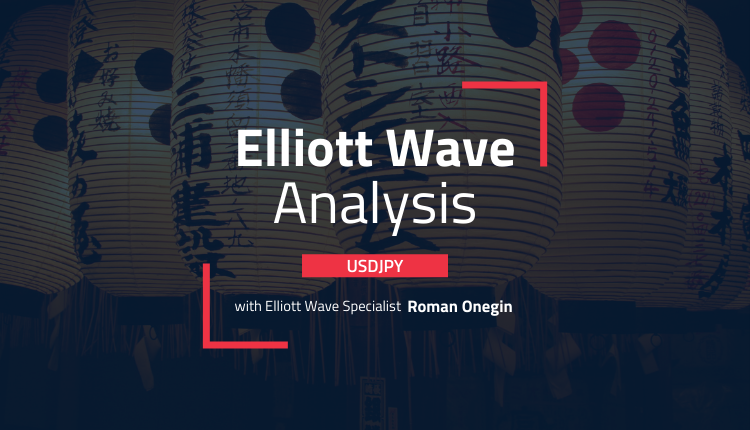 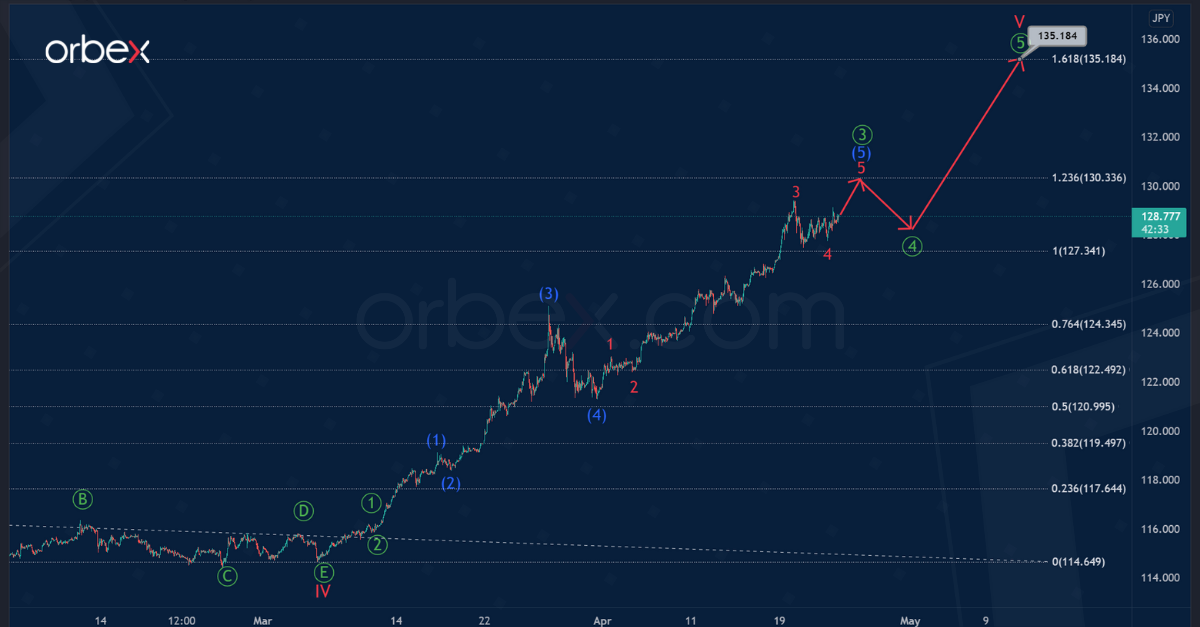 The current structure of the currency pair indicates the formation of a global impulse trend, which consists of cycle waves.

On the current chart, we see the final part of the cycle correction IV, it is a triangle. After the completion of the triangular pattern, the price began to rise rapidly within the cycle wave V.

Wave V, apparently, takes the form of a 5-wave impulse ①-②-③-④-⑤ of the primary degree. In the near future, the completion of the primary impulse sub-wave ③ is expected, which may be followed by a small pullback of the price in the primary correction ④. After that, the price may start moving up again in the final sub-wave ⑤ towards 135.18.

At that price level, wave V will be at 161.8% of previous cycle impulse III. 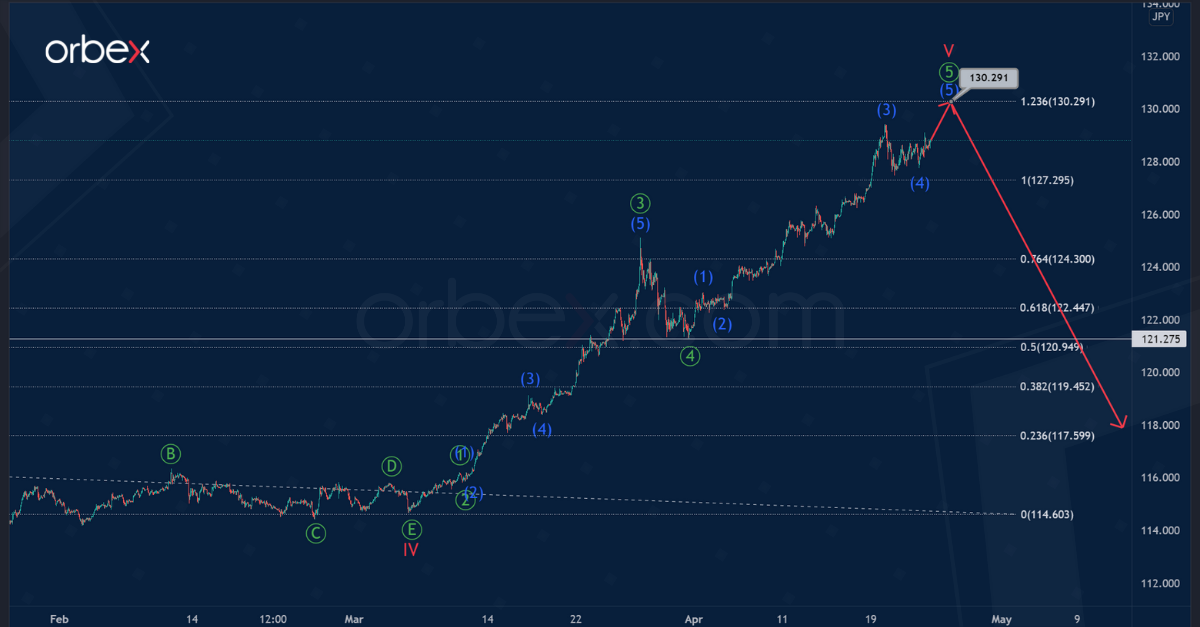 An alternative option suggests that the entire cycle wave V is much closer to its end.

At that level, wave V will be at the 123.6% Fibonacci extension of wave III. After reaching the specified price mark, a new bearish trend may develop below the 121.27 low.