Fed drives up US dollar 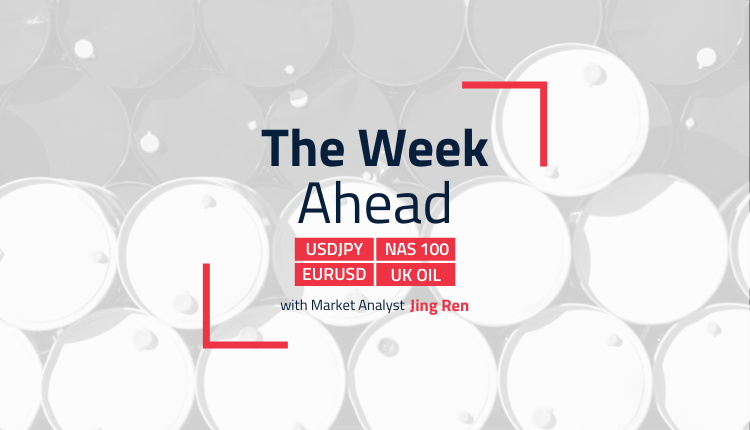 EURUSD softens as Fed to go full out 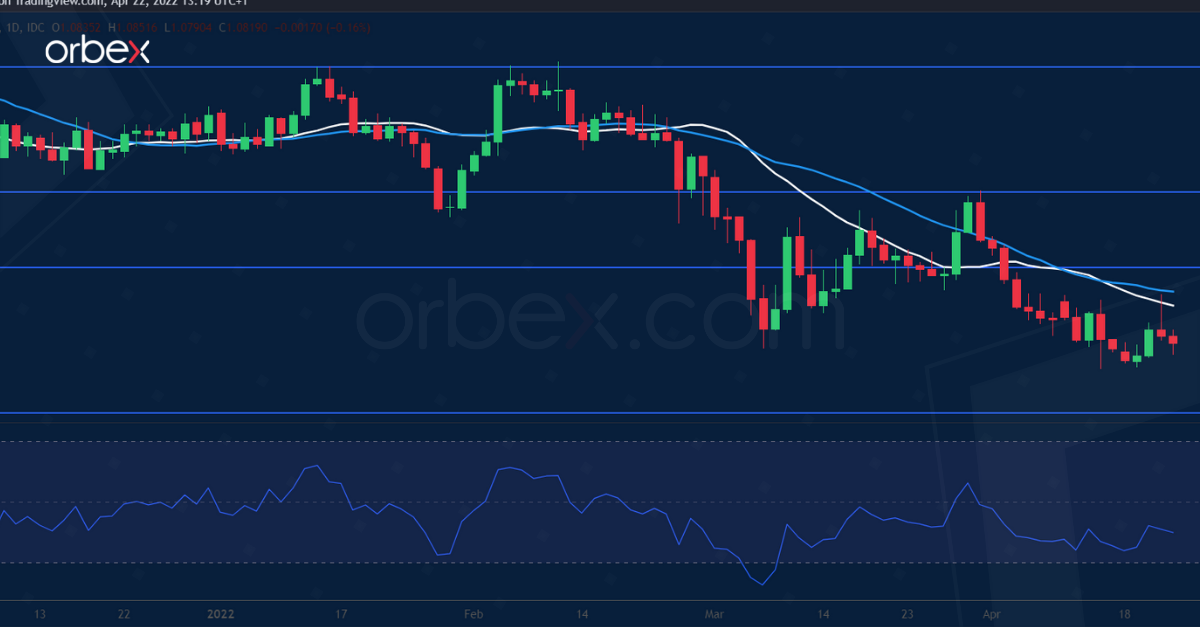 The US dollar strengthens over the Fed’s hawkish bias. In a race to bring down 40-year-high inflation, the Fed may go full throttle with half-point hikes.

There is still division on the speed of normalization among officials. Some argue for a target rate of 3.5% by the end of the year or even a shock therapy of a 75bp increase while others would prefer a slower pace to avoid choking off growth. The reality might be somewhere in between.

Meanwhile, the ECB has reiterated its patience to sit still, exacerbating the policy divergence. The pair is heading towards March 2020’s lows near 1.0650. 1.1000 is a fresh resistance.

The Japanese yen remains under pressure as the Bank of Japan would vow to keep interest rates ultra-low. The fundamental driver of the price action has not changed and that is the policy difference, sending the yen to two-decade lows against the dollar.

The downtrend sees no signs of a turnaround even though the market could use a breather after the greenback’s vertical climb over the past six weeks. As long as inflation remains below the BOJ’s 2% target in the near term, the central bank may continue to defend its loose monetary policy. 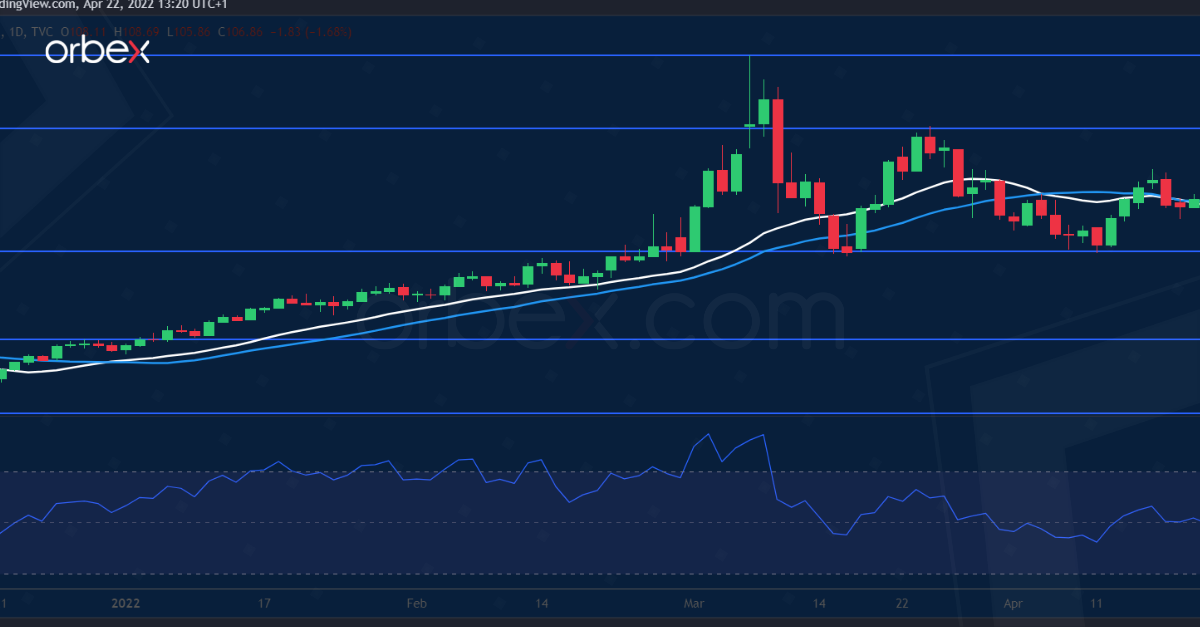 Oil prices remain well supported by tight supply and falling stockpiles. An EU embargo on Russian oil is under discussion, and volatility would pick up again once member states reach a final decision. The talks may not be a smooth ride though as some countries’ heavy reliance on Russian imports would make them reluctant to turn off the tap.

However, if the ban turns out to be more than a mere threat, the commodity could surge to new highs.

In the meantime, Brent contracts are changing hands in a narrowing range for lack of a new catalyst. The price is consolidating above 98.00. A break above 123.00 may resume the uptrend. 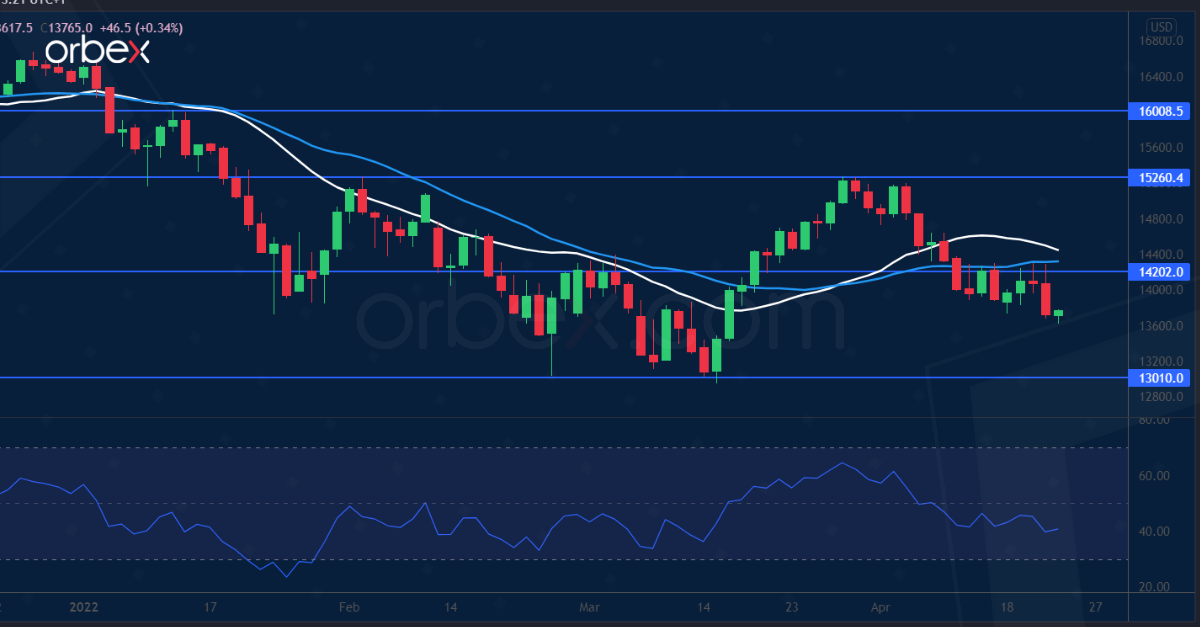 The Nasdaq 100 falls back over concerns about the impact of aggressive tightening. Fed Chairman Jerome Powell hinted that the central bank could move faster with bigger hikes next month. Expectations of higher interest rates would cause strong headwinds to the equity market.

Investors are growing skeptical that fast-paced normalization could damage the economy. As the yield on the 10-year Treasury note flirts with 3%, near its highest level since late 2018, investors may prefer this safer option rather than risking their skins in growth-sensitive industries.