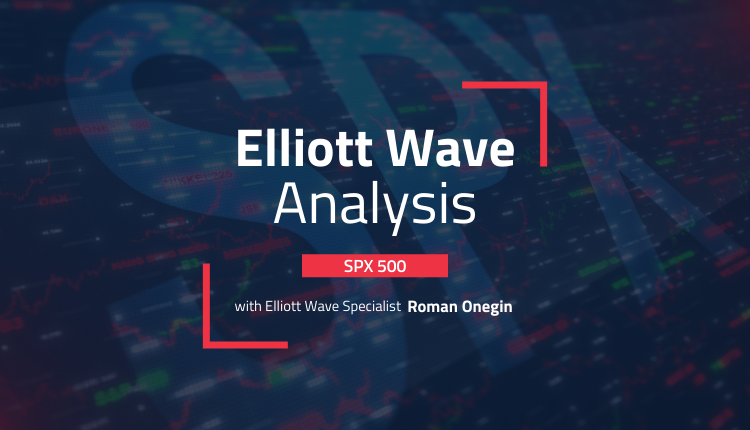 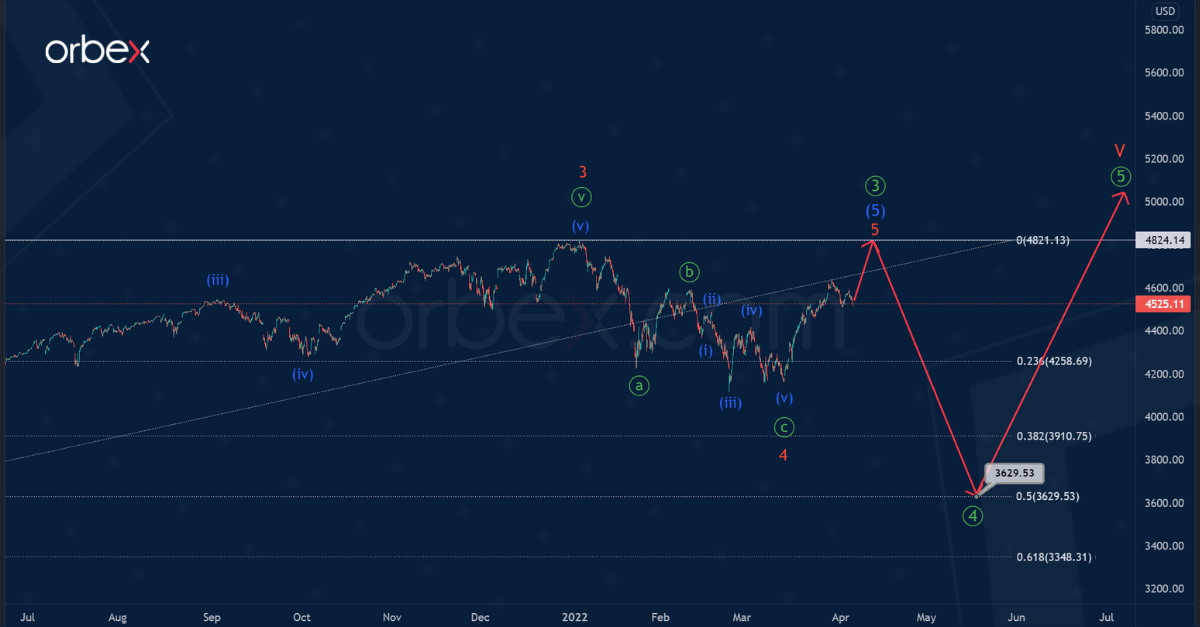 The current SPX 500 structure in the 1H timeframe shows the formation of a large impulse trend.

The primary wave ③, which is part of the cycle impulse V, is currently under development. It is a bullish impulse consisting of intermediate sub-waves (1)-(2)-(3)-(4)-(5).

In the near future, the price will continue to rise to the level of 4824.14. At that level, the primary wave ③ could end.

After the completion of the bullish impulse, prices will lower in the correction wave ④. This is likely to reach the 3629.53 area. At that level, the correction will be at 50% of the previous impulse. 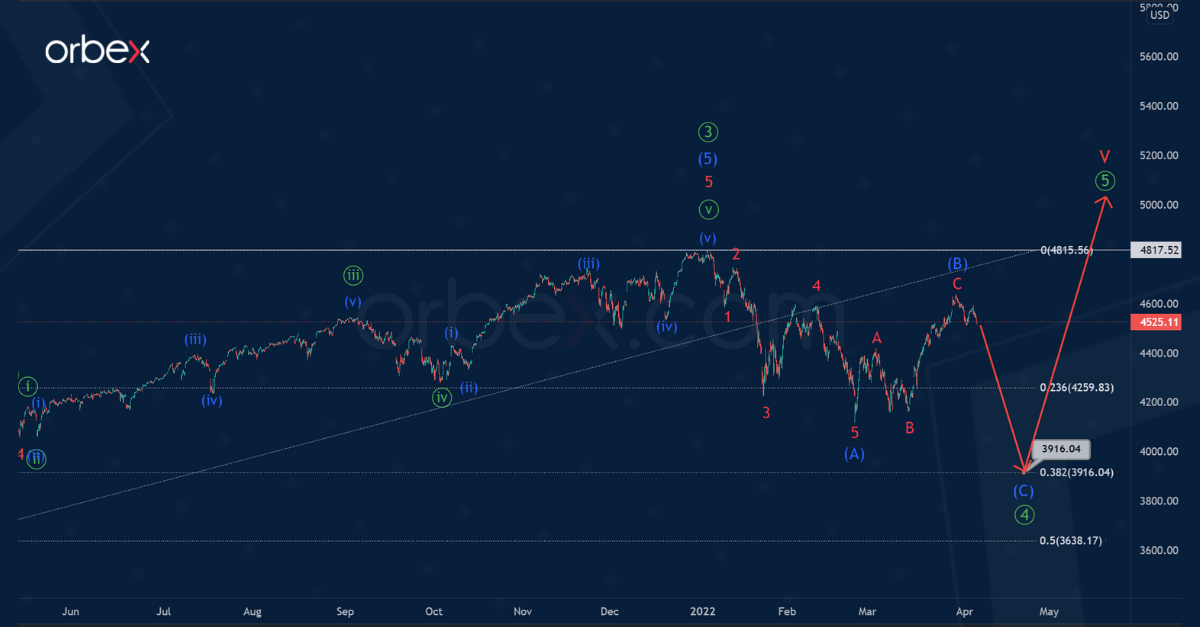 Let’s consider an alternative scenario where the formation of the impulse wave ③ is fully complete. The peak was reached at 4817.52. Then, most likely, the price pushed off from that level, and the decline began.

Perhaps there is the first half of the intermediate zigzag (A)-(B)-(C), which forms the primary correction ④.