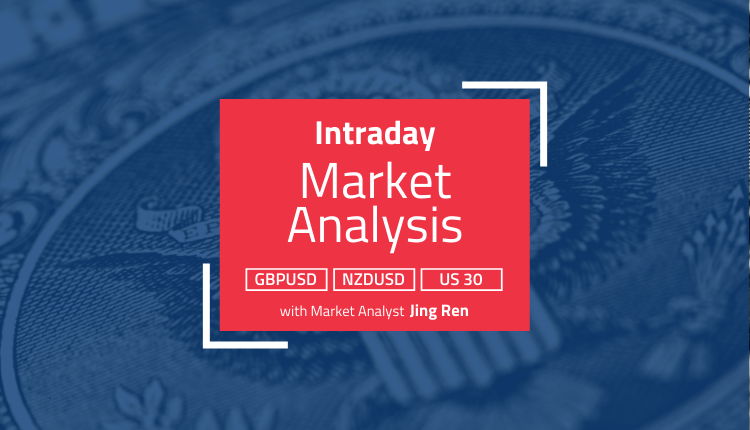 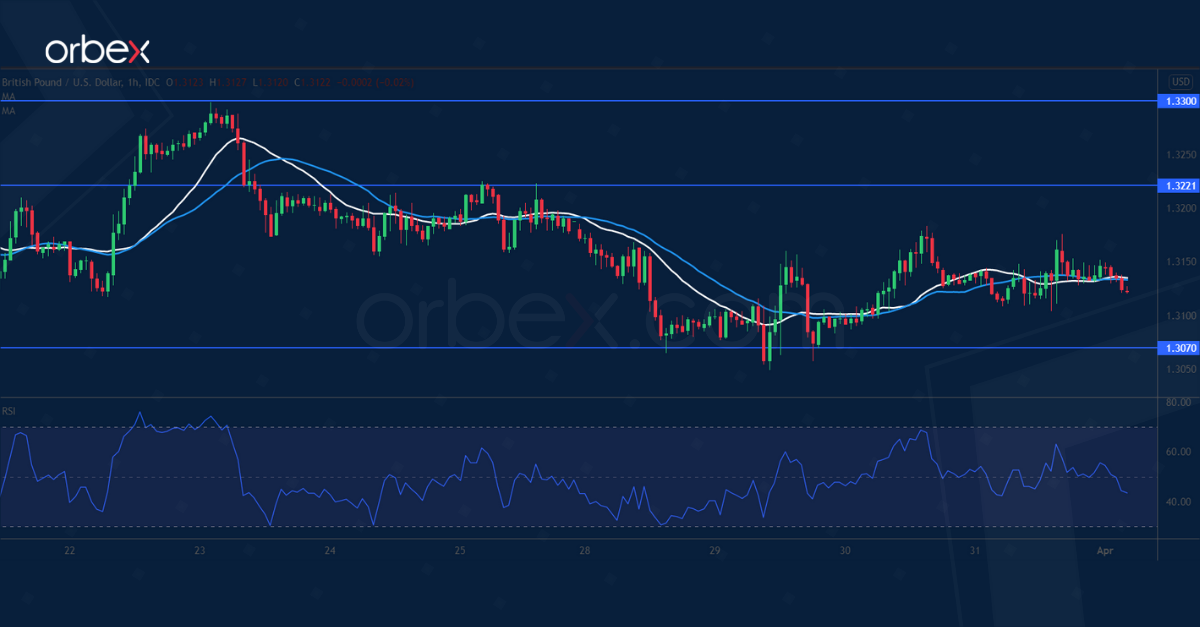 The US dollar went sideways as February’s PCE fell short of expectations. The pair met stiff selling pressure around 1.3300, a supply zone next to the 30-day moving average.

A break below 1.3120 may have cast doubt on the viability of the previous rebound after short-term buyers rushed to the exit. 1.3220 is now a fresh resistance and buyers’ failure to lift these offers could send the pound into a deeper correction. 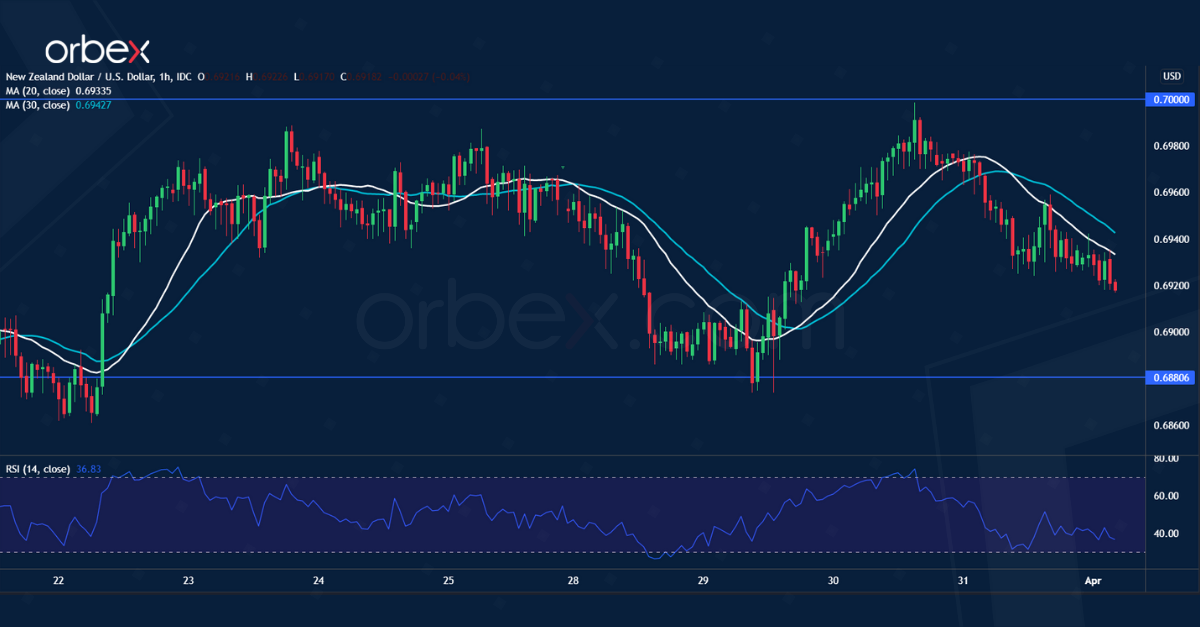 The New Zealand dollar falls back as risk appetite subdues. The pair hit resistance under the psychological level of 0.7000 after it broke to a new high.

The RSI’s overbought condition in this supply zone led buyers to take profit, driving the kiwi lower momentarily. Trend followers may see the retracement as a buying opportunity.

Sentiment would stay bullish as long as the pair is above the previous low at 0.6880. A bearish breakout may dent short-term optimism and send the kiwi to 0.6790. 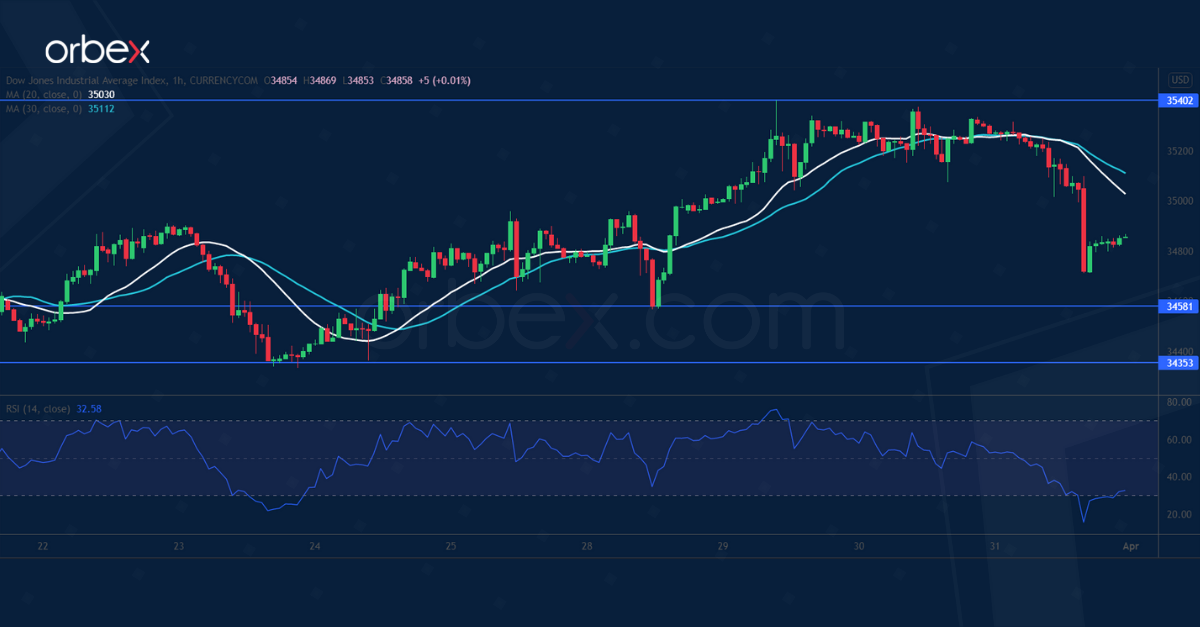 The Dow Jones 30 retreats on profit-taking as the first quarter draws to an end. A bullish MA cross on the daily chart suggests that the rebound is picking up steam.

The index hit resistance around 35400 and went horizontal, allowing the bulls to take a breather. Buyers may find relief as the RSI tanks into the oversold area.

A rebound would propel the Dow to February’s high at 35870, where a bullish breakout could resume the uptrend in the medium term. The demand area between 34350 and 34580 is an important level.