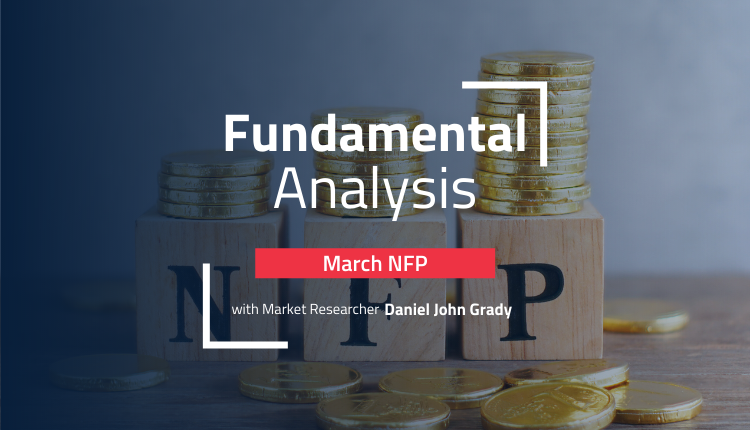 Over the last couple of months, US jobs numbers have come in above expectations. Still, analysts aren’t getting carried away in their projections and are forecasting a relatively modest increase in NFP for March.

The thing is, the market pretty much already knows what to expect with rate hikes from the Fed. There is some debate as to the total number. Nevertheless, all economists and analysts agree the Fed is going to tighten quite aggressively.

So, without much doubt on monetary policy, variations in the NFP aren’t as likely to have a bigger impact on the markets.

Where there could be an impact

Investors are still divided on whether the Fed will raise rates by 50bps or just 25bps at the next meeting. An unusually high jobs number could incline the balance toward the 50bps option. And a substantial miss would make a 25bps more likely option.

However, that wouldn’t change the overall trajectory of rates, rather whether hikes will be more “front-loaded”. This means that an initial reaction to a beat or miss could fade relatively quickly. Basically, inflation should be the main driver of Fed policy, and consequently the dollar too, over the next few months.

What is a “substantial” beat or loss?

We can have some clues based on prior activity. Up until the pandemic, a “normal” NFP result was a little under 200K jobs created. So, a result below that number could indicate there is reason for concern in the jobs market.

On the upside, there are just under 5.0M jobs still “missing” to return to pre-pandemic levels. That said, if the jobs market was fully recovered by the end of the year, we’d have to see over 500K jobs per month on average. That’s been the case for the last couple of months, and the current forecast.

So, if we get a number well above the previous one, like in the 700K range, it could potentially start reevaluating the market’s position.

Analysts expect March Non-Farm Payrolls to show an addition of 490K jobs. This would be a slowing of the pace compared to the 678K registered prior.

But, of course, there is the possibility of revisions. A large revision in the prior month could change the market outlook, even if we get a result bang in line with expectations.

The Unemployment rate could also tick down to 3.7% from the current 3.8%.

The Fed has already confirmed that they see unemployment near the structural level, so it could get more coverage in the popular press. Nonetheless, it’s not likely to have as much impact on the markets. And the rate can be offset by the participation rate, which should remain steady at 62.3%.

The Fed’s move to tackle inflation means that average hourly earnings are likely to be in focus.

Regulators are afraid of a price-wage spiral, so increases in wages are likely to contribute to a more hawkish tone from the Fed. Annual Average Hourly Wages change could accelerate to 5.5% from 5.1% in the prior reading.