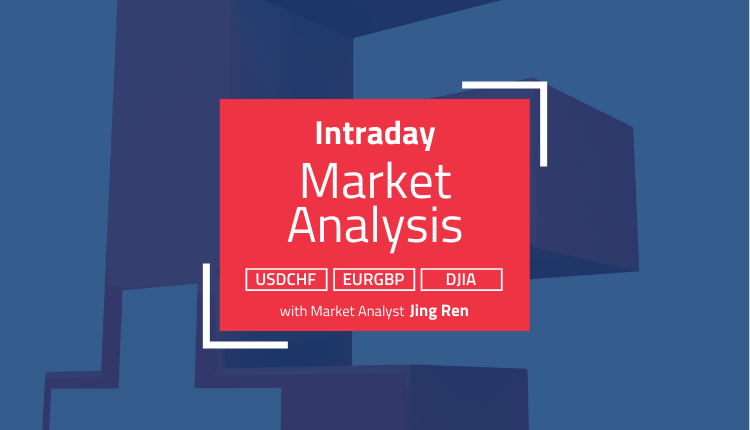 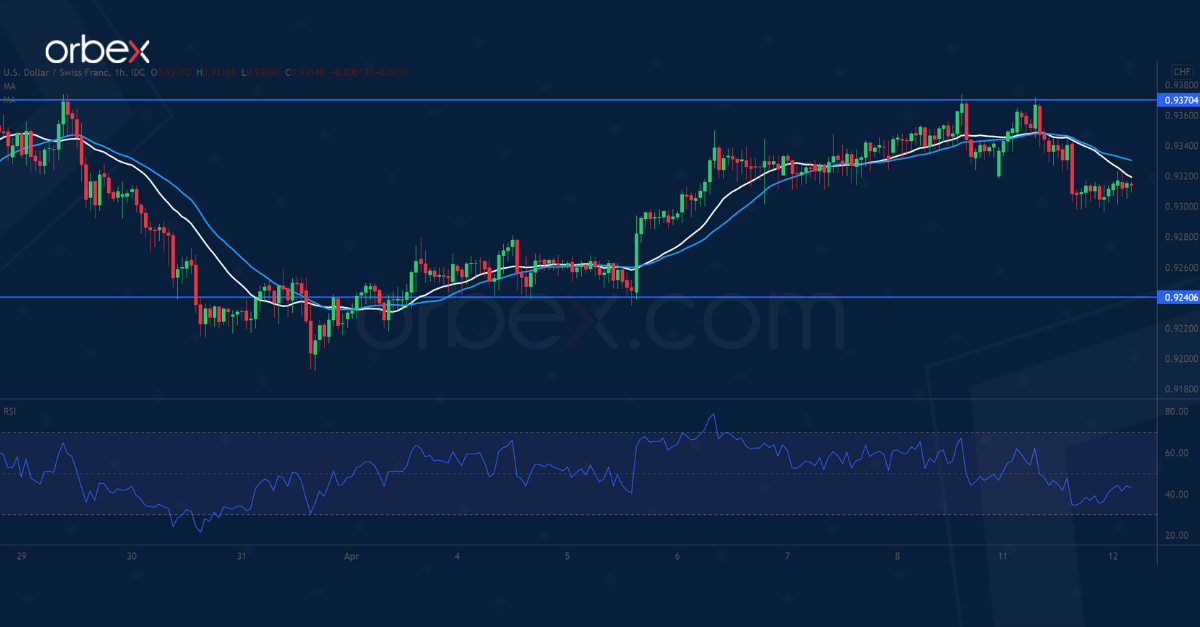 The Swiss franc rallies across the board as traders dump risk assets for safe haven ones amid uncertainty. The latest rebound came to a halt at 0.9370 from the late March sell-off.

The RSI’s double top in the overbought zone prompted intraday buyers to take profit, weakening the upward momentum. A bullish close would lift offers to the recent peak at 0.9460, where strong selling pressure could be expected. 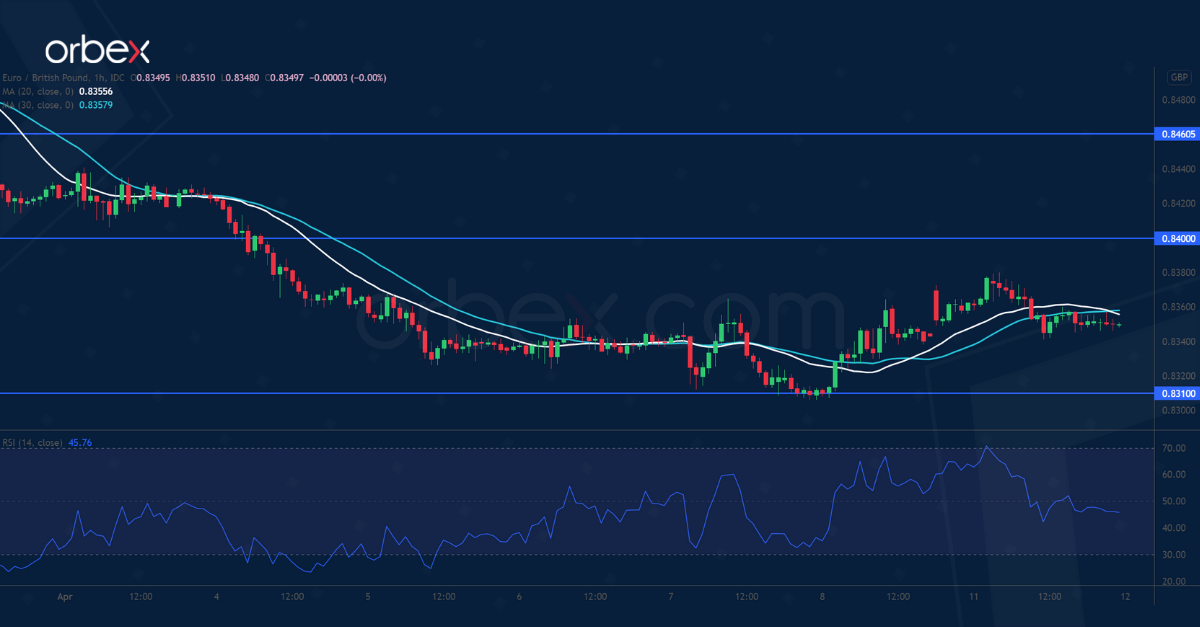 The sterling softened after Britain’s GDP fell short of expectations in February. The euro found support in the demand zone between 0.8300 and 0.8310, an important level from the daily chart.

The ensuing break above 0.8360 flushed out some selling interests and could pave the way for a sustained bounce. 0.8400 is the next hurdle and its breach may propel the single currency to the previous high (0.8510).

An overbought RSI may cause a temporary pullback and the bulls may see it as an opportunity to join in.

US 30 struggles for support 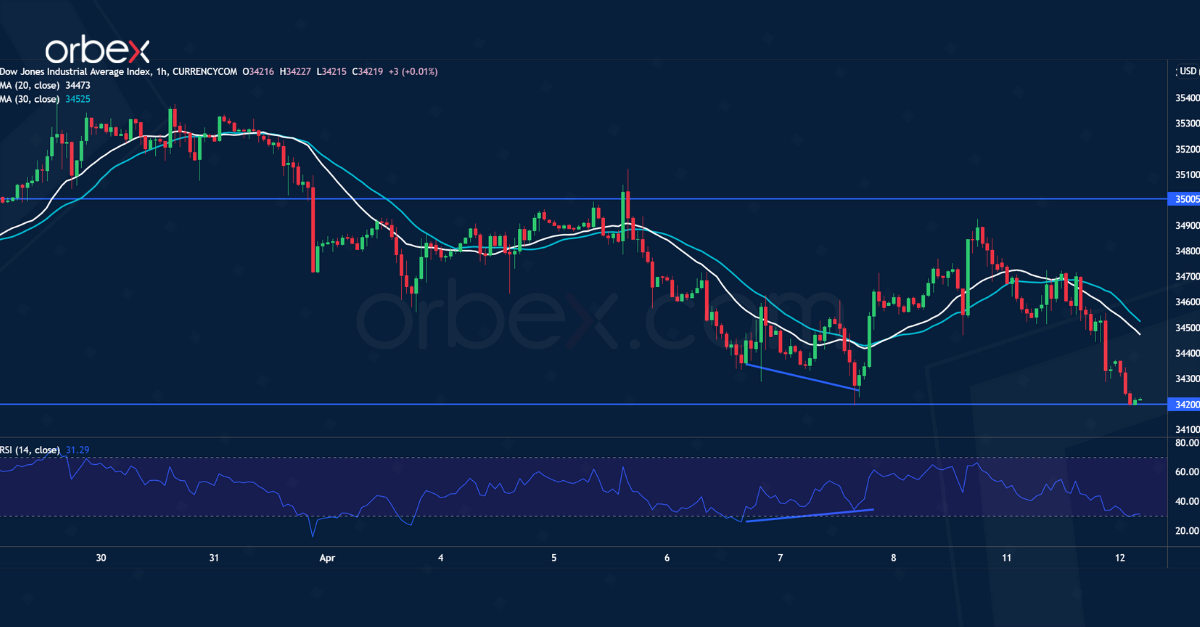 The Dow Jones 30 turns south as US Treasury yields continue to climb. The index briefly found support over the 30-day moving average (34200).

A bullish RSI divergence indicates a deceleration in the current sell-off. Nonetheless, the bulls’ struggle to push past 35000 suggests that short-term sentiment remains cautious.

On the downside, a fall below 34200 could trigger a broader liquidation, causing an extended consolidation in the days to come. 33500 at the origin of the previous breakout would be the next support.