Canadian Employment, and the End of CAD Strength? 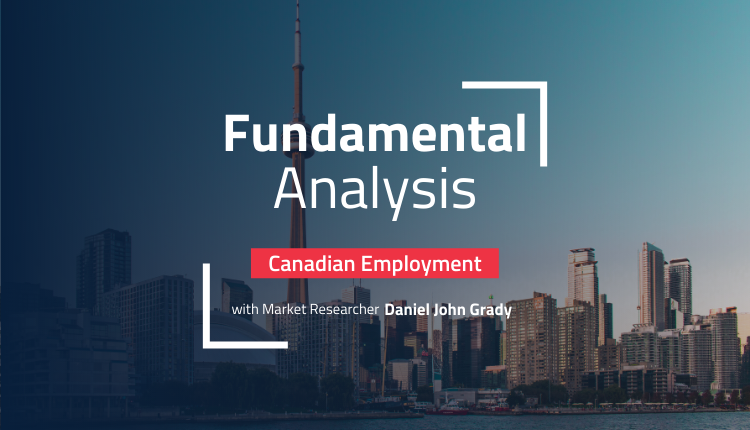 Yesterday, WTI Crude closed below $100/bbl for the third time since the start of the Russia-Ukraine war. Unsurprisingly, the USDCAD has been rising over the last couple of days as crude represents the largest export from Canada.

But now the question is if crude stays at or below the three-figure handle, could the pair move back to its early March levels?

Of course, crude isn’t the only issue that’s driving the price of the loonie. Canada was relatively slow to lift covid-related restrictions, meaning that the country has more of a “runway” of recovery growth.

Nonetheless, better economic performance doesn’t necessarily translate into currency strength. Particularly when monetary policy can cause differences with other economies.

The BOC most recently raised rates by 25bps, maintaining the interest rate spread between Canada and its largest trade partner, the United States.

The underlying conditions between the two countries are somewhat different though. Canada has a lower inflation rate than its southern neighbor. Mind you, it’s still almost three times the target rate, which means that there could be some action from the BOC. However, it’s not almost four times the target rate, which is what the Fed is dealing with.

Of course, the BOC doesn’t have a dual mandate to keep unemployment low. Conventional thinking in central banks is that low unemployment correlates with inflation, so it is still a factor contributing to monetary policy.

In the short term, the BOC could raise rates in tandem with the Fed, as they are dealing with a similar situation. But the rate trajectory might not be as steep as for the United States. That’s because the BOC doesn’t have as bad of an inflation problem and still has room in the labor market.

In turn, this could mean the CAD might be weaker over the coming months, even if crude prices remain elevated. And if crude prices also fall, then there could be two forces pushing USDCAD higher.

Something that could throw a bit of a speed bump in that trajectory is if there is a substantial improvement in the Canadian labor market. Since high employment rates would likely be a threat to keeping inflation under control and could encourage the BOC to take a tougher stance.

Analysts anticipate Canada’s March Employment Change number to significantly slow down from February’s extraordinarily high figure. Specifically, there’s an expectation of an addition of 80K jobs, in comparison to the 336.6K in the prior month. This would bring the job creation rate back to its regular recovery levels.

The unemployment rate is forecast to drop to 5.3% from 5.5% prior, on a stable participation rate. That’s still above the structural level. But it implies an important move towards the level where the BOC could start considering it a factor.