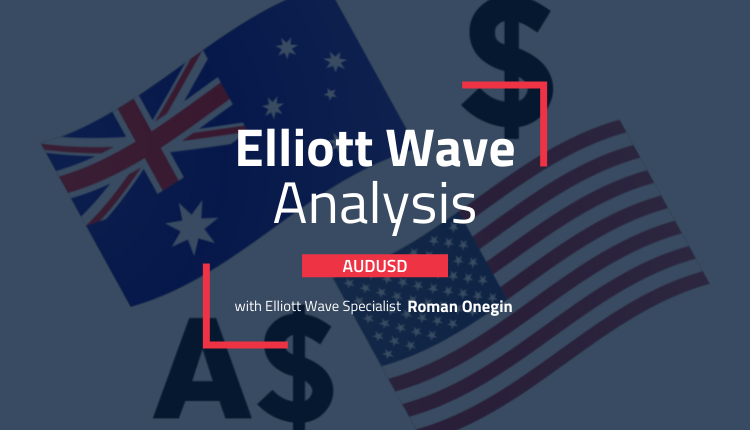 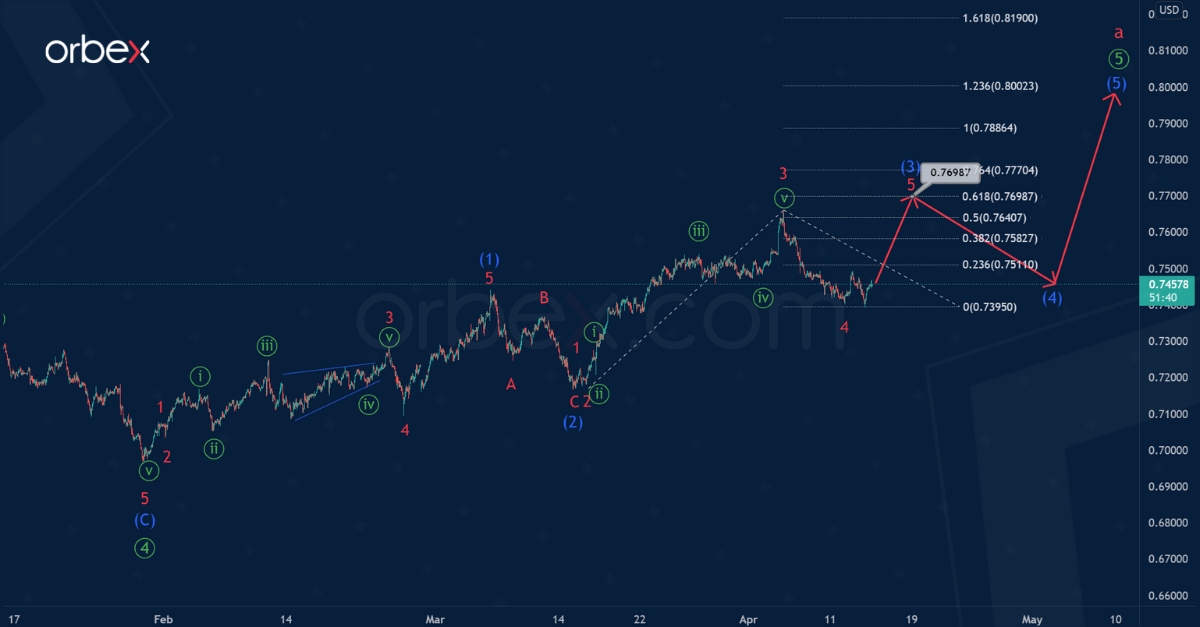 AUDUSD suggests the formation of a large impulse of a cycle degree that consists of primary sub-waves ①-②-③-④-⑤. The current chart shows the internal structure of the final wave ⑤.

Apparently, wave (3) has not yet completed its impulse. In the near future, there could be a continuation of price growth in the minor sub-wave 5. 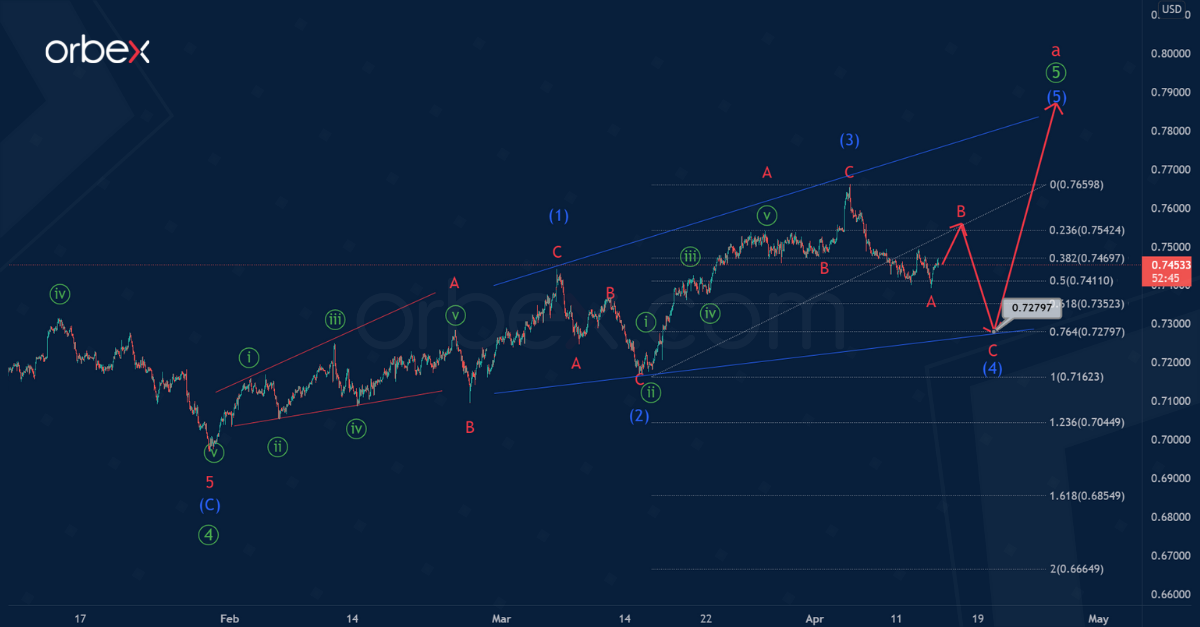 Alternatively, the primary wave ⑤ does not take the form of an impulse, but of an ending diagonal.

Therefore, the formation of the intermediate wave (3) is already fully complete. This is a minor simple zigzag A-B-C.

Thus, a correction wave (4) of the intermediate degree is currently under construction. It is likely that wave (4) will end at 0.727, forming a bearish zigzag A-B-C.

The probability of reaching this level is high since at that level, wave (4) will be at 76.4% along the Fibonacci lines of wave (3).