USDJPY Bullish Impulse Could Peak At 121.00 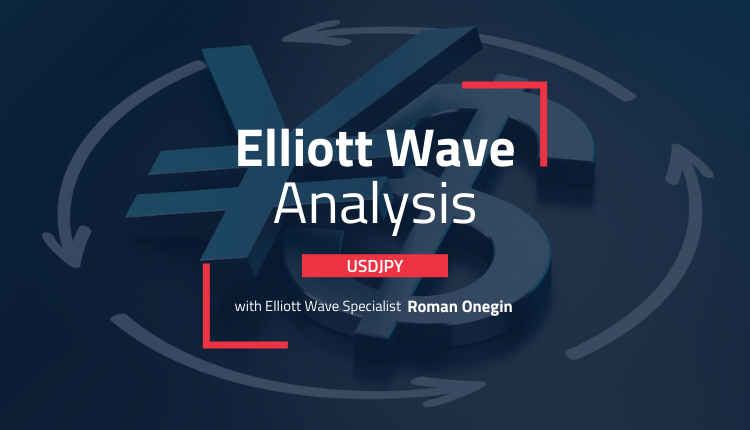 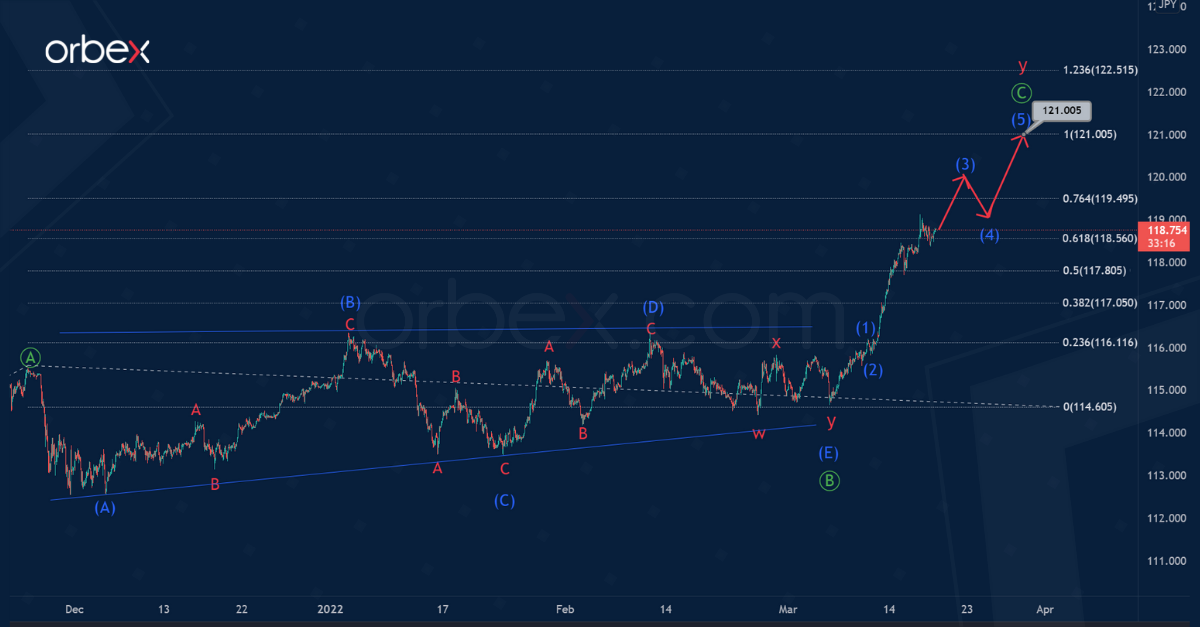 The USDJPY currency pair shows a cycle of sub-waves w-x-y.

Currently, we see the final actionary wave y, taking the form of a primary simple [A]-[B]-[C] zigzag. The correction wave [B] ended in the form of a contracting horizontal triangle, with intermediate sub-waves (A)-(B)-(C)-(D)-(E).

It is possible that the pair’s growth will end near 121.00. At that level, primary impulses [A] and [C] will be equal. 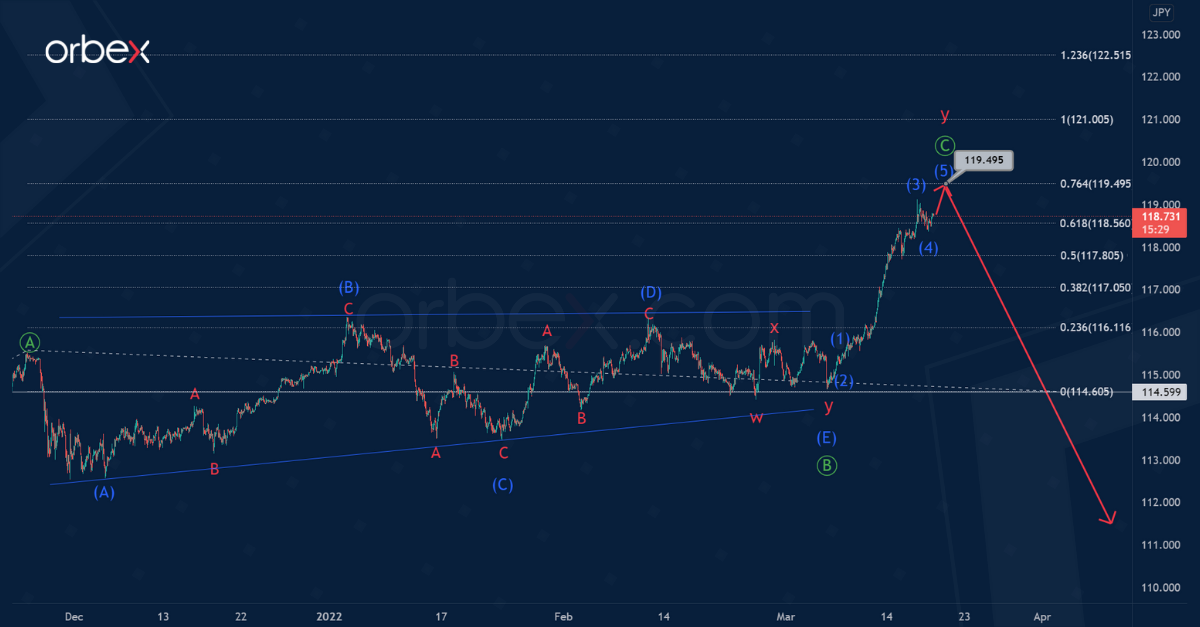 Alternatively, the primary impulse wave [C] could complete its pattern much earlier, near the price level of 119.49.

At that level, it will be at the 76.4% Fibonacci extension of impulse wave [A]. In zigzags, waves with such proportions are very common.

If this scenario happens, then the market, having reached the level of 111.49, will turn around and start moving in a downward direction. That said, the development of a new bearish trend will begin.

The first target the bears will aim is the minimum of 114.59, marked by a triangular correction [B].