China’s PMIs: A Return to Contraction? 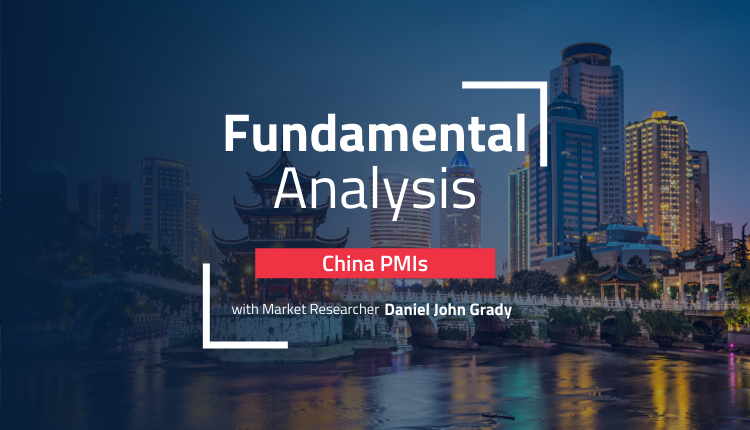 China is experiencing an uptick in covid cases, so it’s not surprising that this will have an impact on the economy.

The question is, how much?

This is particularly relevant for commodity currencies, like the AUD and NZD which rely on Chinese buying. Japan also relies considerably on exports to China, but primarily for machine goods. So, we want to be paying close attention to the Purchasing Managers Indices out of China to see if imports will continue to be strong.

Most notably, on Monday China announced a temporary lockdown on Shanghai. The latest region to announce a three-day lockdown was Xuzhou City in the Jiangsu region just north of Shanghai. If the virus spreads, this could lead to a full lockdown in the country’s second-largest economic region. The region is the center for China’s high-tech products, including electronics.

While this might have a smaller impact on imports, it could mean further supply chain problems (and inflation) in major markets in the US and Europe.

There are other things brewing

The spread of covid is also creating a regulatory hurdle for the country. Chinese stocks were already impacted as the US imposed stricter auditing measures for firms looking to trade in New York. With questions about the financial viability of many of the large firms given their exposure to the housing market, there has been a renewed demand for auditing.

But many of those companies are unlikely to be able to file audited results by the end of the month. Specifically, they are arguing that they can’t complete the process because of covid. The situation risks further downgrades by rating agencies. That said, Fitch was the latest to express concern over the lack of receipt of auditing files.

Loss of credit status would likely make it harder for Chinese firms to buy from funds overseas, and restrict access to foreign capital. The PBOC is on an easing track, while the US and Europe are likely to continue raising rates. The yield gap between the currencies could lead to a weaker yuan and easier Chinese exports.

If factories must shut down for temporary lockdowns, purchasing managers might be less willing to build inventory. So, if Manufacturing PMIs drop below 50 (meaning they expect an economic contraction), then commodity currencies could suffer a bit.

Analysts project the official NBS Manufacturing PMI to come in at 49.9, down from 50.2 prior. Although practically speaking there is little change, the drop below 50 could have a bigger psychological effect.

The private Caixin Manufacturing PMI survey on Friday could also have a similar change, moving to 50.0 compared to 50.4 prior. That’s not a major move.

If it misses by just one decimal though, it could fall below that important psychological level. In turn, that would confirm a less optimistic outlook just before the weekend.