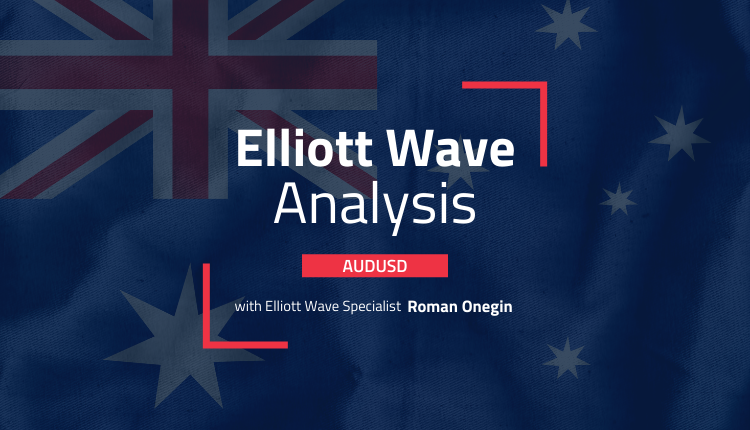 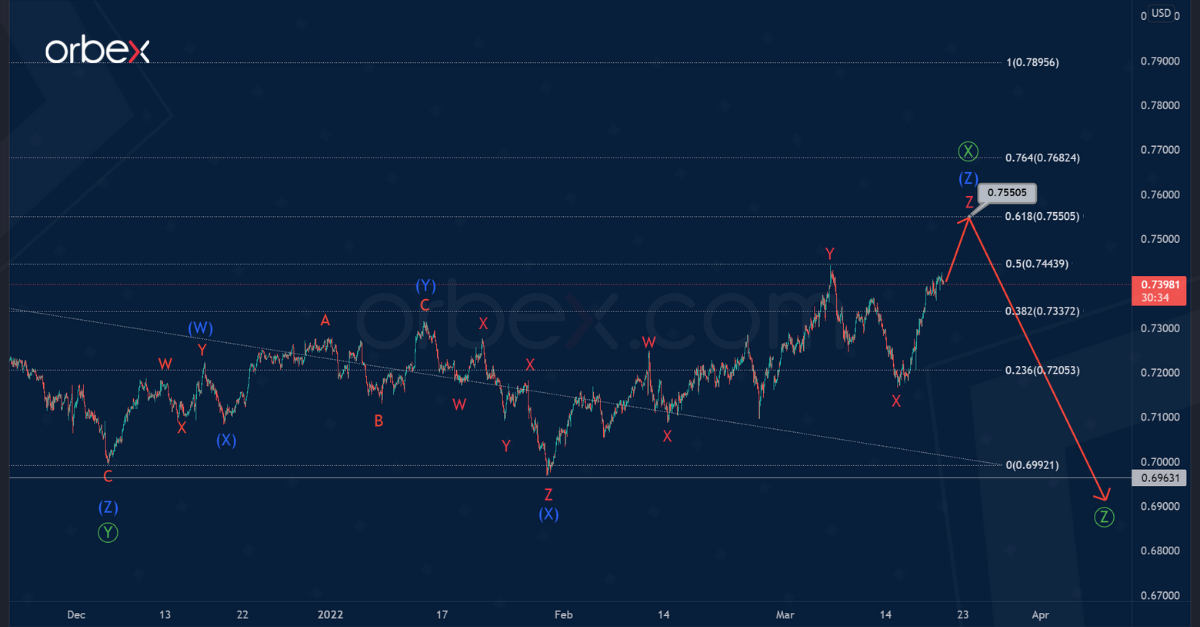 AUDUSD seems to be forming a bearish triple zigzag Ⓦ-Ⓧ-Ⓨ-Ⓧ-Ⓩ.

At the time of writing, a bullish intervening wave Ⓧ is under development. This can take the form of an intermediate triple (W)-(X)-(Y)-(X)-(Z) zigzag.

After reaching the specified level, the price could fall in the primary wave Ⓩ below the minimum of 0.696 marked by the wave (X). 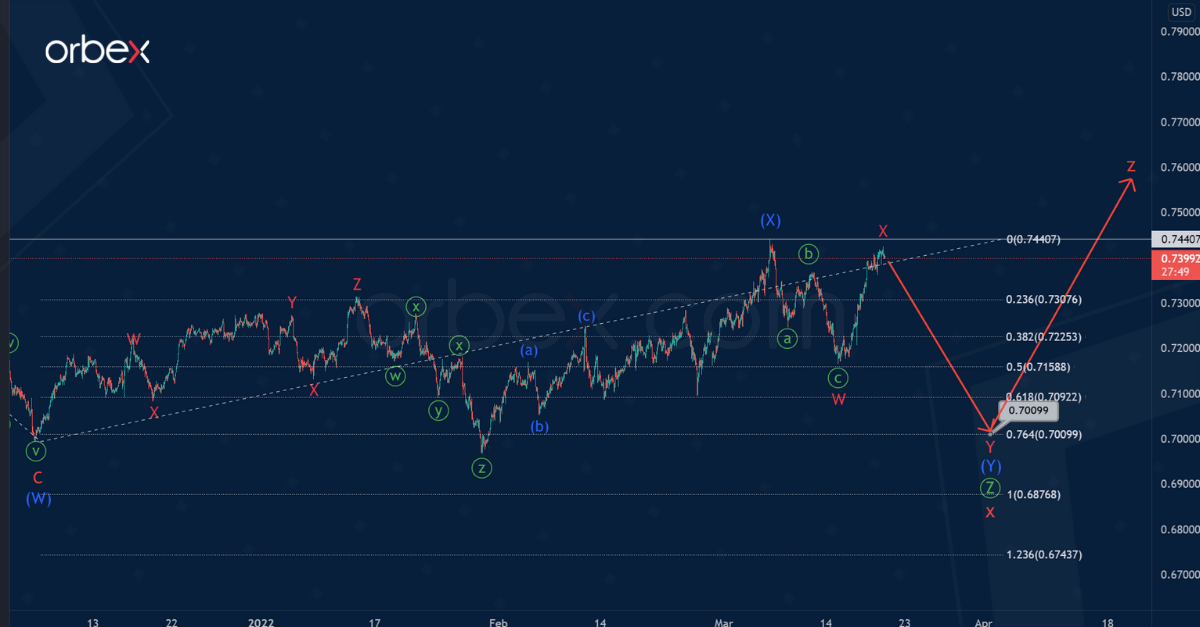 An alternative option is also possible, in which the market is in the final part of the primary wave Ⓩ.

Most likely, this wave is a double three (W)-(X)-(Y), which requires an intermediate wave (Y) to complete. According to the internal structure, this wave is similar to a double zigzag W-X-Y of the minor degree.

After reaching the specified price level, a cycle wave z is expected to develop above the maximum of 0.731. This is marked by wave X.