OPEC+ To Stay the Course Despite Volatility 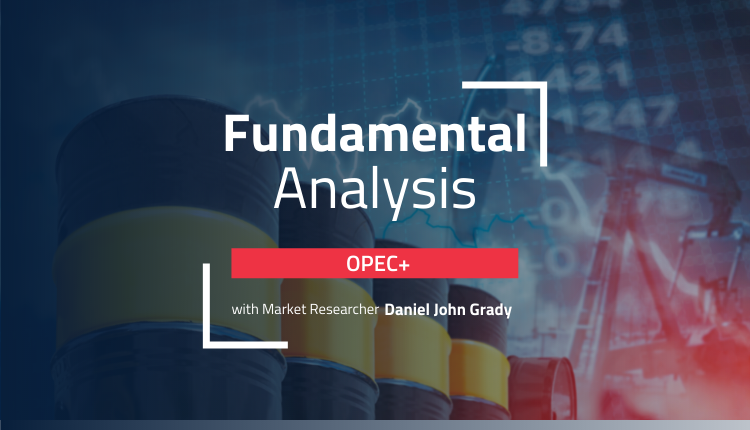 In the energy space, probably the biggest event this week is tomorrow’s OPEC+ meeting, where they are expected to decide output levels.

Today we have the Joint Ministerial Monitoring Committee (JMMC), which prepares the report on which the final decision is made. Both events could shake up the markets, as transportation costs have become a major factor in the economic outlook.

Yesterday, Brent reached a 7-year high but backed off a bit at the close. Despite the record-high prices, there isn’t much speculation that OPEC will change its stance on gradual increases in output.

The consensus is that OPEC+ will agree tomorrow to raise production by the scheduled 400k bbl/day, the same as prior months.

The rationale behind the move

Last week, reports circulated that OPEC+ delegates were mostly in agreement about sticking to the plan for modest output increases in the medium term.

This was based on a general view that the recent rally in prices was due to short-term geopolitical risks, and fuel switching to address increased natural gas costs.

In other words, crude prices were not rising due to organic demand. In OPEC’s monthly report, they cut their outlook for demand, further cementing the idea.

The output agreement reached at the next meeting comes into effect in March. By then, Europe would be moving into spring, and energy demand for heating would presumably be lower.

Also, there is a general idea that by then the Russian-Ukraine situation might be resolved, as Russia’s main bargaining chip would be less valuable. Additionally, that’s close to the expected date for Nord Stream II to complete its current regulatory hurdles.

Analysts still point to the potential of “demand destruction” as a risk for oil prices, whether that’s through new lockdowns to fight off a new covid variant, or simply because prices remain high.

On the other hand, the drive towards renewables and the expected widespread adoption of EVs is supposed to put downward pressure on demand in the long term.

The contradictory message particularly from the White House doesn’t help resolve the doubts about price outlook.

Alternatively, the government is pushing for a reduction of fossil fuel consumption and promoting alternative energies, which would reduce demand. They are saying that demand outstrips supply, and are seeking for producers to increase output.

With higher inflation comes more demand for commodities. With the Fed finally looking to curb inflation, the dollar could recover some of its relative strength.

However, the Fed’s actions aren’t likely to take effect until March, and after the next OPEC+ meeting. Thus, most factors continue to point to maintaining the status quo.