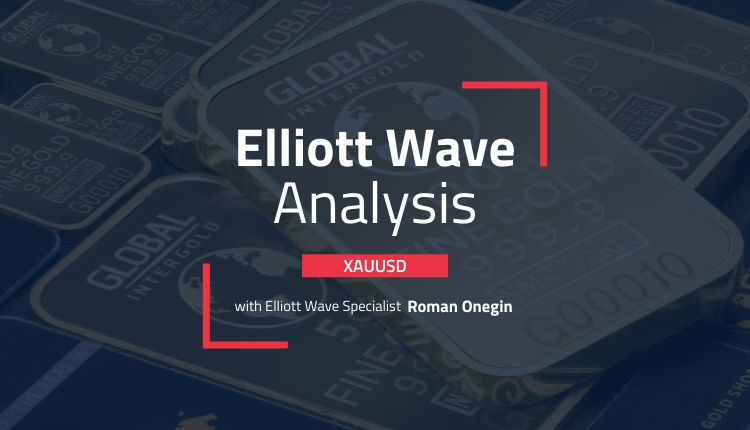 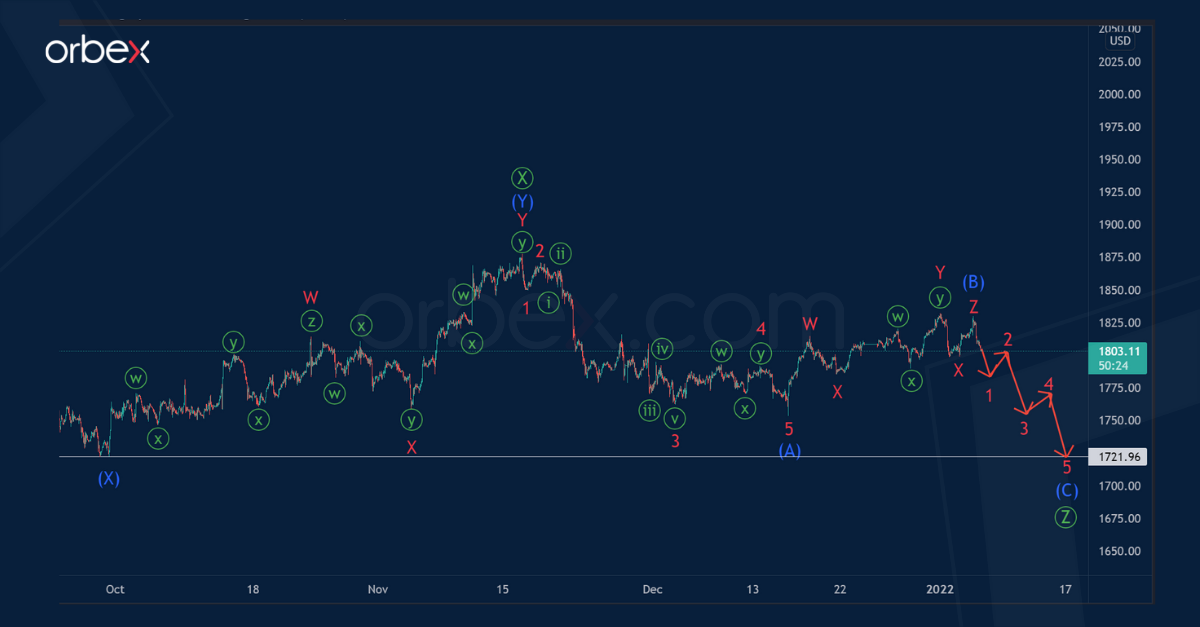 It is likely that gold is moving within the major correction trend, which takes the form of a triple zigzag Ⓦ-Ⓧ-Ⓨ-Ⓧ-Ⓩ of the primary degree.

Most likely, the four parts of this triple zigzag are already fully complete. We are now in the final actionary wave Ⓩ. It is likely that it will be simple in shape and will take the form of a bearish zigzag (A)-(B)-(C).

Thus, the end of the correction may indicate an impending decline in the last wave (C). This may take the form of an impulse consisting of minor sub-waves 1-2-3-4-5, as indicated in the chart.

The impulse decline may end near the level of 1721.96, which was marked by the intervening wave (X), which is part of the primary wave Ⓧ. 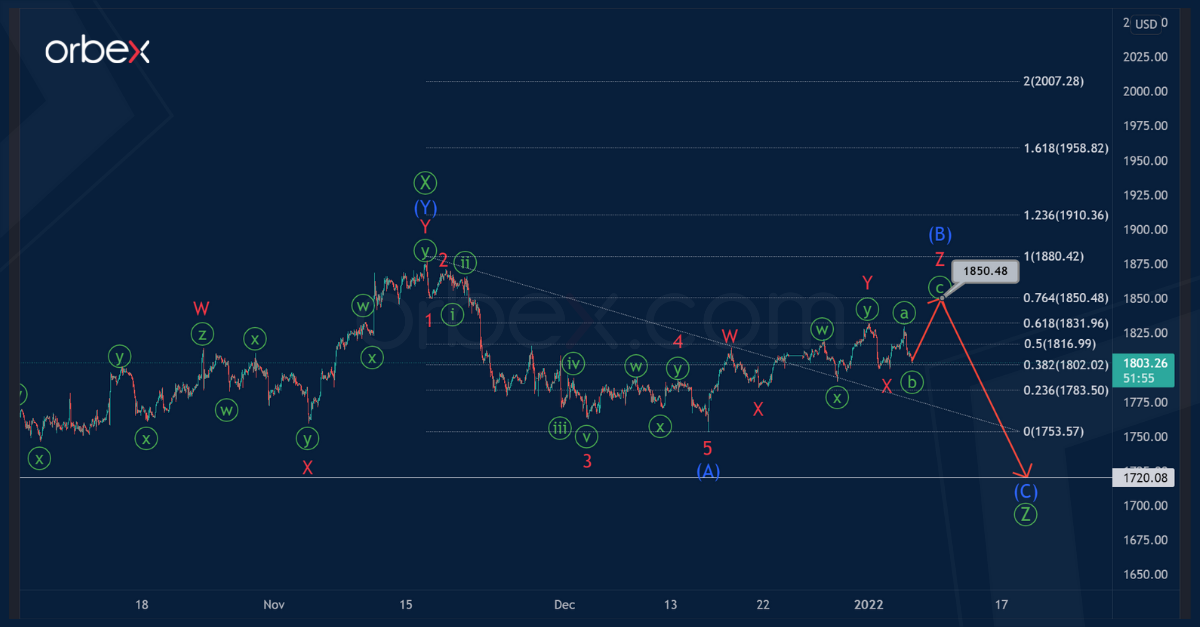 Let’s consider an alternative scenario. Here, the intermediate correction wave (B) is still continuing its development. Most likely, its final actionary sub-wave Z is only half-built.

At the time of writing, we see the completed sub-waves ⓐ-ⓑ of the minute degree, and a minute sub-wave Ⓒ is needed to complete the entire bullish zigzag.

Thus, in the near future, if the market moves according to this scenario, market participants can observe growth in the sub-wave Ⓒ in the direction of the level of 1850.48. At that level, the intermediate wave (B) will be at 76.4% of intermediate impulse wave (A).

Only after the full end of the bullish correction (B), we can observe a drop in gold prices in the intermediate wave (C).