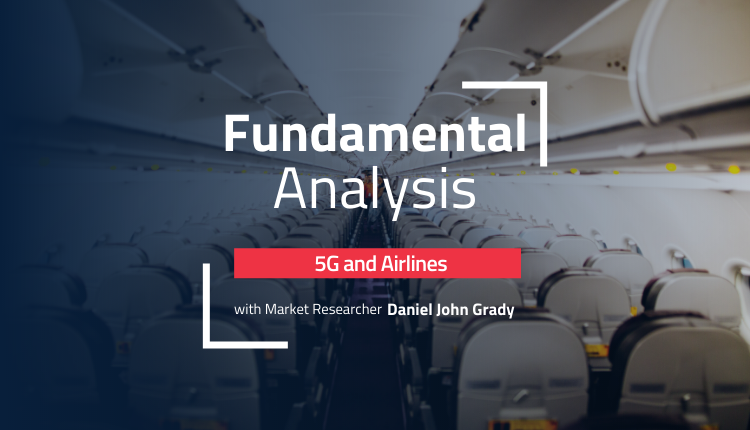 Yesterday, several US airlines, and others who fly to the US, announced they were suspending flights over 5G. Since then, there have been changes, and many have announced that they will resume the flights.

Initially, this gave investors some serious concerns, given the amount of pressure the logistics system in the US already is under. Even if the issue might be resolved (for now) we should know what happened so we can understand whether it will happen again, and what it could mean for the markets.

Why the sudden problem?

Airlines and cell phones have had an uncomfortable relationship for quite some time. Particularly as you still have to turn off your cell phone when flying on a plane. Commercial airliners are supposedly shielded from any potential interference from cell phones, but it is still a precaution. (This also sponsors some conspiracy theories, given how much airlines charge for internet and telephone service to be available on their planes.)

But, the latest cell communication technology has been in the works for a while. Why did it suddenly become a problem? Well, major US cell networks were scheduled to roll out 5G nation-wide today, including AT&T and Verizon.

The 5G service will initially be concentrated around large population centers, such as cities, where airports are. But, the day before yesterday, the FAA announced that less than half of the US aircraft fleet had been certified to fly in low visibility conditions, using specific instruments.

Radio emissions can affect aircrafts’ electronic instruments. Specifically, these can affect altimeters, which airplanes use to measure how high off the ground they are. Clearly, they are an important component of landing.

5G uses a higher frequency than previous data transmission generations. This comes at a cost – that it has a shorter range. However, the increasing input can compensate for that.

Nonetheless, a higher frequency means that more data can be transmitted. Higher frequencies get close to the frequencies of the “C-band” spectrum, which aircraft instrumentation use. In turn, this increases the potential for interference.

Note that helicopters use a slightly lower frequency, and the roll-out of 5G could potentially affect them even more.

They had to have known that, right?

Yes, and it was a behind-the-scenes legal discussion between the FAA, cell providers, and airlines. On Monday, the airlines made the issue public, arguing that the “buffer zones” announced by the FAA around airports were not enough to ensure the safety of the aircraft.

After some tension over the incident, the cell service providers agreed to turn off 5G towers in a wider range around airports, as requested by airlines. However, the FAA will review this guidance in 6 months’ time.

Why hasn’t this been a problem in other countries?

The EU, for example, allocated bandwidths for 5G that were lower frequency and less strong than in the US. This might compromise the quality of the service. Nevertheless, this kept the emissions far enough away from the C-band to satisfy airlines.

5G service is essential to self-driving cars, and cell phone users aren’t going to be happy to lose service near an airport. Eventually, coverage will likely be available within the “buffer” zones, as per the airlines’ request. The hope is that by then the FAA will have time to certify the rest of the fleet, particularly older Boeing models.

In theory, it shouldn’t be a problem again. But we won’t know for sure until the 6-month review process is over.