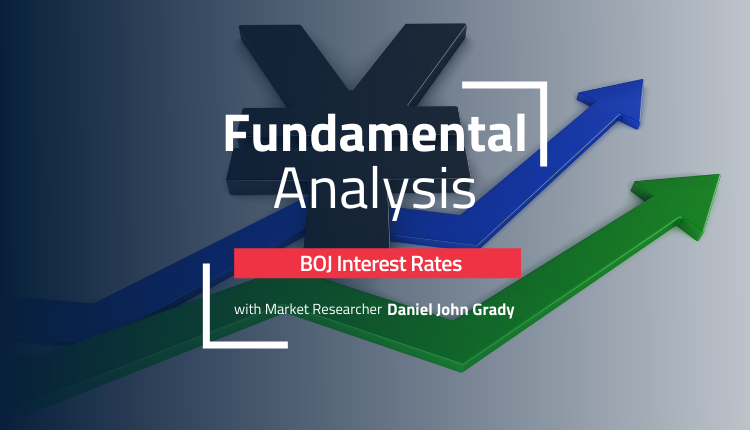 Tonight the BOJ meets for the first policy decision gathering of any of the major central banks. Japan typically doesn’t provide a fixed time for when the results will be released, it’s just whenever the meeting ends.

Nonetheless, this should not concern the markets since no analyst anywhere is expecting the BOJ to modify its policy.

It’s the two things that accompany the policy decision that could have an impact on the markets. Firstly,  BOJ Governor Kuroda’s interminable press conference after the meeting, and secondly, the BOJ’s quarter outlook could rattle the markets.

The outlook is changing

It’s been a long-standing story that Japan has been fighting a lack of inflation for years. That is what has generally cemented the BOJ’s policy of negative rates and what amounts to a massive QE program.

However, in the covid recovery world, global price trends have shifted, and it appears that Japan won’t be an exception.

Inflation has been rising for almost half a year at this point and has in fact turned positive. It remains far from the BOJ’s target but it’s trending in what the current economic consensus determines as the ‘right’ direction.

Since regulators are now willing to acknowledge that inflation isn’t going to be ‘temporary’ the question is: how much will inflation in Japan rise? Will it be enough for the BOJ to end its decades-long easing streak? Will the BOJ finally be able to move out of negative rates?

The crux of the matter

The BOJ has long held that inflation will be under pressure for a long time. They even continued to insist on that throughout the last quarter when inflation finally turned positive.

However, given the current trend, there is an overall agreement among analysts believing that the BOJ’s quarterly report will change their inflation outlook. There is a strong consensus that the BOJ will drop the “inflation trends are skewed to the downside” language. Nonetheless, there isn’t unanimous consent on how hawkish the inflation language will be.

The BOJ already discussed rising inflation at the last meeting, and Governor Kuroda even admitted that the trend had shifted towards higher inflation. So, there won’t be all that much of a shock to the markets, because the BOJ will most likely adjust its outlook.

The BOJ currently expects inflation to be at 0.9% or 1.0% for this year. That would still be below target, and will likely not cause any change in BOJ policy in the near term.

So, we wouldn’t expect the market to be riled up. Particularly as many analysts are also expecting a trim to the GDP outlook. It currently forecasts a growth of 3.4% this year. If the BOJ raises its inflation outlook but cuts GDP outlook, it could come out as a wash in terms of how the market will perceive this.

Realistically, it could all come down to Kuroda’s presser, where he will have to clarify the inflation outlook. Should his comments come off as more hawkish, or lead investors to think that the BOJ cares more about inflation than growth, we could see the JPY getting stronger.