What is “Wage Inflation” and Why Should Traders Care About It? 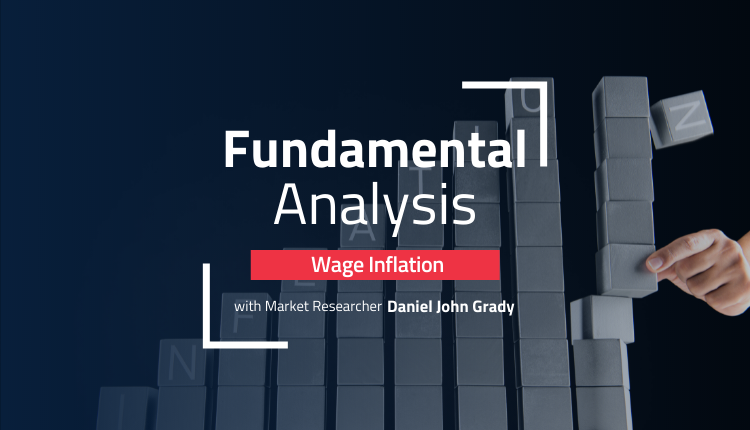 It’s become increasingly common for central bankers around the world to talk about inflation. In fact, it’s so common that many might not see why that’s odd.

The Fed, of course, has its famous “dual mandate” of maintaining currency stability and reducing unemployment. But that’s not the case for all other major central banks, like the BOE, BOJ, ECB, RBNZ, RBA, etc.

So, why are all these central bankers talking about employment in terms of how they set their policy? They should be focusing on currency stability as their mandate. Many are seeing inflation going up. However, they are delaying taking action while talking about the labor situation and the need to cut unemployment.

There is a direct correlation between wages and inflation.

After all, people need money if they are going to spend more of it. And most people get their money from jobs. Even people who don’t get their money from salaries, often do so indirectly. For example, small businesses that offer a service will often rely on wage earners as their customers.

So, the theory is that if you have high unemployment, people will be more worried about losing their job, and less willing to spend. If someone is unemployed, then they should be less willing to pay higher prices for the same goods.

Getting it under control

Wage inflation happens when people see prices going up and demand higher wages. This opens the possibility of a wage-inflation spiral, which many economists suggest is the cause of uncontrolled inflation to hyperinflation.

If prices rise, then employees demand higher pay. This in turn causes employers to need to raise prices, which just makes everything go around in circles.

Rising consumer prices can be transitory and potentially be absorbed by the economy. This could happen either by businesses making less real profits, or employees having less purchasing power. Usually, it’s a combination of both.

But once wages start rising to compensate for the higher cost of goods, then central banks can start worrying about a chain reaction.

What it means for the markets

Central bankers believe they have the tools to control wage inflation by raising interest rates. This makes it harder for businesses and consumers to find capital, and that lowers demand. At least, according to theory, which so far hasn’t been tested in the real world.

In general, central banks like to set policies for the long term. And making adjustments isn’t something they are comfortable with, as it implies more risk and can shake up the markets. So, they prefer to look at “long-term” inflation measures to determine price stability.

Changes in wage prices typically come behind a lagging indicator, which is employment. In other words, by the time there is wage inflation, there have already been a lot of other kinds of inflation.

As long as the regulators think the economy is underperforming, they believe they can keep an easy economic policy to prop it up. They’ll tolerate a little bit of inflation. But once they see signs of wage inflation, then they will likely see that the time for easing is coming to an end.

Therefore, if you want to know if a central bank is likely to keep tightening, or hold off on tightening for a while, listen to what they say about wage inflation.