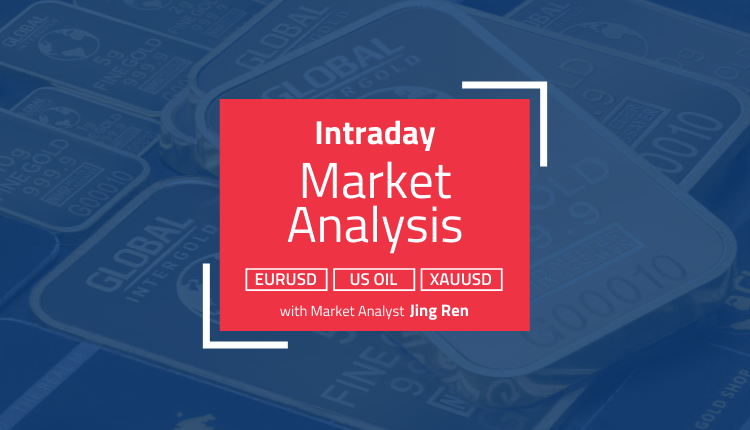 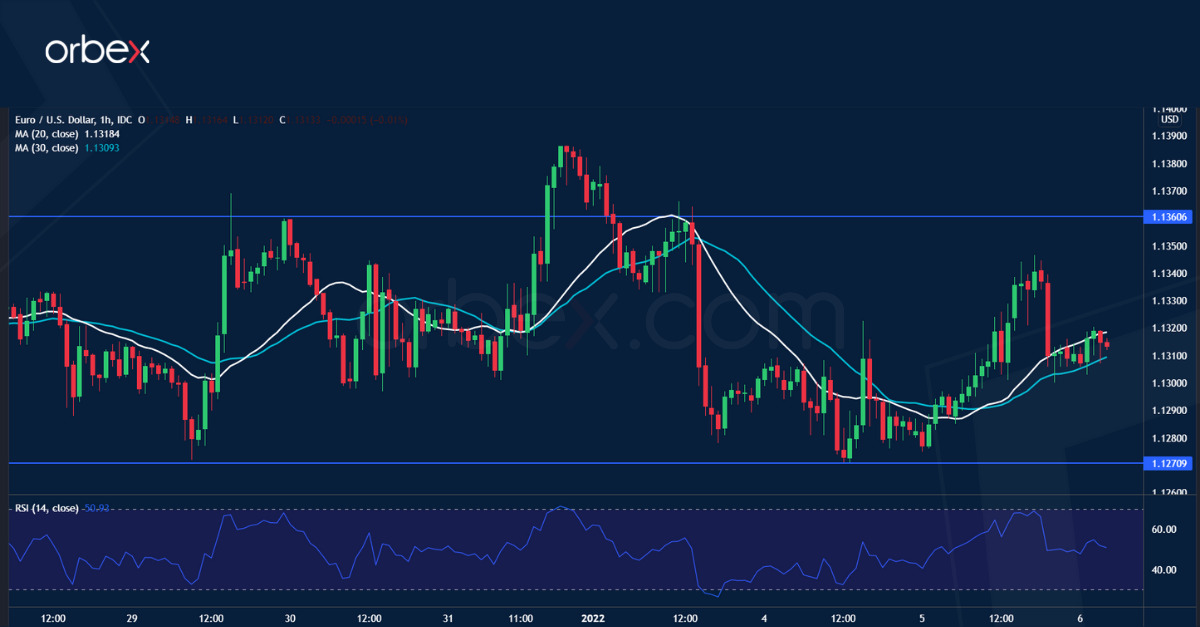 The US dollar recouped some losses after the FOMC minutes hinted at faster tightening.

A drop below 1.1300 has shaken out weak hands as the euro’s consolidation extends. The lack of lasting momentum suggests indecision among market participants.

An oversold RSI attracted buying interest in the demand zone around 1.1270. Buyers will need to push above 1.1360 before they could hope for a bullish reversal. 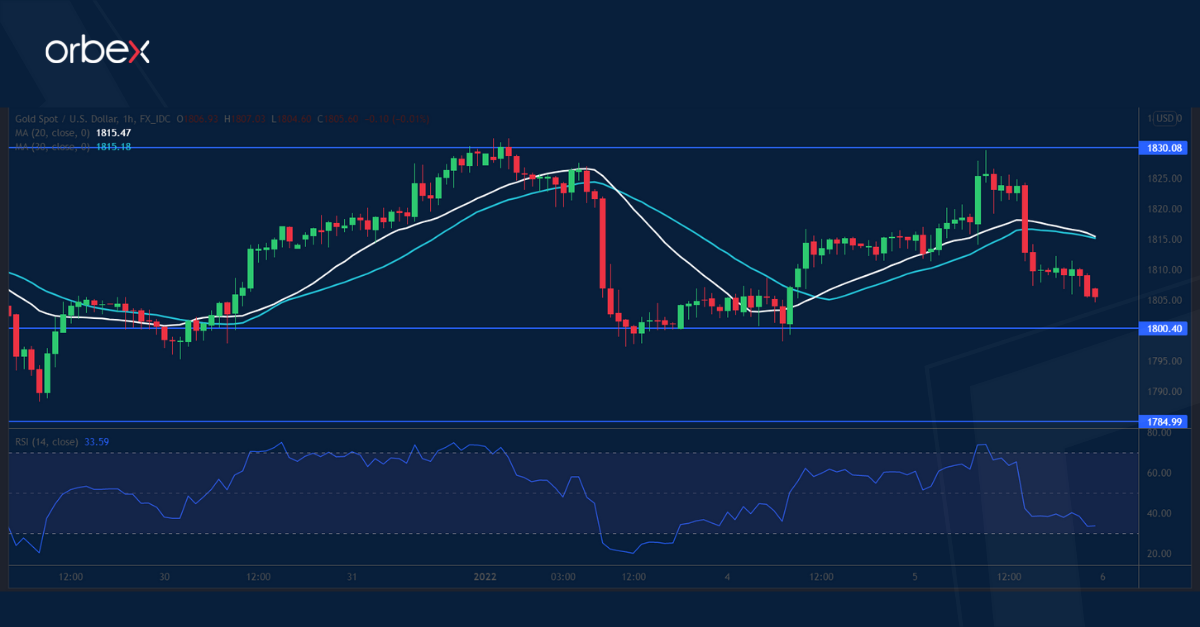 Gold bounces back as the US dollar weakens across the board. The rally had come to a halt at the supply zone near 1830 where the November sell-off triggered a wave of liquidation.

Since then, the psychological level of 1800 offered strong support while the RSI showed a double bottom in the oversold area.

A close above 1830 would extend the recovery to November’s peak at 1870, a prerequisite for a bullish reversal in the medium term. 1785 would be the second layer of support in case of a deeper pullback. 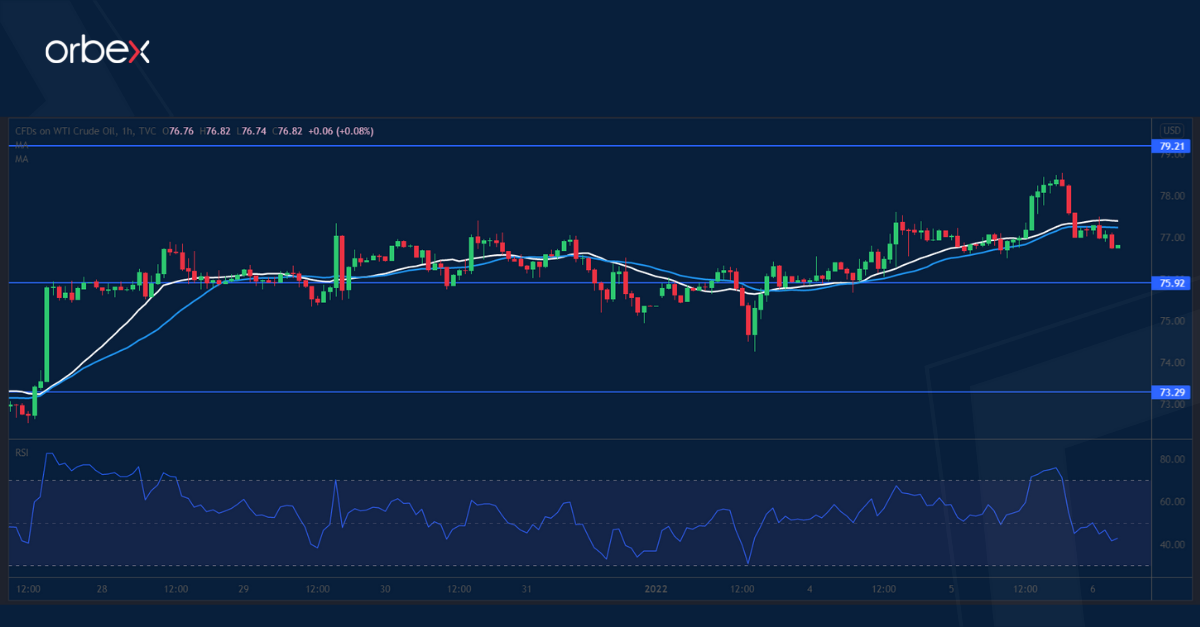 WTI crude retreats over a smaller-than-expected drop in US stockpiles. The current rally gained traction after the bulls managed to lift offers at the psychological level of 77.00, providing a boost to overall sentiment.

The daily resistance from the November drawdown (79.20) is the next hurdle and its breach could propel the price action to 83.00.

The RSI’s overbought situation has prompted intraday traders to take profit, driving down the price momentarily. 75.90 is the closest support if the surge runs out of steam.

German Inflation: Will the ECB Act?