Price and Consumer Activity for Japan, the UK, and Canada 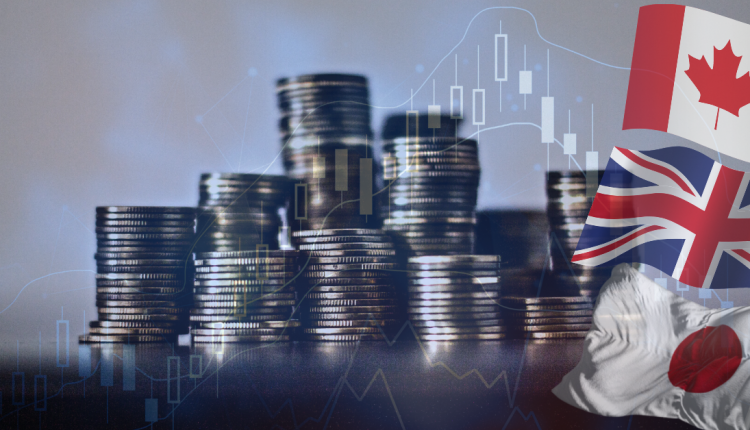 We’re heading into the final round of central bank meetings before the holidays. On top of that, covid cases across Europe and the northern parts of North America continue to rise.

With winter setting in, normally this is a time for consumer exuberance ahead of the holiday season. But, that might not be the case this year.

All of that plays into inflation expectations.

As prices rise, the basic laws of economics suggest that people will slow down their buying. However, throughout the pandemic, a lot of people have had the opportunity to save, and might not be deterred by higher consumer prices yet.

On the other hand, if we see that consumer confidence and retail sales start to slip, then that might be the first sign that inflation might be leveling off. From a monetary policy point of view, that might be positive. Following that, however, economic activity would be slower.

The combination of higher inflation and lower consumer confidence is an ingredient for higher stocks and generally weaker reserve currencies. As long as central banks keep pushing off tightening (citing weak economic activity and sluggish consumer demand), we could expect inflation to remain high.

That would likely keep the focus on tech stocks and continue to support commodity currencies. Unfortunately, this would be at the expense of industrial stocks and major currencies like the yen, the dollar, and the euro.

The first to report through the night is Japan. Analysts expect that annual inflation for October to be at 0.1%, down from 0.2% in September. Such a small change could be due simply to rounding.

The expectation for Japan’s inflation outlook is to remain stable, so the move of a decimal in the rate shouldn’t have a major impact on the currency. The core inflation rate should remain stable at 0.1%, the same as last month.

That said, there is no foreseeable change in the BOJ policy any time soon.

Next up we have the November UK GfK Consumer Confidence.

The projection for this data is to advance further into negative to -18 from -17. That would alarming, for it is the worst it’s been since February of this year. In addition, it continues the negative trend since the summer.

The annual UK October retail sales could slip further into the negative to -2.0% from -1.3% prior. However, some of that might be due to the unusual comparables from covid impacts. The monthly change could show a growth of 0.5% compared to -0.2% in September.

Even when stripping out the fuel from retail sales, we get an expectation of a more dramatic improvement to 0.6% from -0.6% in September.

Economists anticipate that the September monthly retail sales in Canada declined to -1.7%, compared to an increase of 2.1% in August. But, if we remove the auto sales segment, we see a positive shift to the upside. And the expectations for retail sales ex autos are at -1.0%, compared to 2.8% in the prior month.

Evidently, this tracking is in the wrong direction, but it shows that the weakness in the Canadian economy is dependent more on external factors. Canadian economic activity might see a rebound once the chip issue is resolved.