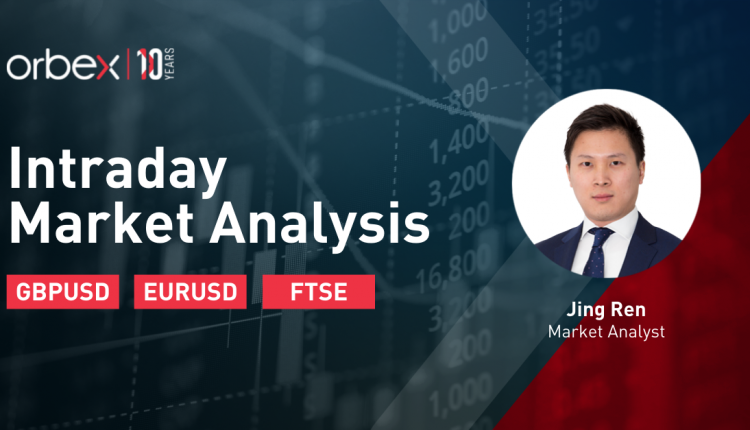 A series of higher highs have prompted sellers to cover their bets. The pair is now testing the supply zone around 1.3650, this was previously major support on the daily chart.

Sentiment remains bearish judging by falling moving averages. Strong selling interest could be below 1.3750 as sellers wait to fade the rebound. 1.3550 is the immediate support and its breach would send the sterling back to 1.3420.

The US dollar consolidates gains as traders await the FOMC Minutes to confirm the tapering in November.

The pair has sunk into bearish territory after it broke the daily support at 1.1620. The latest rebound has been capped by the fresh supply area around 1.1585. As the RSI recovered into the neutral zone, short-term trend followers may continue to sell into strength.

The psychological level of 1.1500 would be the next target when the current consolidation ends. A deeper correction would drive price action to 1.1400.

The UK 100 recovers to major resistance

The FTSE 100 inched higher after Britain’s unemployment rate fell to 4.5%.

The index has met strong buying interest over the key support (6830) on the daily chart. The triple bottom is an indication of the bulls’ commitment to maintaining the uptrend.

A surge above 7085 has attracted more attention as the price swiftly recovered above the psychological tag of 7000 once again.

A breakout above 7170 would signal a bullish continuation, triggering a runaway rally as those who are patiently waiting on the sidelines bid up.