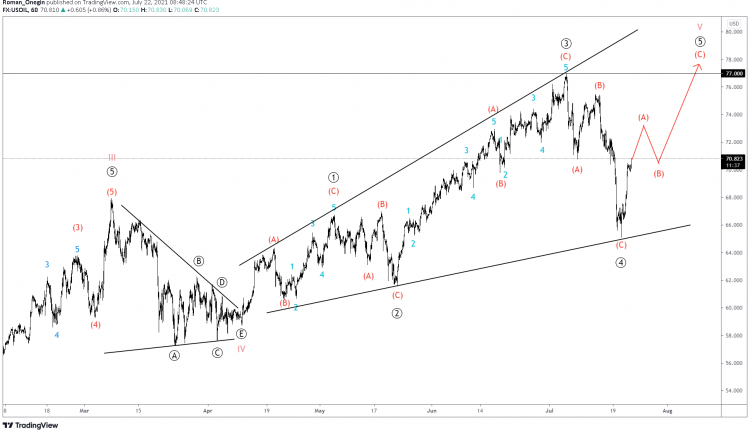 The USOIL formation shows the development of a bullish trend. Most likely, there is a construction of an impulse wave, which consists of five sub-waves of a cycle degree. On the chart, we can see the final part of the cycle wave III, as well as the triangular correction IV.

The final wave V is currently under development. Its internal structure is similar to the ending diagonal, since the end of the fourth primary wave has gone beyond the end of the primary zigzag wave ①.

In the near future, the market could form an intermediate (A)-(B)-(C) zigzag, which will complete the primary wave ⑤. It is possible that the price will go above the level of 77.00. 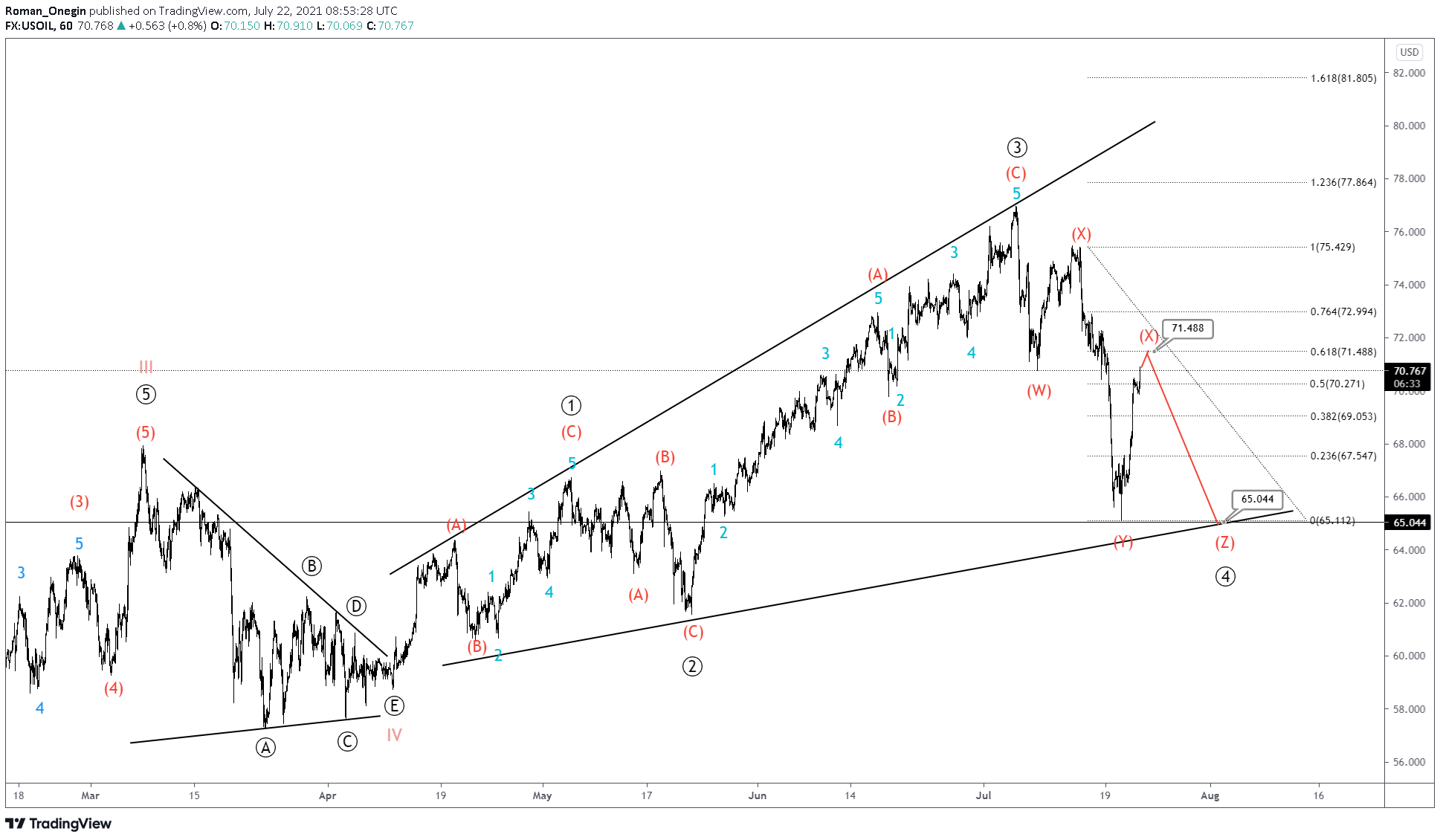 Alternatively, we can assume that the fourth part of the ending diagonal has not yet been completed. It could take the form of an intermediate triple (W)-(X)-(Y)-(X)-(Z) zigzag.