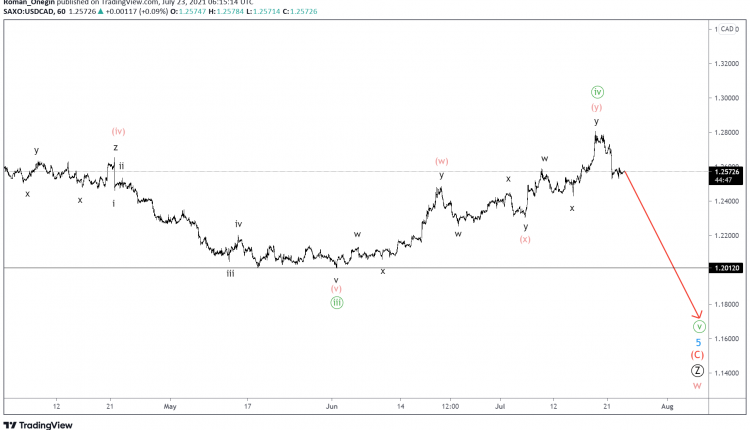 The USDCAD pair is forming a double zigzag of a cycle degree.

On the chart, we see the final part of the first actionary wave w. Most likely, it is a triple zigzag consisting of primary sub-waves Ⓦ-Ⓧ-Ⓨ-Ⓧ-Ⓩ. The final actionary sub-wave Ⓩ of this pattern is currently under development.

Most likely, the market will update the previous low and will complete the cycle wave w significantly below the level of 1.2012. 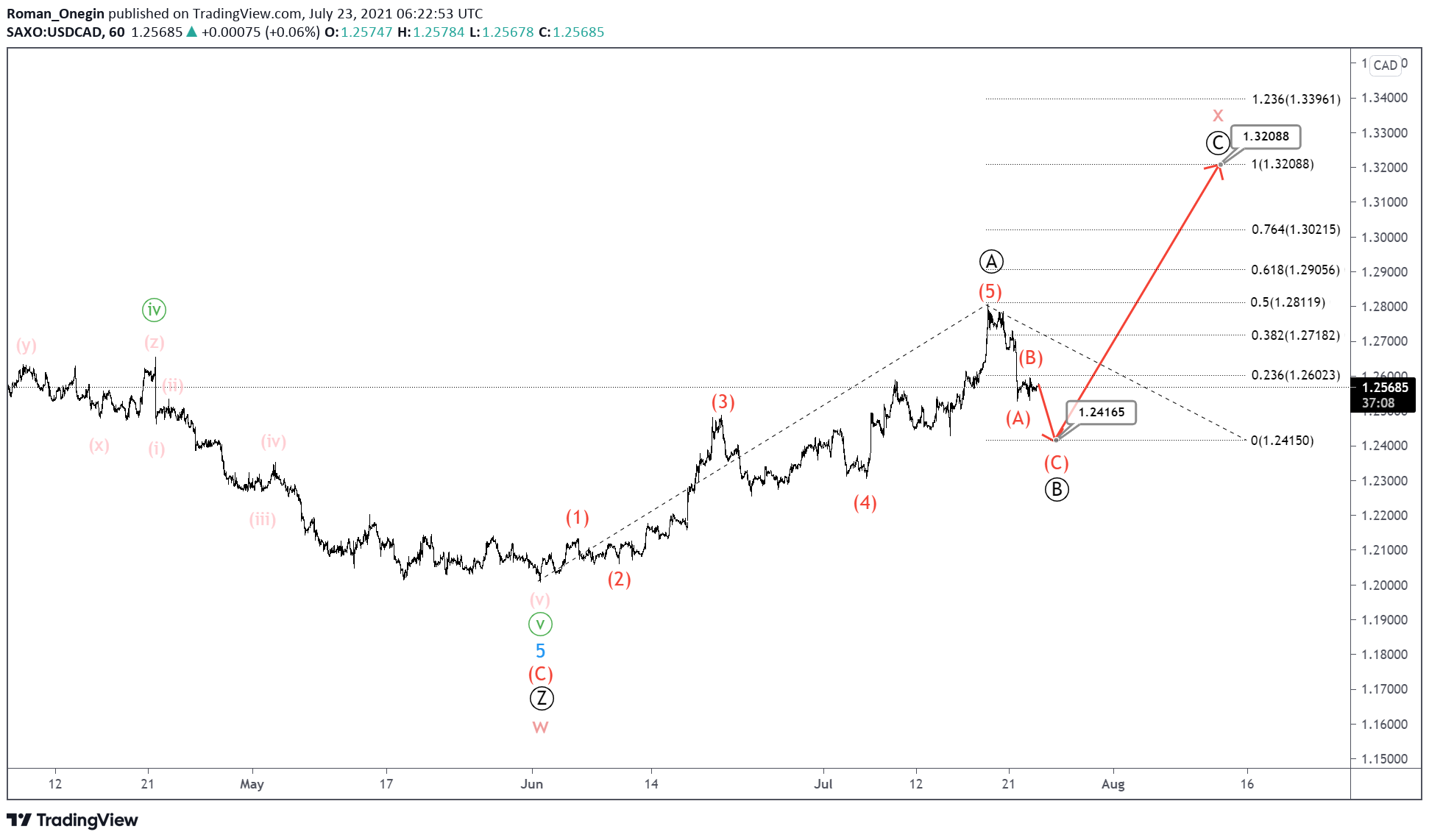 An alternative scenario shows the formation of a cycle wave w was completed in June. Since then the market has risen, building a cycle intervening wave x.

It is quite likely that the intervening wave x takes the form of a primary simple Ⓐ-Ⓑ-Ⓒ zigzag.

It is possible that in the very near future the market will complete a bearish correction Ⓑ near 1.2416, where it will be at ½ of bullish impulse Ⓐ.

Then the market increase can continue in the primary impulse Ⓒ towards the level of 1.3208. This is where the primary waves Ⓐ and Ⓒ will be equal.