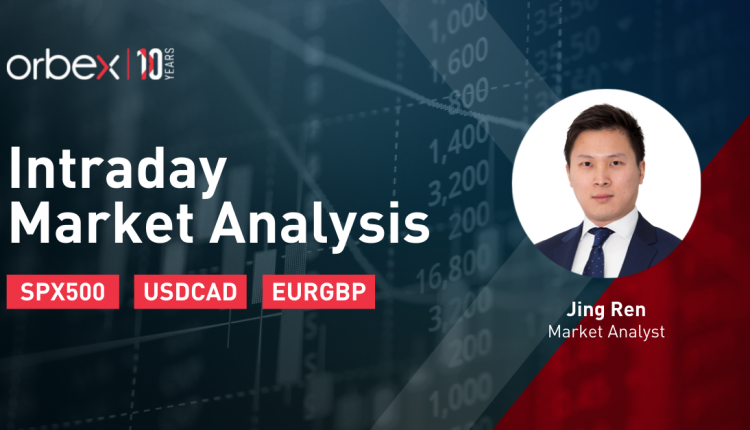 The S&P 500 rose back to its previous high on strong corporate earnings.

The index has met strong bids around 4250, the top range of the late June consolidation. The subsequent surge gave no room for sellers to get a foothold.

An overbought RSI may prompt intraday traders to take profit at the peak (4392). 4380 has been established as fresh support where buyers could be lurking around. Further below, 4350 may provide another layer of support.

On the upside, a bullish breakout would extend the rally towards 4440.

The Canadian dollar stays muted despite a slight improvement in retail sales in May. The greenback has met stiff selling pressure near February’s high (1.2800).

The sharp drop is likely due to profit-taking after a rally above the resistance of 1.2650 from the daily chart. If longs succeed in holding 1.2500, the sentiment would remain bullish. Failing that, the pair may retreat to 1.2300.

The RSI is rising back to the neutrality area, a sign of buying interest in the demand area. 1.2730 would be the immediate resistance ahead.

The pound remains under pressure after lackluster retail sales ex-fuel in June. The pair’s advance beyond 0.8610 has forced sellers to cover their positions.

The price has dropped back to the demand zone at 0.8550 for accumulation.

The RSI has recovered back to the neutral area. A rally above 0.8585 would confirm the bullish bias and rekindle buyers’ enthusiasm.