The Week Ahead: ‘Transitory’ is the Word to Contain Sell-Off 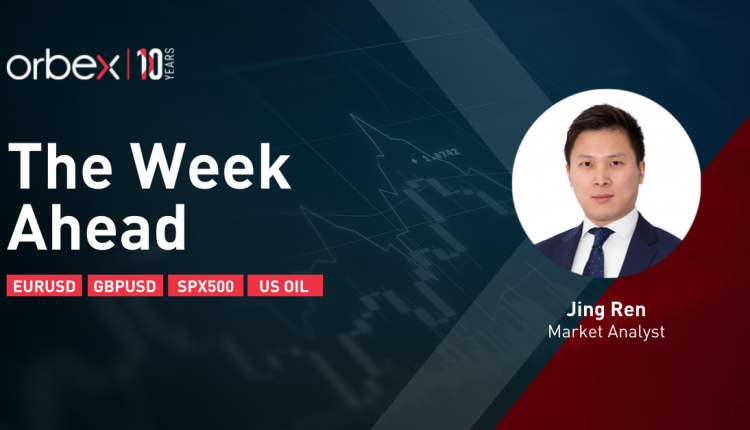 EURUSD tanks on US taper hint

The US dollar surged after the Fed signaled two potential rate hikes in 2023.

The central bank’s switch to a hawkish stance came in sooner than expected and took markets by surprise. The next logical step would be to start to unwind $120 billion a month of asset purchases, which could happen after summer.

Traders are now pricing in the taper by the end of the year as the short side scrambles to cover volatility which could heighten in the coming days.

The euro is sliding towards April’s low at 1.1700. A breakout could trigger a bearish reversal.

GBPUSD retreats ahead of BoE meeting

Sterling is heading lower against a flamboyant greenback following a surprisingly optimistic FOMC. As the BoE convenes to discuss its monetary policy, the bulls are hoping for a similar trick up their sleeve.

With inflation now past the central bank’s 2% target, governor Andrew Bailey might be under increasing pressure to act. If the committee deviates from its dovish rhetoric, the pound could see strong buying interest.

If not, the pair could reverse to the downside as a result of policy divergence.

1.4250 has established itself as the closest resistance. 1.3800 is the critical support to keep the uptrend relevant.

The S&P 500 continues to grind up despite the Fed’s hawkish policy update.

Reactions across equity markets have been rather mild compared to currency and commodity markets.

While officials brought forward their hike schedule, they have carefully nurtured expectations that inflation would drop back later this year. There is definitely trust in their reassurance so far.

Only if the Fed drops the word ‘transitory’ would it be a game-changer.

As for now, the door stays open for interpretation when the next sets of data hit the wires. 4300 would be the target when the rally resumes. 4040 is a key support to keep the uptrend valid.

WTI crude is pulling back as demand outlook hits a bump.

Rising Covid cases and a four-week delay in the UK’s lockdown easing are the latest examples of a choppy recovery.

While price action has bounced well above the pre-crisis level, restrictions on travel have prevented the actual demand to catch up with expectations.

On the supply side, Iran’s presidential election could derail nuclear talks with Washington if the hardline candidate Raisi comes into power.