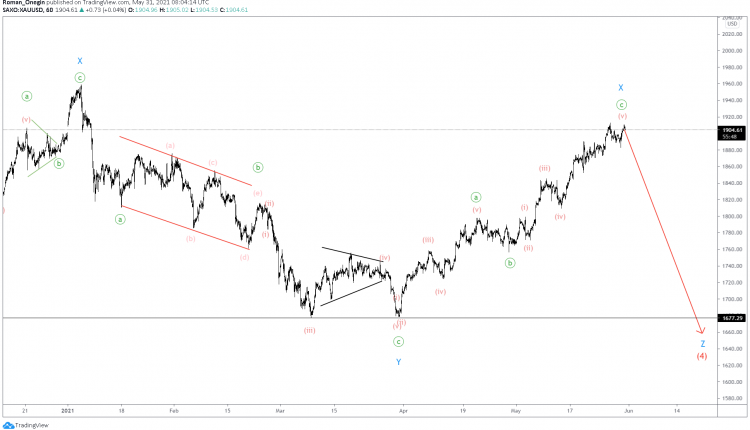 The XAUUSD formation hints at the construction of a large corrective wave (4) of the intermediate degree.

It could have a complex formation of a triple zigzag with minor sub-waves W-X-Y-X-Z.

It seems that the second intervening wave X has come to an end as a minute zigzag. Thus, in the near future, a decline in prices and the formation of the actionary wave Z is likely.

Then prices could fall below the level of 1677.29 below the previous low. 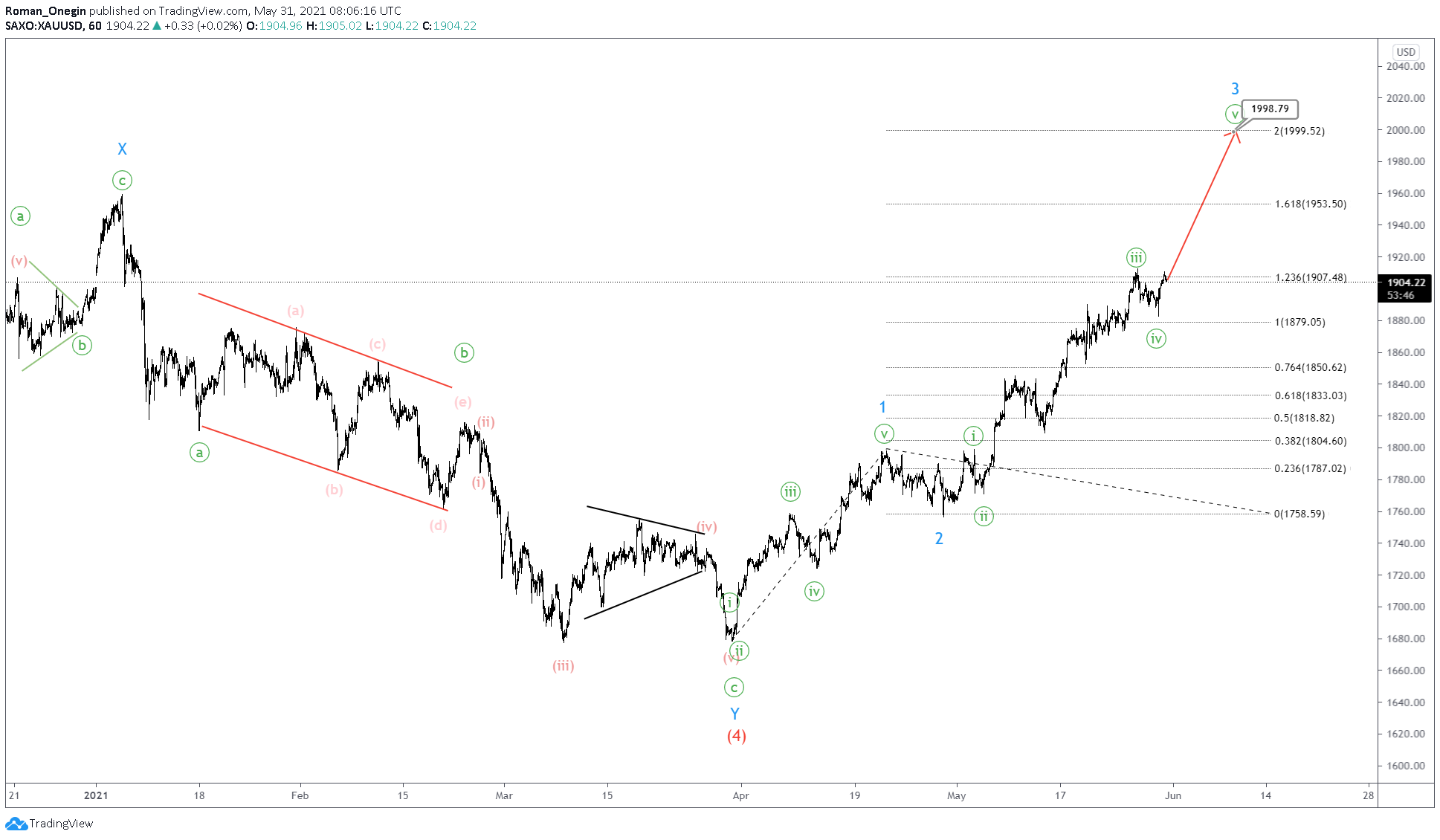 An alternative scenario shows that the intermediate correction (4) finished its development in April and took the form of a double zigzag.

Thus, after its end, gold prices began to rise within the bullish impulse.

It seems that at the time of writing, sub-waves 1 and 2 of the minor degree are fully completed. As well as the first four parts of the minor impulse 3.