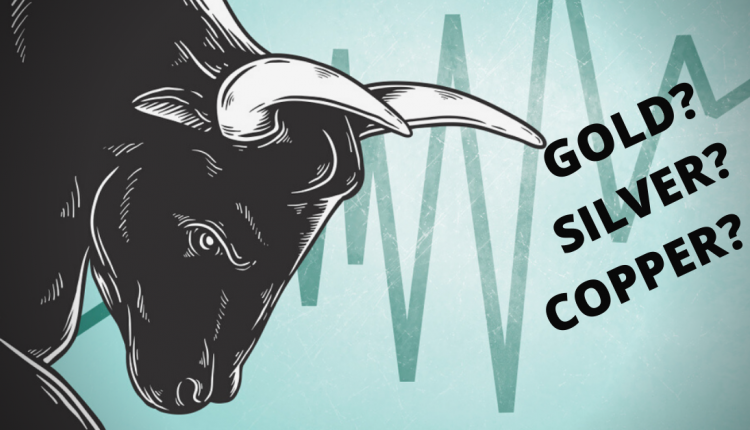 Even a casual look at the quarterly reports that have been coming out during the latest earnings season shows that inflation is looming.

Many companies report that they are seeing increasing prices from their suppliers, and are actively hedging against inflation. It’s pretty much fact at this point that we’re in for a bout of inflation. The question now is whether it will be just a short spike, as the Fed and Treasury Secretary say; or whether it will be more long term.

In any case, commodities are one of the most attractive as well as common investments to set value aside in case the price of currencies goes down.

So, where might be just as important a factor in considering whether certain commodities will actually increase in value.

The dollar is the world’s reserve currency still, and therefore is the standard for liquidity.

Gold is priced in dollars, so if we are expecting inflation in the dollar, we’d be looking at a higher price for gold over the course of the rest of the year.

Silver is in a similar situation. People often refer to it as “the poor man’s gold” since it’s easier to make smaller investments in it. Of course, this isn’t a consideration when people are investing in ETFs, instead of buying the physical commodity.

This means both silver and gold are likely to fall into the category more of “conserving” value.

Where to make money

Of course, the idea is to not only preserve purchasing power, but actually have an asset that becomes more valuable.

With global logistics still reorganizing after the pandemic, and some production sites still closed, there are many commodities that have been on a wild journey.

Prices in commodities are based more on the expectation of imbalances between supply and demand. Demand for a particular commodity can increase a lot faster than it takes to find and develop mining operations for it.

And that is why we can see some commodities run up prices for an extended period of time.

Following the 2008 crash, there was a significant amount of investment in infrastructure partially as a product of stimulus measures to deal with the crisis.

The extended period of low interest rates gave businesses the capital needed to expand operations, which led to a steep rise in the price of commodities across the board.

Many analysts are expecting that to happen again, particularly considering how much China is investing in infrastructure. Combined with the push to phase out petrol cars for EV and increased spending in the US, one commodity stands above the rest.

No, not lithium (though that’s an interesting investment as well), but copper. Not only are batteries made out of copper, but the infrastructure needed to transport the energy to power EV uses copper.

Even though the price is already at historically high levels, current market dynamics point to it being in high demand in the near future. Meanwhile, bringing new copper production online will take months if not years.

And that might be bad news for gold and silver, which is typically found alongside copper deposits; gold production might increase simply because it’s a byproduct of copper production.