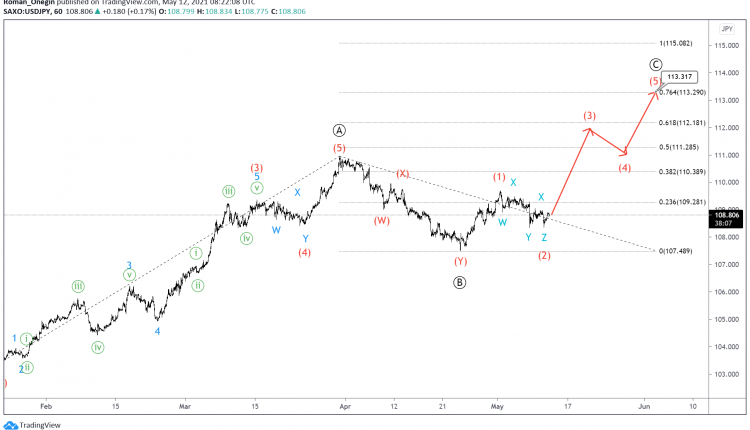 The USDJPY pair seems to be forming a bullish zigzag of the primary degree. This consists of the main sub-waves Ⓐ-Ⓑ-Ⓒ.

The market has completed the primary impulse Ⓐ and the bearish primary correction Ⓑ. This correction is a double zigzag. The final wave Ⓒ is in the initial stage of its development. It seems that the price has finished correcting in the intermediate wave (2), as shown in the chart. 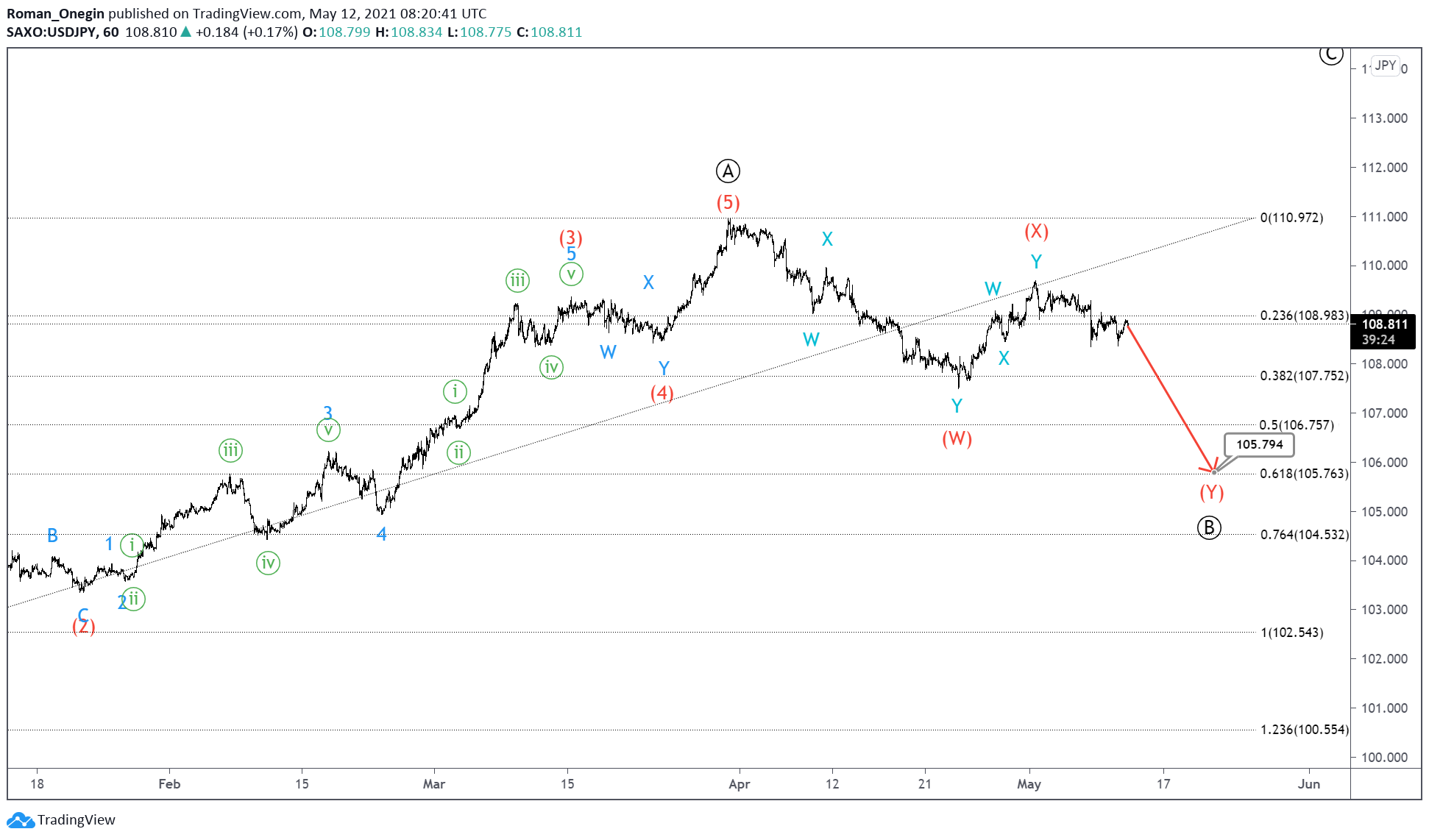 However, it should not be excluded that the primary wave Ⓑ may be more powerful, which means that we can expect a deeper correction.

Wave Ⓑ could take the form of an intermediate double (W)-(X)-(Y) zigzag.

Most likely, the minor double zigzag W-X-Y completed the intervening wave (X). Therefore, the development of the wave (Y) and a decline to the level of 105.79 is possible.