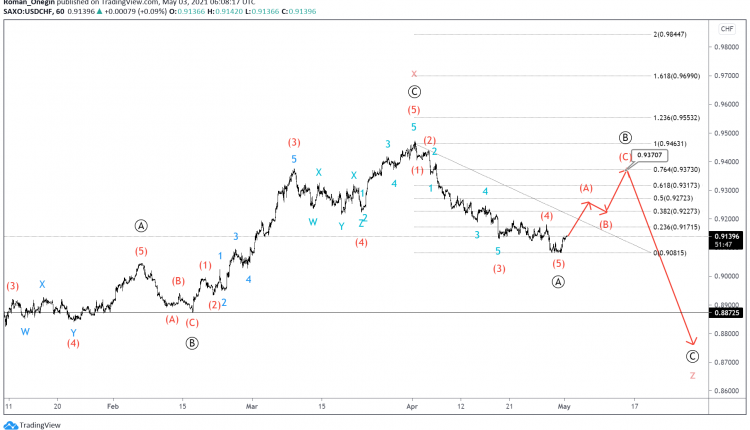 Similar to recently, we can see the formation of a large triple zigzag of the cycle degree.

Since the beginning of April 2021, after the completion of the second intervening wave x, we have seen a decline in the price. Perhaps the primary impulse wave Ⓐ was complete, which initiated the zig-zag wave z.

In the short term, we could expect the formation of an intermediate zigzag consisting of sub-waves (A)-(B)-(C), as shown in the chart. The completion is expected near 0.937. At that level, primary correction Ⓑ will be at 76.4% of impulse Ⓐ.

Then we could expect an impulse market decline in the primary wave Ⓒ below the minimum of 0.887. 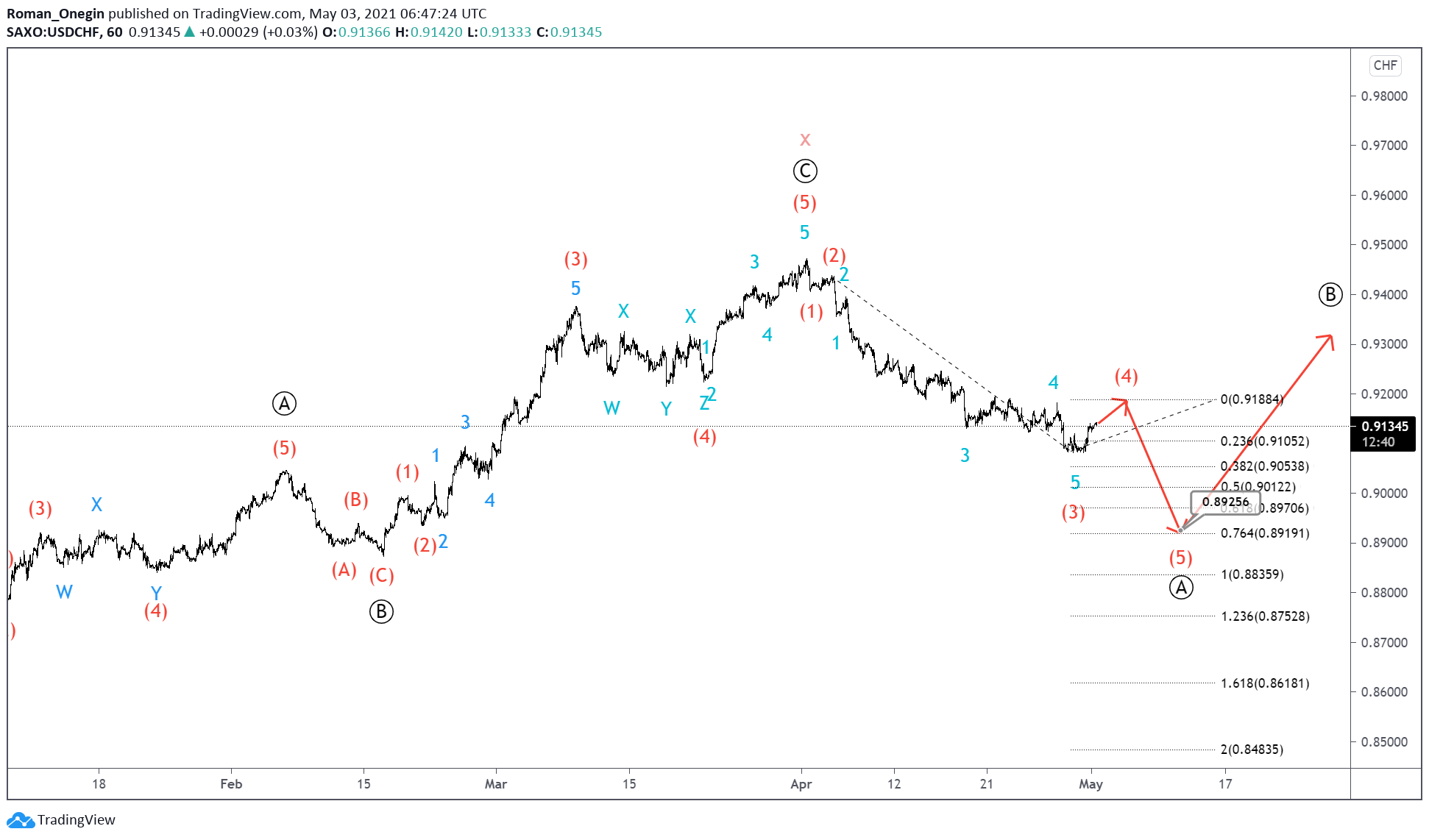 According to the alternative, the development of the primary impulse wave Ⓐ is still ongoing.

Most likely, the intermediate wave (5) could complete near 0.892. At that level, the specified wave will be at 76.4% of intermediate impulse (3).

Test your strategy on how the CHF will fare with Orbex - Open Your Account Now.
analysis_enElliott WaveUSDCHF
0 234
Share FacebookTwitterGoogle+LinkedinPinterestTelegramWhatsAppEmailPrint

EURUSD correction looks to be done