The Week Ahead: Ready to Trade Again

Euro gains as countries open up 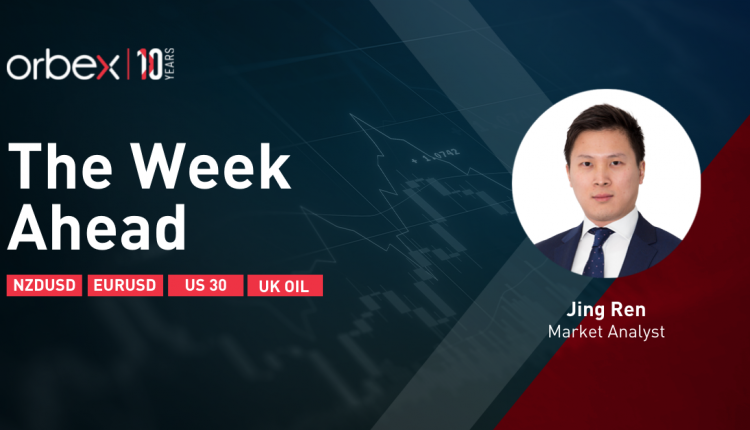 The euro inches up steadily as sentiment towards the eurozone’s recovery improves. Businesses are getting ready for the critical summer season as restrictions are phased out.

With the vaccine campaign now in full swing, member states have agreed to lift the travel ban for those who are vaccinated. This is a major step on the lengthy path of normalization.

As traders bid up the single currency they will expect data to support this upbeat narrative. 1.2350 from the January sell-off is a major hurdle.

A bullish breakout could resume the rally towards 1.25s. The psychological level of 1.2000 is the support in case of a pullback.

NZDUSD consolidates ahead of RBNZ meeting

The New Zealand dollar trades in a tight range as markets scale back their risk appetite. New Covid-related restrictions in Asian countries like Japan and Singapore, previously praised for their management of the pandemic, have put a dent in investors’ confidence.

While New Zealand’s robust economy offers support, the kiwi could face headwinds from weak commodity prices and trade disruption. In light of these challenges, the RBNZ is likely to keep its policy unaltered, much to the bulls’ dismay.

The pair is in narrowing consolidation between 0.7120 and 0.7300. A breakout on either way would dictate the next move.

Oil prices tumble on expectations of heightened imbalance between supply and demand. News of progress in Iran’s nuclear talks weigh in. A deal to lift US sanctions on the Iranian crude would increase global output at an uncertain time.

On the other side of the balance, the aggressive surge in Covid cases across Asia is the latest plot twist that may cast doubt on the demand recovery. The last thing markets want to imagine is spillover in a few months to the West where a return to normal seems steady yet fragile.

Brent Crude is pulling back from the psychological level of 70.00. 61.40 is a key support to keep the uptrend intact.

US 30 retreats as risk appetite fades

The Dow Jones struggles to advance further as inflation fear lingers. The Fed’s latest minutes added noise to the confusion at best.

The central bank’s hawkish faction has hinted at reducing asset purchases “if the economy continued to make rapid progress.” That is actually a big if considering April’s lackluster NFP numbers.

Nevertheless, concerns over high valuation could prompt buyers to be more cautious as no one wants to be on the same rocky boat as crypto investors.

35110 has established itself as the immediate resistance. On the downside, a fall below 33300 could trigger a correction to 32100.