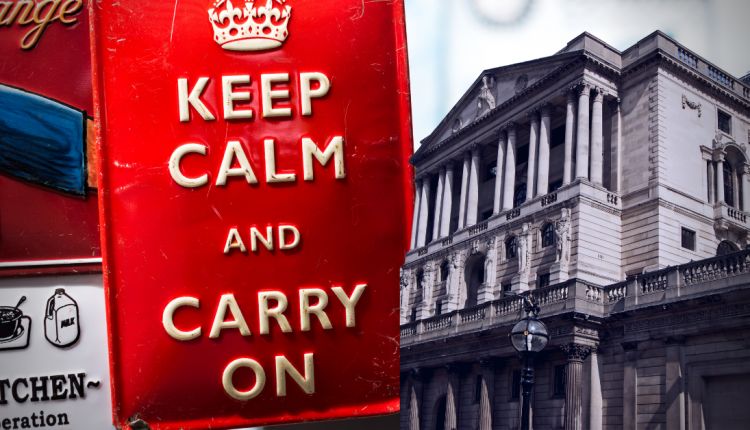 Of the major central banks, the BOE is generally seen as the most likely to begin the process of rate “normalization”.

That means the start of the dreaded taper. And there is an increasing number of analysts who suggest it could start at the next meeting, scheduled for tomorrow.

For that reason, there is almost an even 50/50 chance that the BOE will start its taper. And because there is practically no consensus on the issue, it means we could see a stronger market reaction, regardless of what happens.

The pros and cons

The first reason to suspect a taper is merely technical.

The BOE has a target of acquiring £875B in gilts by the end of the year. But at its current pace of £4.4B a week, it will reach that limit three months too early. With the economy recovering, it’s unlikely they will raise the target.

The logical solution is to simply buy fewer gilts over the coming months. Potentially announcing at this meeting or the next.

The other factor is that the UK has one of the largest asset purchasing programs among developed nations. Although that’s something of a technicality.

Because, theoretically, there is no limit to the number of purchases the Fed could do under their current program. But the BOE has been buying assets at a steep pace when compared to the size of its economy.

History is catching up

Since they started buying bonds in 2009, unlike other central banks, the BOE has not managed to wind their balance sheet down at all.

In fact, when covid hit, the BOE already had a record-sized balance sheet and has subsequently nearly doubled it in a year. Not only are the asset purchases among the biggest in the world as a percentage of GDP, so is the BOE’s balance sheet.

And it wouldn’t be the first time that the bank tapered, even in the current cycle. In June of last year, they paired back their purchases by a modest amount and were still able to substantially support the economy and the markets.

The timing is the key

It’s just a matter of when the BEO will cut back on its purchases.

So, the doubt now is whether it will be at this meeting or the next. So far, members of the MPC have been quite upbeat about the economy, suggesting they will be willing to vote for a taper.

On the other hand, there hasn’t been any official mention of it yet, and it might be that the BOE doesn’t want it to surprise the markets.

A compromise might be the most likely option: that following tomorrow’s meeting, they will announce that they considered tapering, and it will likely happen at the next get-together. That ought to provide enough consternation for traders; leaving the pound to potentially float a little lower.

As a reminder, if the BOE tapers, it’s expected to support the pound and weigh on the FTSE. If they decline to mention it at all, we could see the pound take a bit of a dive and see better performance among the stocks