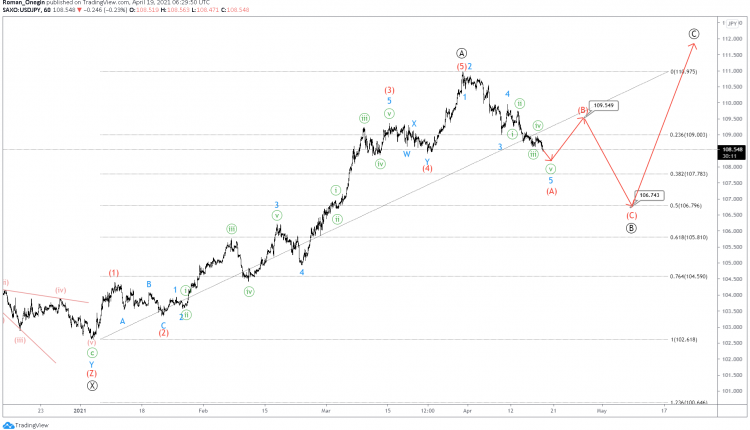 The structure of the USDJPY pair shows the development of a bullish zigzag, consisting of sub-waves Ⓐ-Ⓑ-Ⓒ of the primary degree.

At the time of writing, we are in the initial part of the primary correction Ⓑ, which is the bearish intermediate impulse wave (A).

In the short term, the minute fifth wave could complete wave (A). We could then see a rise in the corrective wave (B) to 109.54. 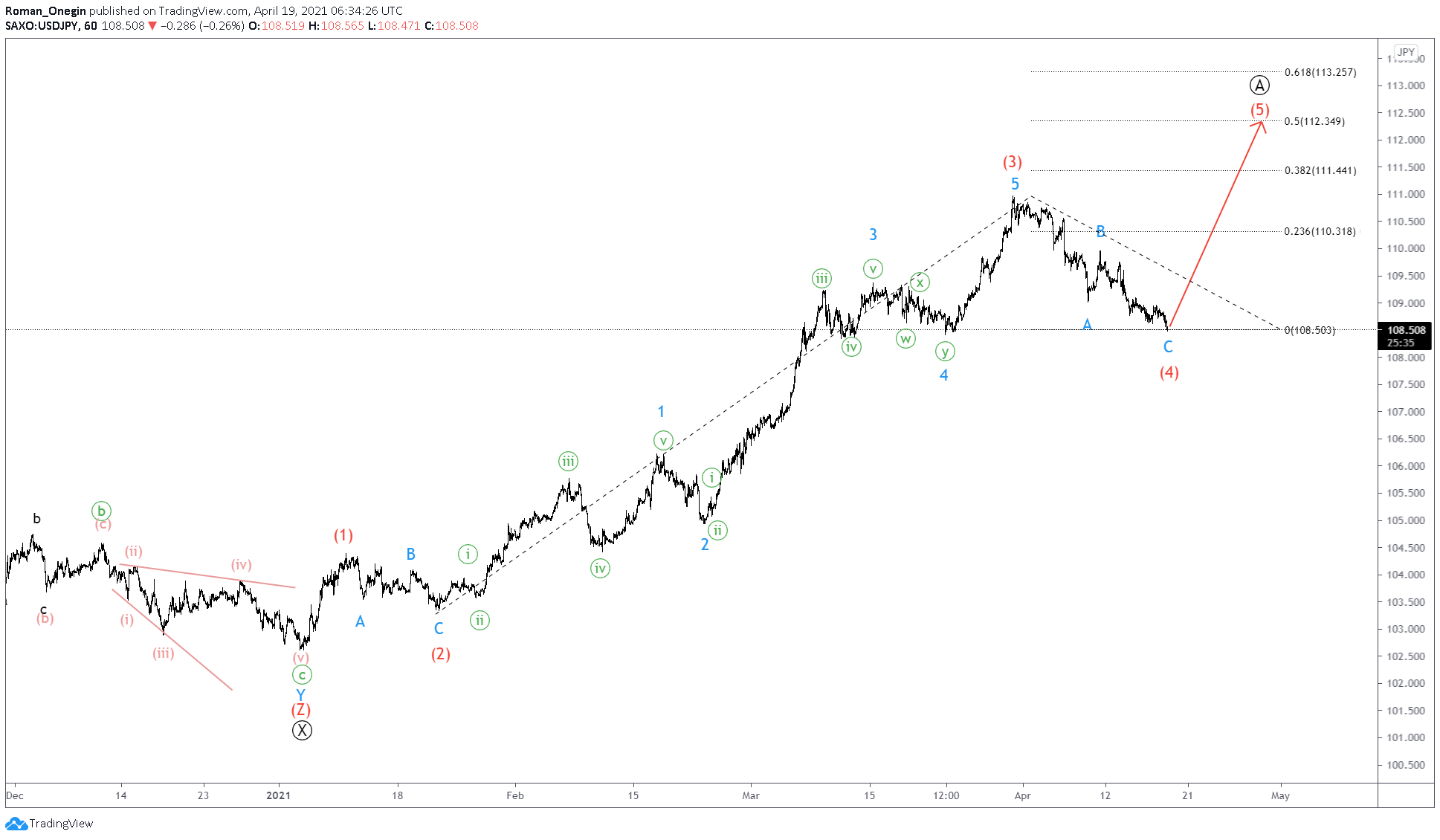 According to the alternative scenario, the market continues to form a primary impulse wave Ⓐ.

We are currently at the end of the intermediate zigzag correction (4), which seems to be complete.

In the near future, prices could see an increase within the intermediate fifth wave to the 112.34 area. At that level, wave (5) will be at the 50% Fibonacci extension of wave (3).