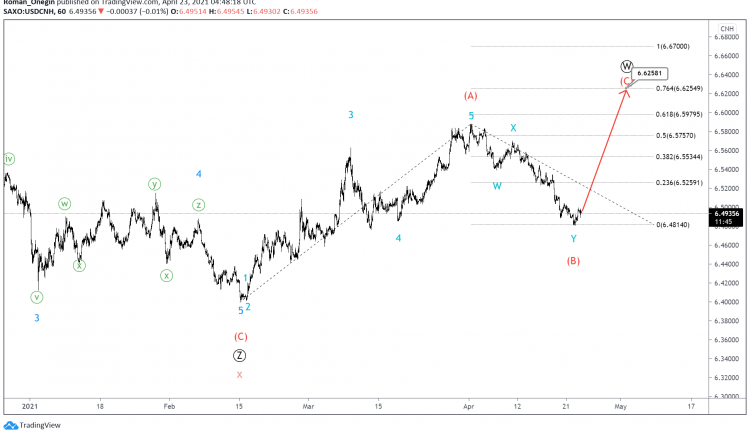 On the 1H timeframe, the USDCNH pair has completed the cycle intervening wave x. Following this, the construction of the initial part of the final cycle wave z began.

Wave z could have a complex double or triple zigzag formation. The first sub-wave of the primary degree is currently under development. This can take the form of an intermediate (A)-(B)-(C) zigzag.

Wave (A) is a bullish 5-wave impulse, whereas correction wave (B) is a double zigzag that seems to be fully completed. 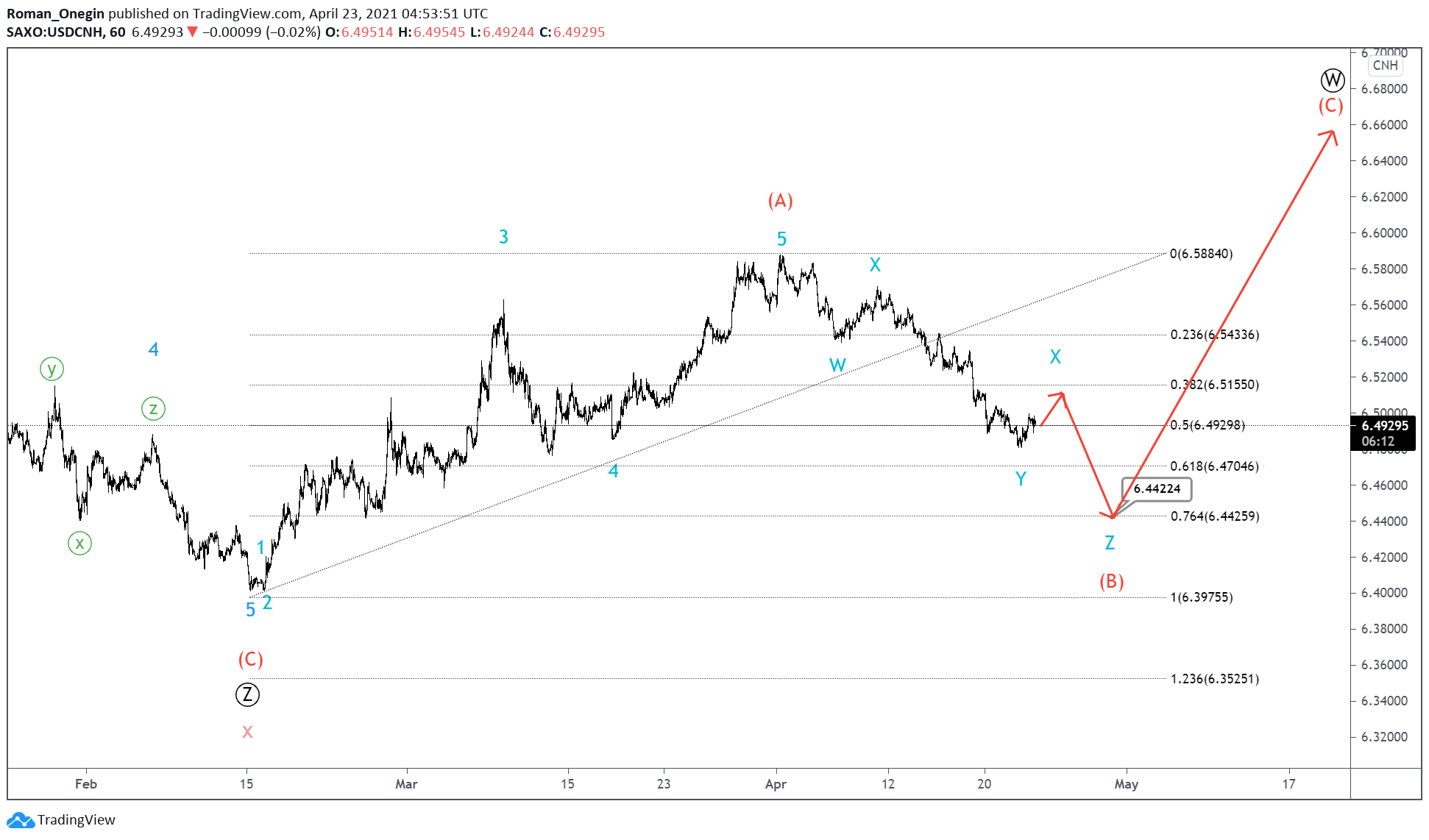 However, there is a possibility that the corrective wave (B) of the intermediate degree is not a double zigzag, but a triple one.

In this case, we could see the end of the second minor intervening wave X. Then bears could lead the price down in wave Z to 6.442.

At that level, corrective wave (B) will be at 76.4% of intermediate impulse wave (A).