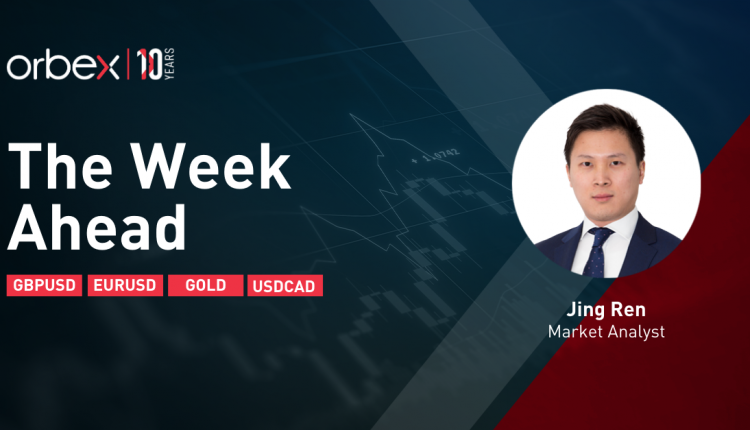 The US dollar may continue to lag behind other major currencies as risk sentiment improves.

Markets seem to have bought repeated assurances from the Fed that it will keep interest rates low, at least until later this year. This is a chance for the euro to bounce higher if the ECB maintains its policy and outlook in this week’s meeting.

However, an increase in the asset-buying program could produce headwinds for the single currency.

A bullish breakout above 1.1990 could end the current correction and resume the pair’s year-long rally.

In the case of a pullback, 1.1700 is the major support to keep the price action in its uptrend.

The pound is gathering support as traders expect a rebound in the UK’s economic activity from the reopening.

The resignation of Andy Haldane, the most hawkish economist at the Bank of England would only add short-term noises as the central bank is in no rush to change its agenda anyway.

Eyes will be on the jobs and inflation data this week, and upbeat readings could prove to be the catalyst sterling needs to resume its uptrend. The demand zone around 1.3600 is critical in keeping the optimism.

To the upside, a bullish breakout above the psychological level of 1.4000 may extend the rally to a new high.

USDCAD tumbles ahead of BoC meeting

Canada’s economic resilience and the recovery of commodity currencies are two major tailwinds for the loonie.

A sharp drop in the country’s unemployment rate from 8.2% to 7.5% has kept the US dollar’s rebound in check.

In the meantime, rising oil prices could further fuel the rally as market sentiment shifts in favor of risk assets.

An upbeat outlook from the BoC this week might be the icing on the cake if it leans towards a reduction in its QE program.

The bearish bias against the US dollar will remain strong as long as the pair is under 1.2740. A fall below 1.2360 could carry the downtrend into 1.22s.

Gold hit a fresh monthly high after US Treasury yields slumped to their lowest in a month.

The combination of a soft dollar and low yields is exactly what the non-yielding metal needed to be attractive again on a risk-adjusted basis.

Traders will keep a keen eye for future US inflation data and how they would affect the Fed’s rhetoric. But for now, bullion may enjoy a recovery backed by investors eager to buy the dip.

The double bottom at last June’s low at 1678 has confirmed strong buying interest. The price has since bounced higher and is aiming for 1817. A bullish breakout could extend the rally towards 1960.