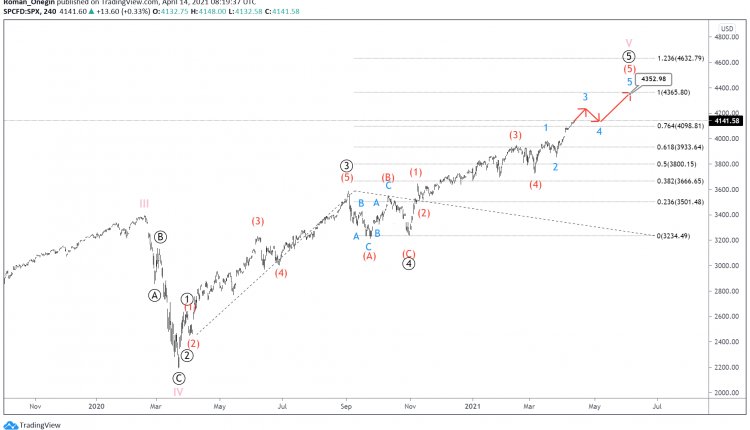 The SPX500 has been moving up in a cycle wave V, which takes the form of a primary impulse ①-②-③-④-⑤.

The first four parts of this impulse are complete, with wave ⑤ is still under development.

In the short term, we could expect the construction of minor sub-waves 3-4-5, which form an intermediate wave (5). 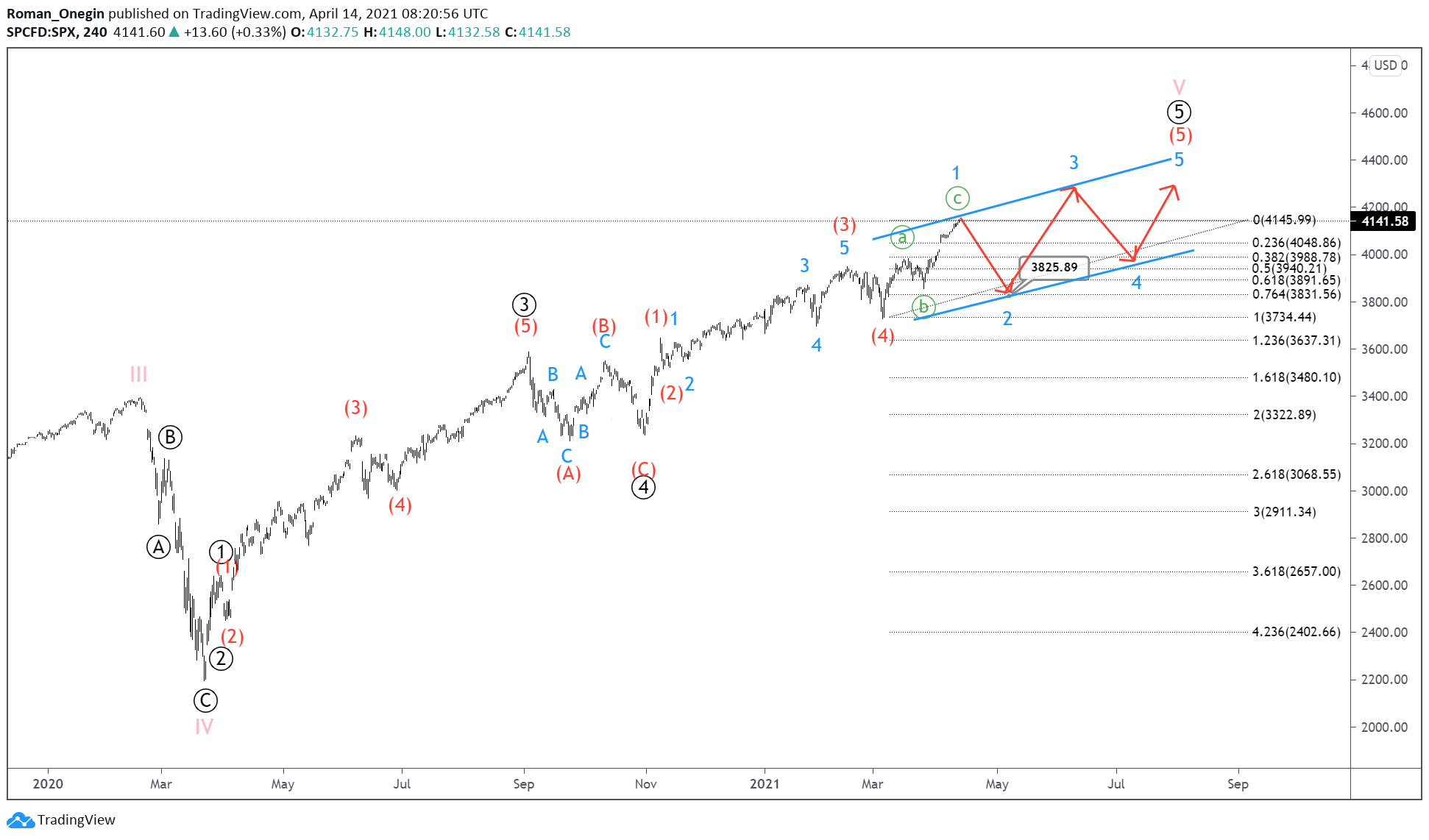 The alternative scenario suggests that the completion of the primary fifth wave will not so soon.

Currently, the initial part of the intermediate wave (5) is under construction, which can take the form of an ending diagonal.