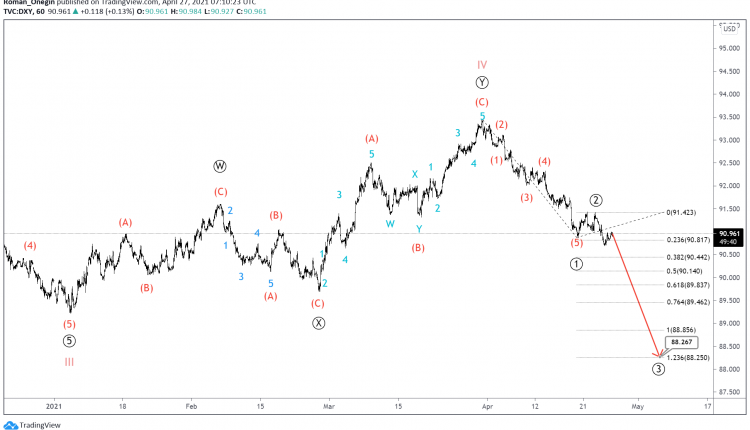 The current DXY structure hints at a bearish cycle impulse. The corrective wave IV is partially complete, which took the form of a primary double zigzag.

In the last section of the chart, we see the formation of the fifth wave. This could take the form of an impulse ①-②-③-④-⑤ of the primary degree. 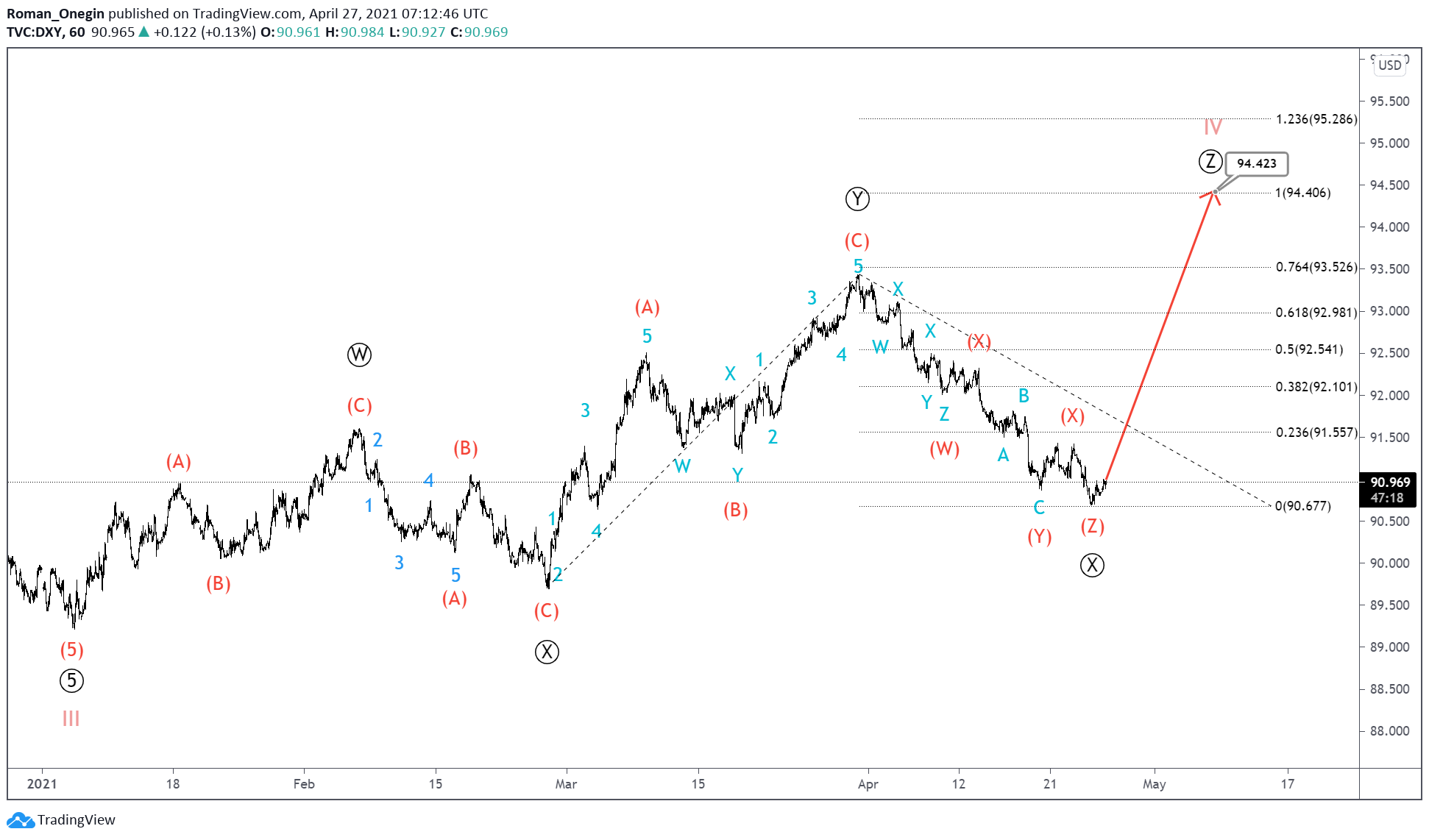 An alternative scenario shows that the cycle correction IV is not yet complete. In this version, it takes the form of a triple zigzag, rather than a double one.

Most likely, the first four parts of this zigzag are already fully complete. Therefore, in the short term, we can expect a price rise and the development of the primary actionary wave Ⓩ to the 94.42 area.

At that level, waves Ⓩ and Ⓨ will tend to be equal.