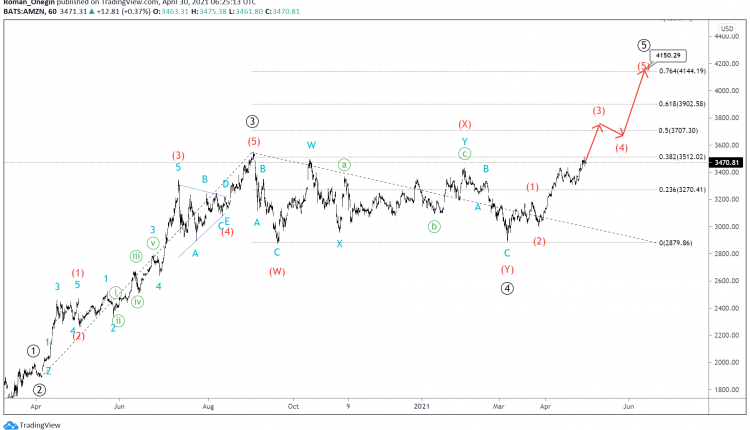 The current AMZN structure hints at the development of a bullish impulse trend. We see that the market has completed the primary wave ③, followed by a corrective wave ④.

It seems that this correction is complete, it is a double zigzag (W)-(X)-(Y).

At that level, primary fifth wave will be at the 76.4% Fibonacci extension of primary third wave. 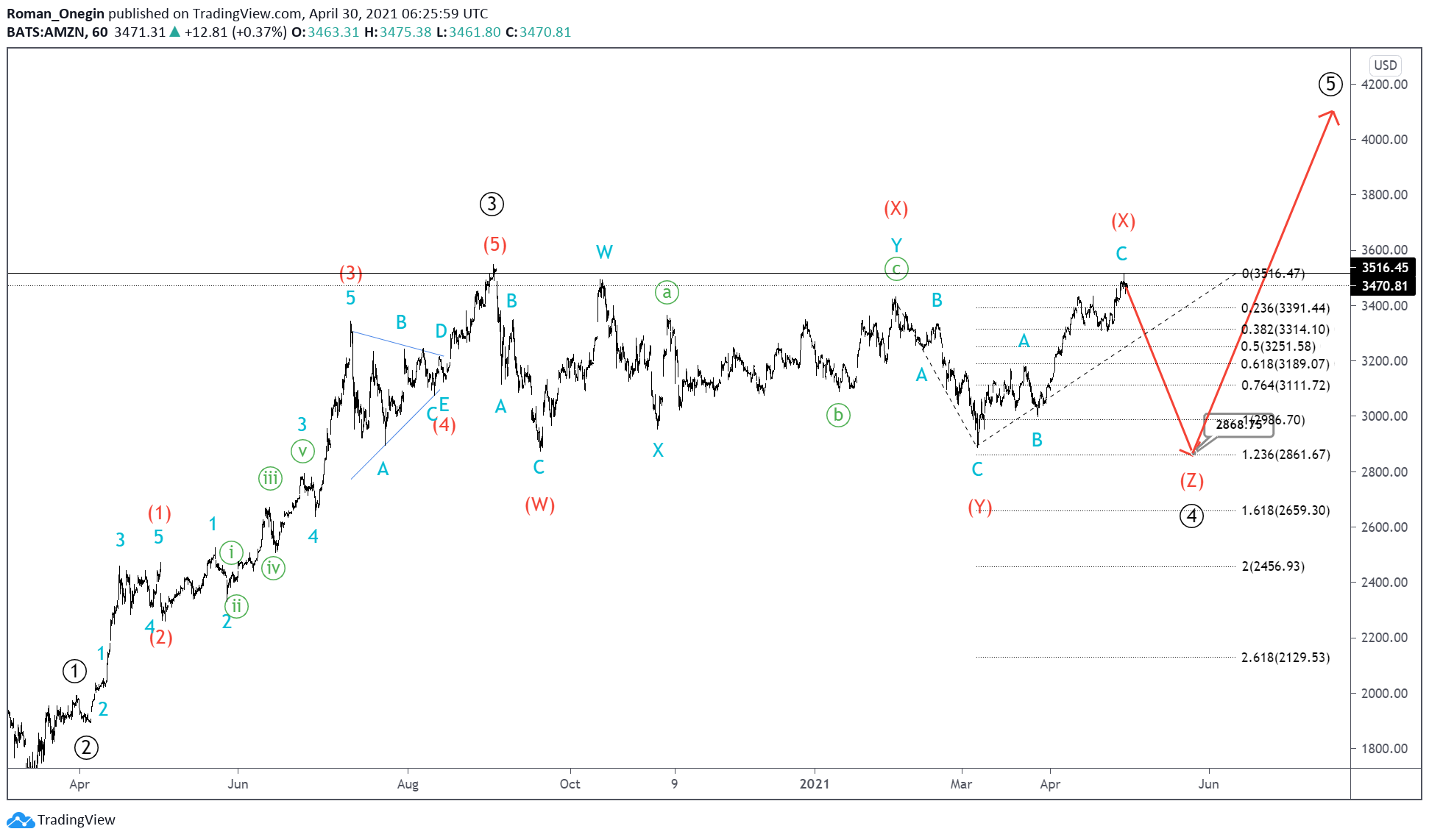 Alternatively, we consider a situation where the primary corrective wave ④ continues to build. That is, it can take on a more complex structure than in the first scenario. Most likely, the wave ④ is a triple zigzag (W)-(X)-(Y)-(X)-(Z).

It is possible that the second intervening wave (X) of the intermediate degree completed near 3516.45. Therefore, we are waiting for a bearish price move in the actionary intermediate wave (Z). Its end is expected near 2868.75. At that level, wave (Z) will be at 123.6% of wave (Y).

After that, the primary fifth wave can raise the market above the maximum of 3516.45.