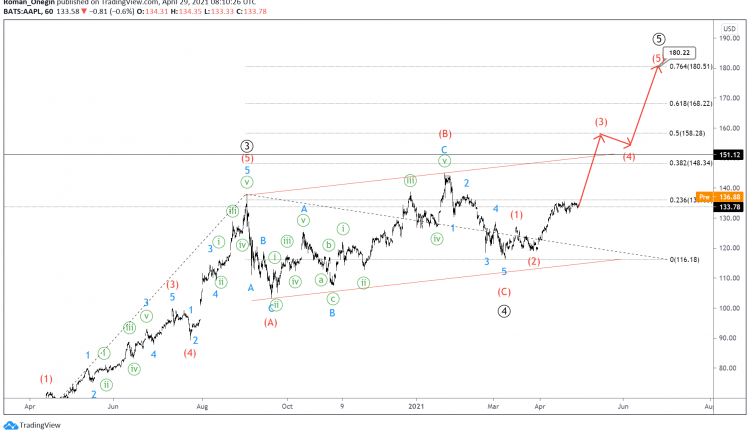 On the 1H timeframe, we see that the second half of the bullish impulse is currently under development.

The market has completed the development of the horizontal correction ④, which is a flat (A)-(B)-(C). Then the price started to move up.

We have seen the development of two small sub-waves (1) and (2) of intermediate degree, which are part of the primary fifth wave.

Thus, in the medium term, we expect the construction of the remaining intermediate sub-waves, which form the primary impulse ⑤, to the 180.22 area. At that level, wave ⑤ will be at 76.4% of primary impulse ③. 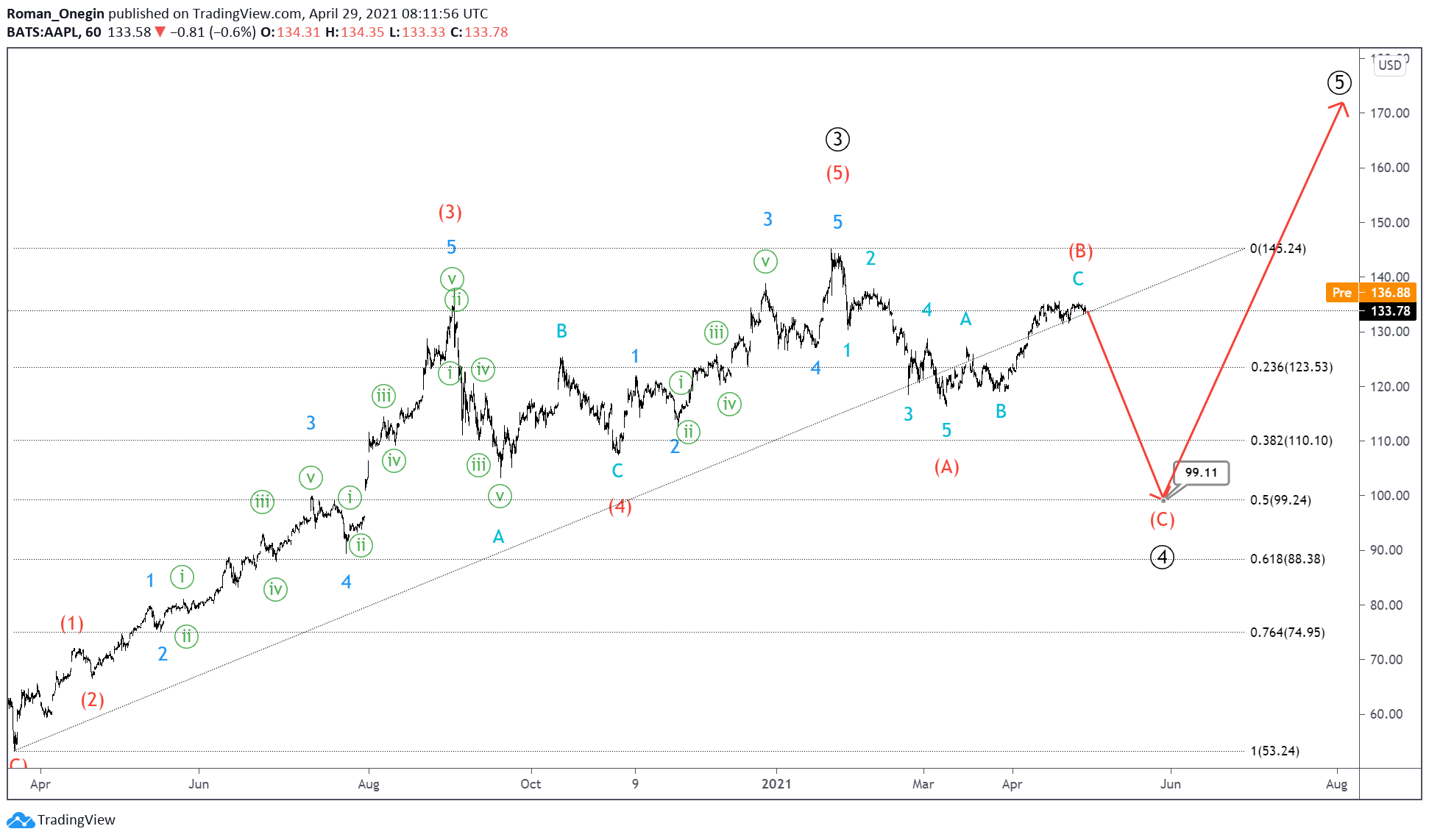 It is possible that the corrective wave ④ is not yet complete. Alternatively, we assume that it is a bearish (A)-(B)-(C) zigzag.

At that level, primary correction ④ will be at 50% of primary impulse ③.

Q1 GDP: Widening Gap Between EU and US?