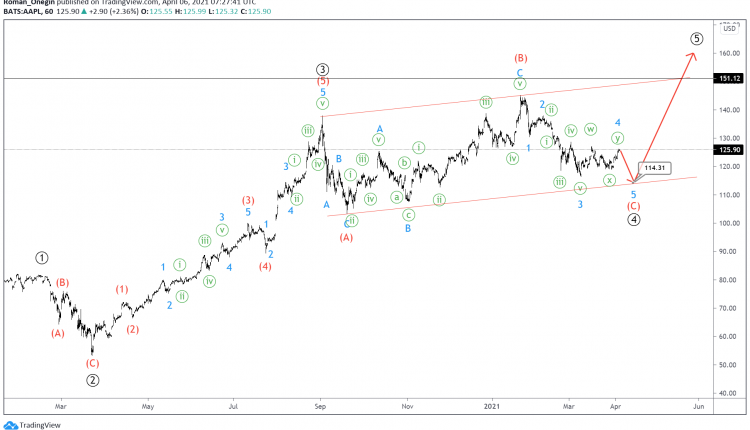 The current structure of AAPL shows the formation of a primary impulse consisting of sub-waves ①-②-③-④-⑤.

At the time of writing, the market is in a corrective wave ④, which is an (A)-(B)-(C) zigzag of the intermediate degree. This zigzag could soon complete approximately near 114.31, which is on the lower line of the regression channel.

After correction wave ④ is completed, the price could increase in the primary impulse ⑤ above the 151.12 area. This is on the upper line of the regression channel. 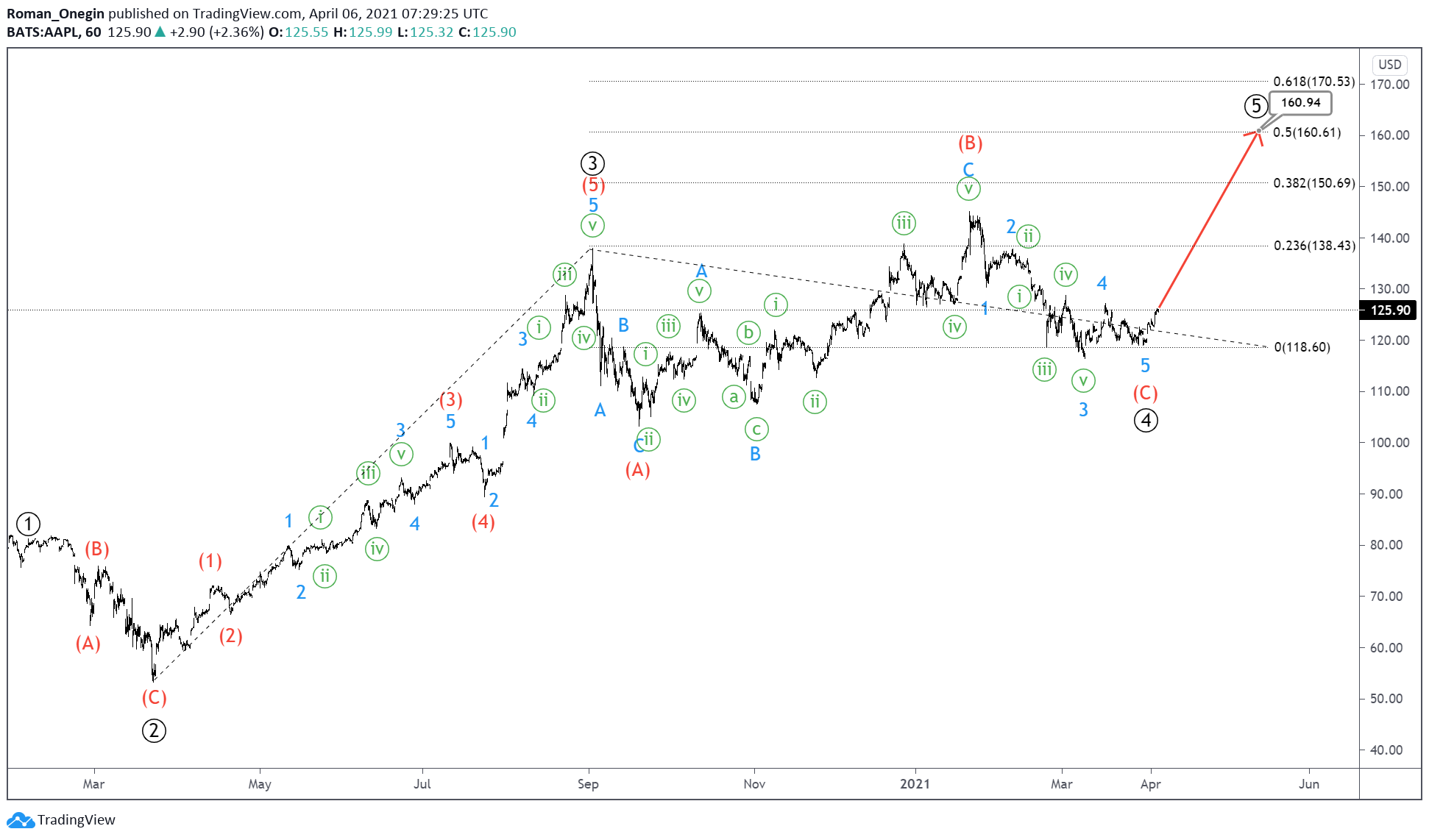 An alternative scenario hints at a fully completed corrective wave ④ of the primary degree.

If this hypothesis is correct, then in the short term we are waiting for the development of a bullish fifth wave of the primary degree. This could take the form of a simple impulse.