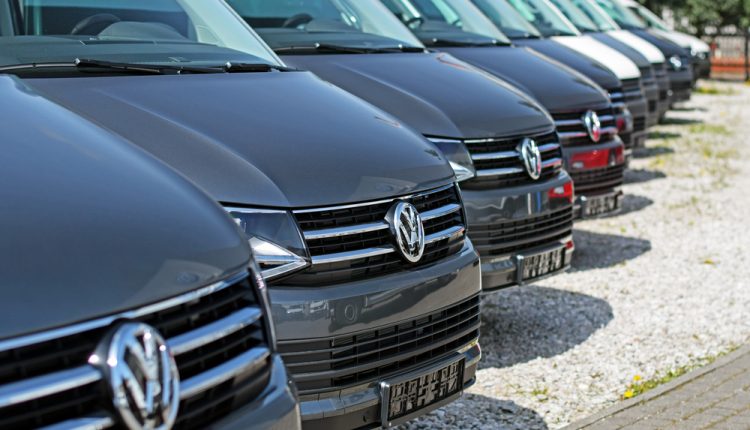 Volkswagen shares have exploded to fresh record highs today, making the company the most valuable stock on the German stock exchange.

Shares have been steadily increasing since November last year However, with the recent popularity of Tesla and the general investor shift towards greener companies and electric vehicles, in particular, Volkswagen is drawing new-found attention.

Indeed, shareholders are now confident that the German automaker can overtake Tesla as the world’s premier electric car manufacturer.

The rally comes in response to a set of announcements made this week from the carmaker’s CEO Herbert Diess who outlined plans to help transform the firm into the world’s leading electric car-marker.

Diess highlighted plans for multi-billion dollar investments in cell production and software development, focusing on developing its own batteries at a lower cost than using external manufacturers.

With this in mind, VW highlighted that it will be investing massively in opening new factories dedicated to this goal.

The aggressive new strategy from VW is interesting given that Tesla is opening a new car plant in Berlin this year, where VW is based.

Musk has actually been a fan of Diess’s work and the two are in regular communication. Recently, Musk said regarding VW’s flagship electric VW ID.3, “It’s actually pretty good.”

Diess has outlined costs of EUR 2.4 billion to pay for the new factory it is opening in Spain and has said that it will look to use part of the EU pandemic recovery funds to pay for this.

Needless to say, the surge in stock prices this week will also help cover the costs with the firm’s value increasing by around 11% to over 140 billion EUR.

Looking ahead, Diess’s plans should attract further investor inflow as traders look to capitalize on the growth of the next big player in the electric car industry. 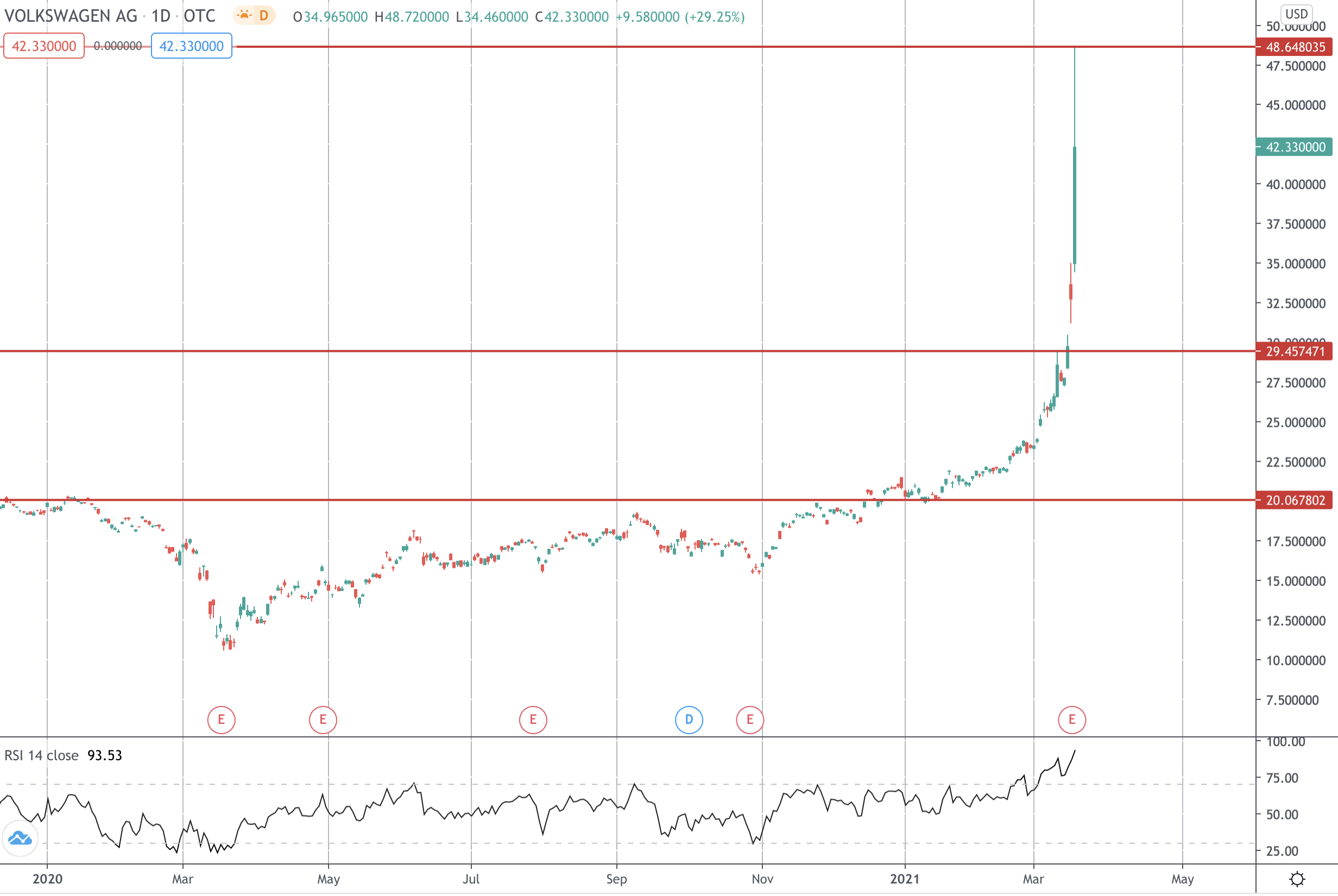 In terms of technical analysis for the stock currently, levels become a little tricky to find given the dramatic increase we’ve seen.

The current highs of 48.6480 are the main upside resistance to note, while the next support level isn’t down until 29.4574, quite some way below market. While price holds above that level, the focus is on the further upside, with traders looking for price to continue higher.

Given the velocity of the current move, however, some consolidation and correction are likely to occur in the near term.