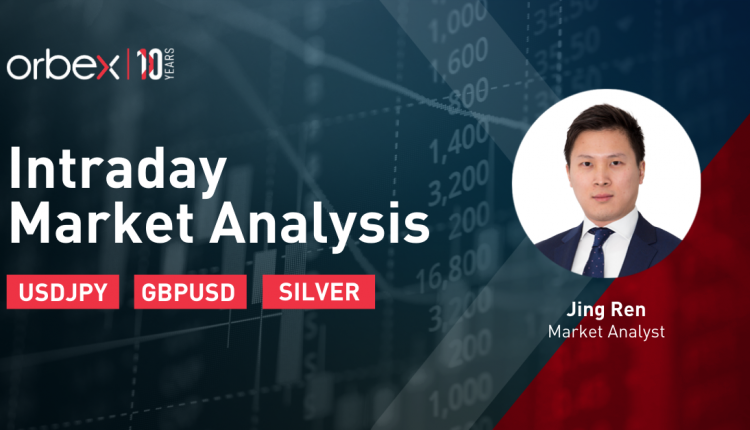 The Bank of England followed the US Fed’s dovish footstep on Thursday in an attempt to rein in inflation expectations. This has led the pound to hit a wall once again at the psychological level of 1.4000.

Those who believe in the third time’s a charm may find support at 1.3850 after the pair made a series of higher lows.

A bullish breakout could push the price towards 1.4150 or even end the three-week-long consolidation. A drop below 1.3800, however, may dent the upward bias from a medium-term perspective.

Rally in risk assets come at the expense of a safer Japanese yen. Though the BoJ would sit on its hands and find no issue in a weaker currency as global trade makes a comeback.

The US dollar has so far found support above the previous lows around 108.30. The RSI has dropped back into neutral territory from an overbought situation, which may prompt more buyers to get in the game.

A softer US dollar is exactly what commodity traders have been waiting for. Silver is looking to safeguard its gains after the latest pop above the resistance at 26.40.

An over-extended RSI was followed up by profit-taking in the supply area. However, a nascent rising trendline hints at buyers’ strong interest in bidding up the price.

A reversal is in the making if the price action succeeds in staying above 25.80.

A bullish breakout above 26.90 could trigger a broader rally into the 28s.