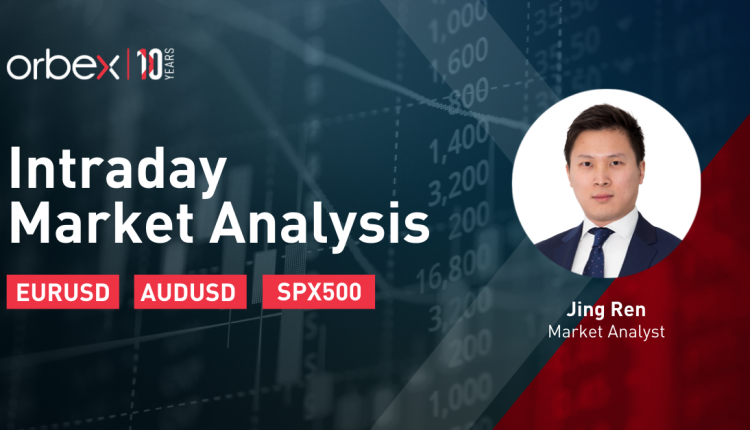 The US dollar continues to push forward as prospects of a strong US recovery take root.

After conceding the intermediate support of 1.1950, the euro came under renewed pressure and is now sliding towards the daily support level of 1.1750.

A bullish RSI divergence and the price testing the lower band of the bearish channel suggest that a rebound is overdue. A better-than-expected GDP data from the eurozone might just give the single currency the relief it needs. Though the upper band (1.1970) will be a tough nut to crack.

The Aussie might not be out of the woods yet as market fever over the greenback is still in full swing. The pair is heading towards the daily support level of 0.7580, a critical level where a failure to bounce could signal an upcoming reversal.

A fairly neutral RSI says there is still room for a retracement in the next few hours.

The price action is then likely to go sideways between the support and the bearish trendline (0.7720) before a breakout would lead to a new direction.

SPX 500 rallies back from daily support

The S&P 500 climbed back after the US Senate passed the $1.9 trillion COVID-19 relief package. The demand zone around 3700 from the daily timeframe has seen strong bids.

On the hourly chart, a bullish MA cross and a rally above 3845 have prompted the short side to cover. 3900 is the immediate resistance and its breach could resume the upward movement.

An overbought RSI might signal a potential pullback but as long as the index stays above 3730, the bias remains bullish.