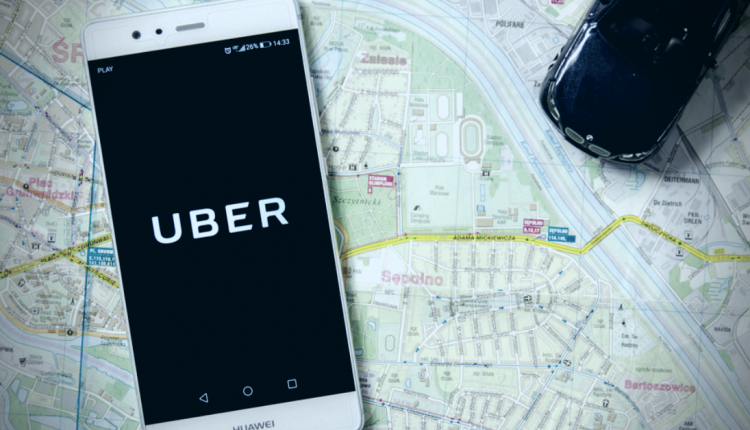 Shares in Uber are trading a little lower ahead of the US open on Wednesday.

The firm’s stock price has been on a recovery run over recent weeks. So far, price has moved up from lows beneath the 52.66 level to current highs around the 59.97 level.

However, the momentum looks to be running out and there is a risk that price is forming a topping formation here. This suggests the risk of a reversal lower.

Uber’s share price peaked this year as Q4 earnings came in below expectations on February 10th.

The ride-hailing technology company reported earnings per share of -$0.54 in Q4. This undershot expectations and marked a year of consecutive quarterly earnings misses.

Despite the record increase in demand for the firm’s food deliveries, ride-hailing has plummeted over the course of the pandemic as social restrictions and lockdowns have seen demand cratering.

The company has been in the spotlight recently over losing a legal battle brought against it by current and former employees.

The lawsuit came about due to the company’s employment structure. Uber had always maintained that drivers were not workers and were contractors.

As such, Uber did not have to offer holiday, sick pay, insurance or any other usual aspects of full-time employment.

However, the UK Supreme Court ruled against the company. And, as a result, Uber has been forced to announce a dramatic shift in how it will operate.

The company has confirmed that it will now offer a minimum wage to employees, holiday pay, and a pension. However, there are still some concerns over the details with employees noting that Uber is only offering minimum wage for the time a driver is transporting a client.

The court, however, ruled that Uber should offer minimum wage for the whole time a driver is logged into work. There are also concerns that the company will increase fares as a way of handling the new costs, as it has done in California following similar action.

However, Uber has so far ruled this out. 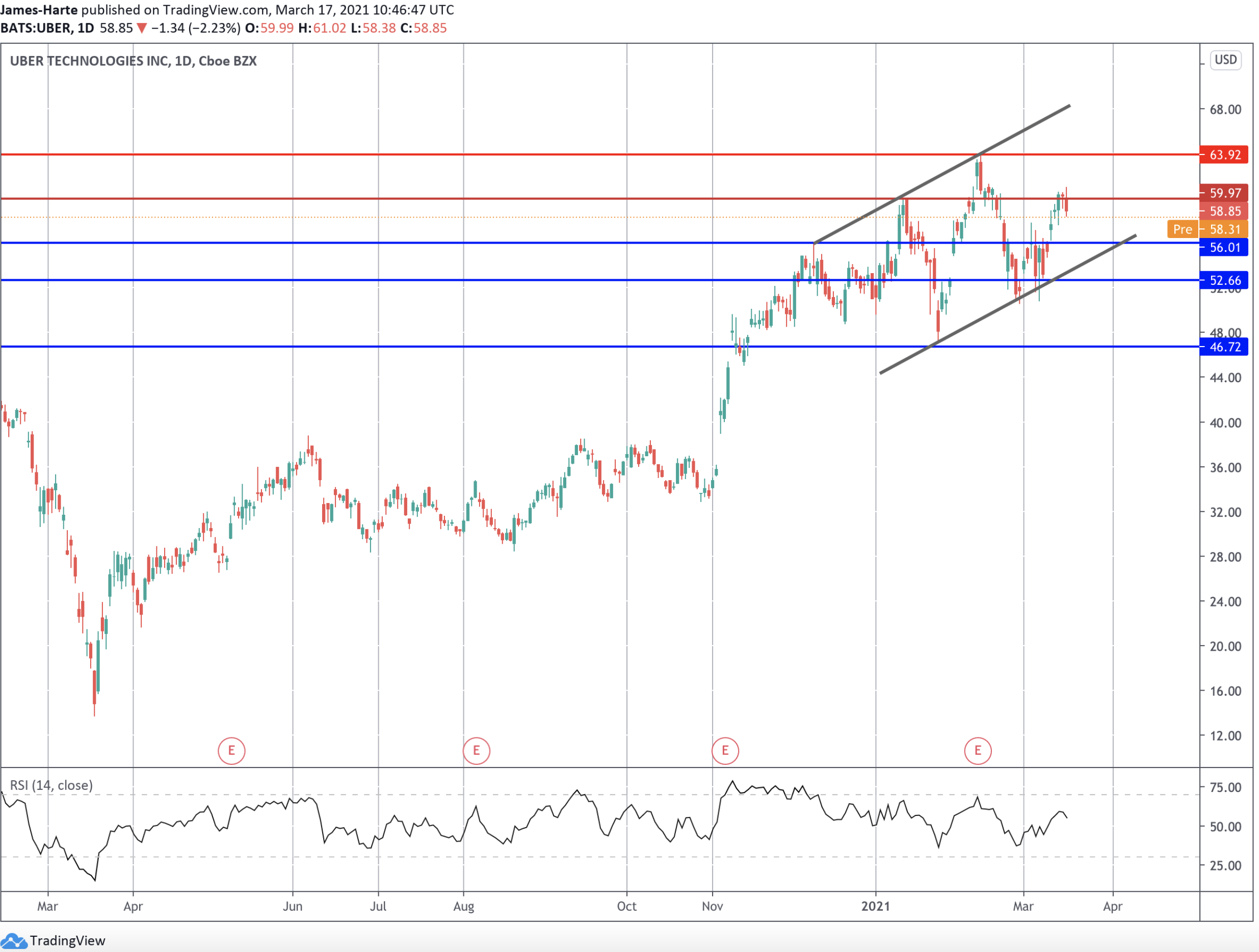 Shares in Uber are currently holding around the middle of the recent bull channel, with price capped by the 59.97 for now. While price holds here there is a risk that this peak forms the right shoulder of a head and shoulders pattern. This suggests the risk of a bigger reversal lower to come.

StockWatch: Pfizer Gets a Boost