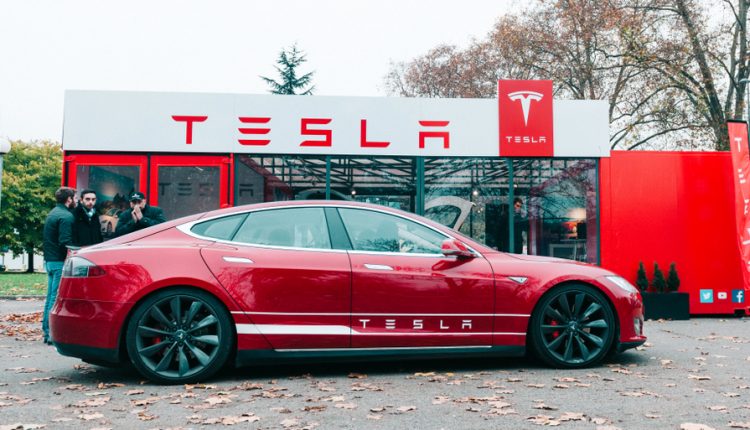 Shares in US alternative energy and technology firm Tesla have seen wild price action with shares selling off sharply. The broader backdrop of weakening risk appetite, rising US inflation expectations, and reduced Fed easing expectations have hit asset prices over recent weeks. With US yields pushing higher, stocks that saw big rallies across 2020 such as Tesla, have started to reverse sharply now.

The sell-off in Tesla this week was amplified by the news that billionaire investor Ron Baron had offloaded 1.8 million shares for clients since August last year.

These sales were necessary, Baron said. This is despite his guidance that shares in the company will likely hit $2000 over the next ten years. The reason for the sales was that the holdings were becoming too big a part of individual portfolios and needed to be rebalanced.

Additionally, Baron noted that he had not sold any of the more than one million shares he personally holds. He plans to hold them for at least 10 years.

Tesla shares saw a record-breaking rally over 2020. Price moved higher by over 800% as the firm smashed its targets on production and new vehicle deliveries.

Looking ahead, Tesla is planning to step up its production this year with the opening of new production facilities and has raised its vehicle delivery targets.

In Q4, Tesla reported earnings per share of $0.24, which was below the $.102 Wall Street was looking for. Tesla has warned that earnings over the coming period are likely to be disrupted by heavy expenditure. The company will pump more capital into boosting its production capabilities.

Partnership With Nickel Mine

The company was in the headlines this week also over news that it is partnering with a nickel mine in New Caledonia, a small pacific island.

Given the rising fears over a shortage of nickel, the move is a strategic play by Tesla to ensure that it retains access to the material. New Caledonia is the fourth-largest producer of nickel globally. Although it is an overseas territory of France, has been pushing for independence.

Tesla has said it will be involved in a “technical and industrial partnership” with the mine. This is in order to maximize sustainability and meeting the company’s nickel quotas. 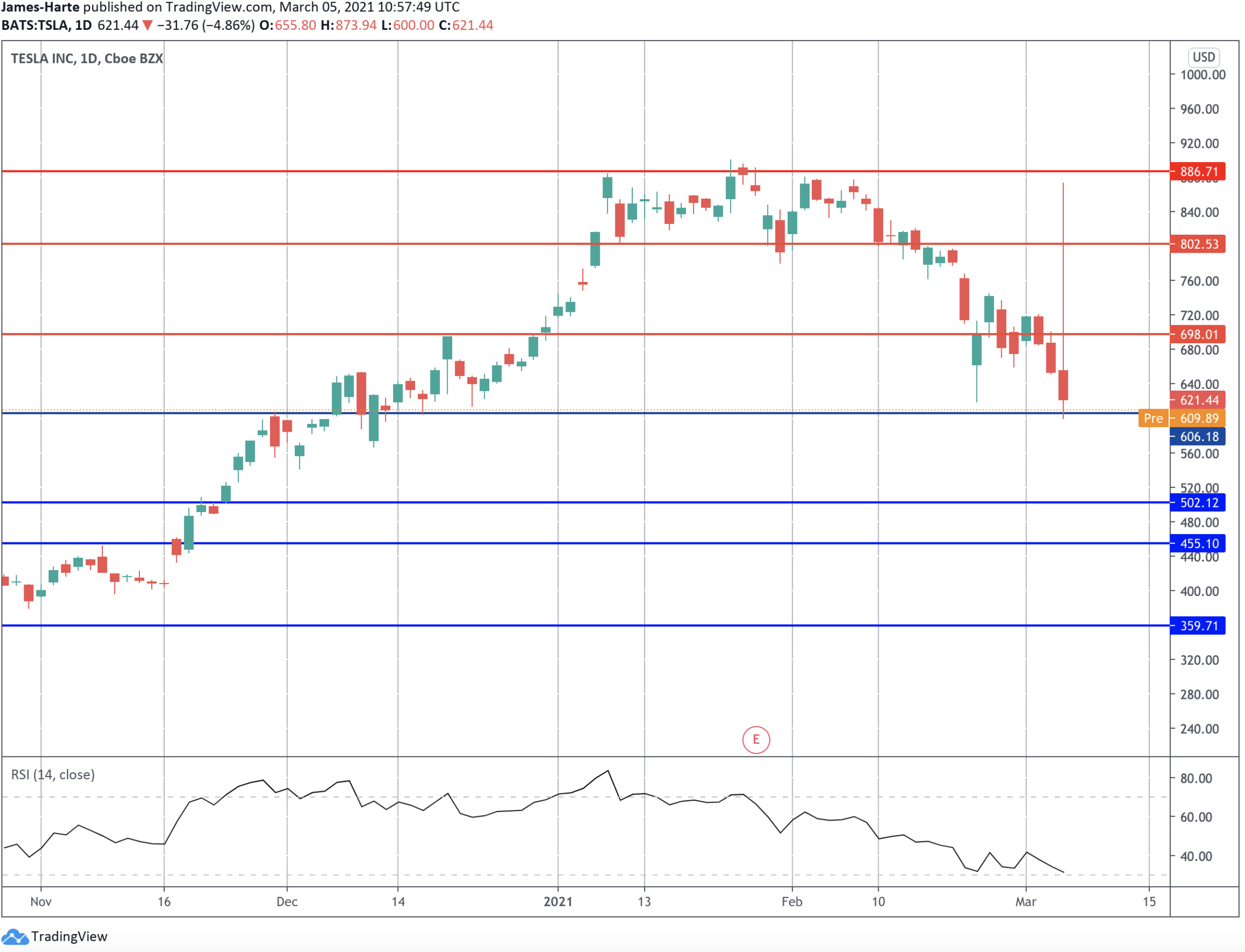 Shares in Tesla have seen a sharp correction lower from the 886.71 highs printed earlier in the year. Current lows are at around the 606.18 level.

For now, the move is viewed as a correction. The medium-term view is for price to continue higher.

However, should price slip below here, the next support no note is down at the 502.12. This would leave plenty of room for a much deeper push.