Oil Recovers Despite Another EIA Surplus 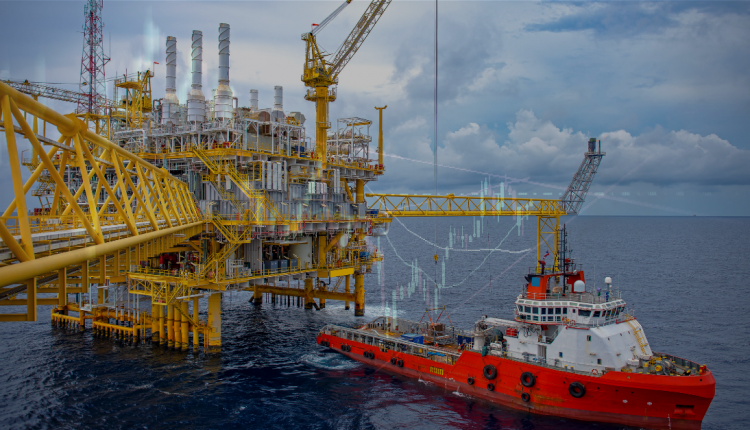 It’s been another tricky week for oil traders.

Crude began the week under heavy selling pressure amidst the downturn in global risk appetite and the resurgence in the US dollar which has broken out to fresh to its highest levels since November.

Despite the initial weakness in oil prices, however, crude rallied hard over Wednesday’s session. This came in response to news that the Suez Canal in Egypt, a major shipping route, is blocked.

The blockage is due to a backlog of cargo ships and is causing major delays to oil shipments. Therefore, it has caused oil prices to rally.

The rally in oil prices mid-week came despite the latest data from the Energy Information Administration showing that US crude stores rose again last week.

The latest weekly update showed that in the week ending March 19th, US crude stockpiles rose by a further 1.9 million barrels. This was in stark contrast to the 272k barrel drop analysts were looking for.

The result takes crude stores back up to over 500 million barrels.

The report also showed a further increase in US gasoline stocks which rose by 203k barrels over the week. This takes the total inventory levels back up to 232.3 million barrels.

While this increase was below the 1.2 million barrel rise the market was looking for, it marks a straight month of consecutive weekly increase in stockpiles, reflecting weakening demand.

Distillate stockpiles were also higher over the week, rising by 3.8 million barrels to take the total inventory level back up to 141.6 million barrels. This increase was in stark contrast to the 122k barrel drop the market was looking for and again reflects a deteriorating demand backdrop.

Elsewhere, the report showed that US crude imports rose by 338K barrels per day.

Refinery crude runs were up by 956k barrels per day with refinery utilization rates jumping by 5.5% back up to over 81% of the total operating capacity.

The surge in utilization rates reflects the continued recovery of many refiners in the Gulf following the storms which took place there over February. 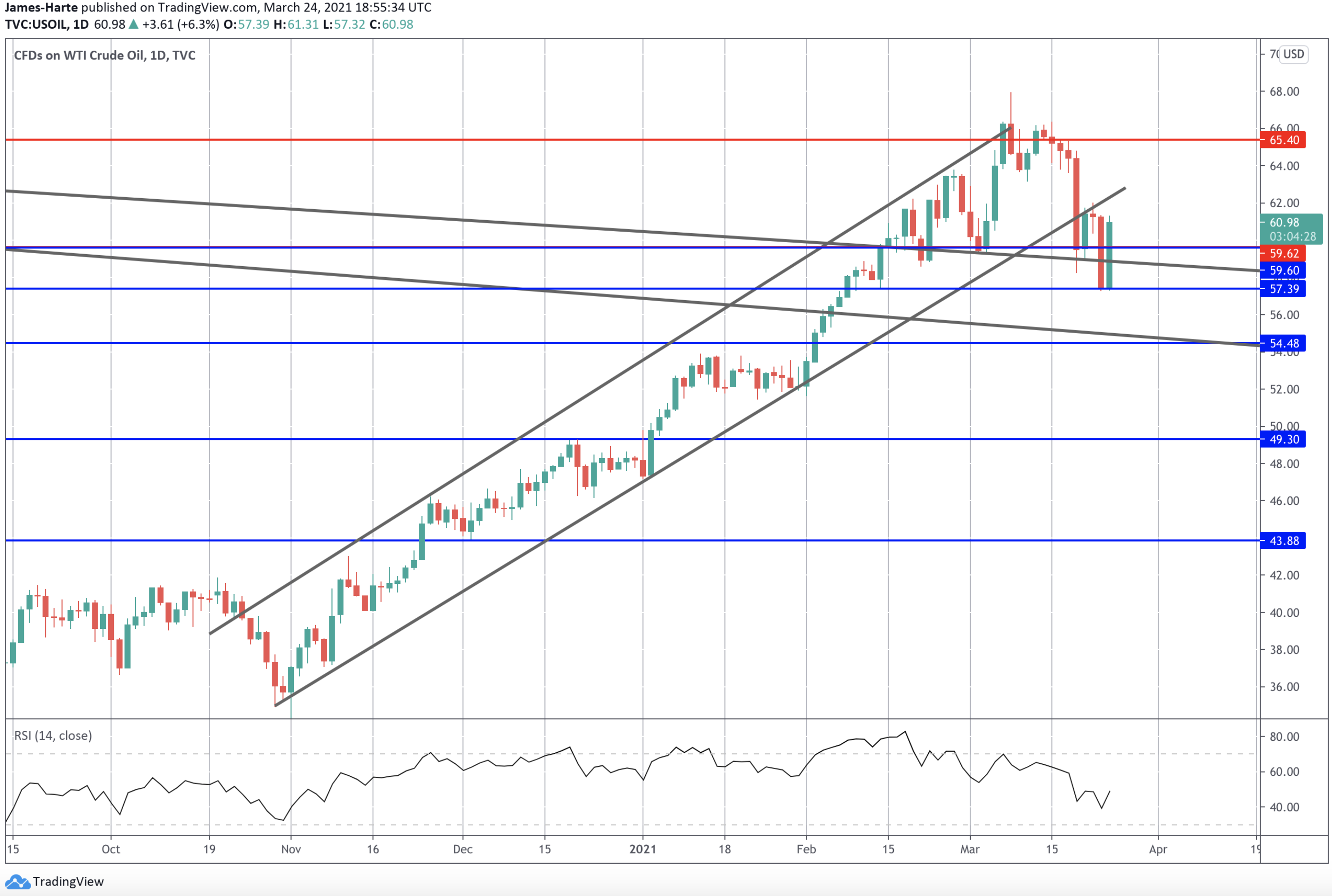 The breakdown below the rising channel in crude saw price testing the 57.39 level where strong buying took price back up above the 59.62 level.

While above this level, the focus is on a continuation higher though the rest of the broken bull channel could offer some resistance.

Ultimately, 65.40 is the key level for bulls to break next. To the downside, below the current lows, 54.48 is the next region to watch for buying interest.