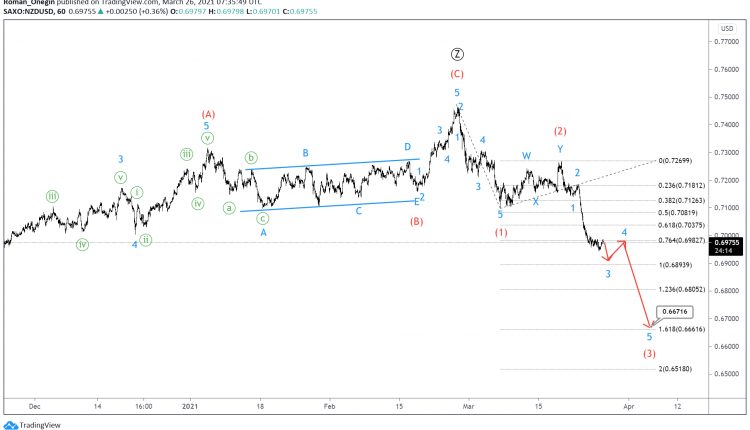 Following this, a bearish trend began. Impulse wave (1) and double zigzag wave (2) have ended. In addition, so have the minor sub-waves 1 and 2 which are included in the intermediate impulse wave (3).

In the short term, we could expect the completion of minor wave 3, then the price will rise slightly in correction 4. Wave 5 could then lead prices down to the 0.667 area.

An alternative scenario shows the primary triple zigzag has completed only wave W which is the first part of the cycle trend.

Thus, the cycle intervening wave X is currently under development. Most likely, it will take the form of a double Ⓦ-Ⓧ-Ⓨ zigzag.

Finally, we are waiting for the development of the primary intervening wave Ⓧ. The price could rise to 0.733. At that level, wave Ⓧ will be at 76.4% of wave Ⓦ.

Who’s Winning the Race For the COVID Vaccine?