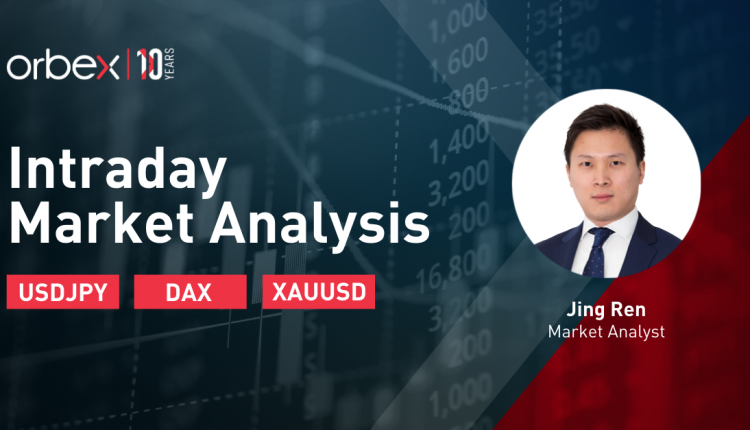 The US dollar climbs as the US economy is gaining steam while other parts of the world face new Covid restrictions.

The pair has shot up to last June’s high at 109.85 after it broke out of the consolidation range under 109. The bias remains strongly bullish, though an overbought RSI would suggest a temporary pullback as traders take profit.

In that case, the rising trendline and 20 and 30-hour moving averages would become the demand zone. A deeper retracement may find support from the former resistance at 109.20.

A firm US dollar is weighing on gold as Treasury yields hold ground. The recovery stalled after the price broke below the rising trendline, denting the optimism for a swift rebound.

The precious metal is likely to stay range-bound until a catalyst, be it fundamental or technical, triggers a breakout.

1718 is a key support and a bearish breakout could deepen the correction towards 1700.

To the upside, bulls will need to remove 1745 to bring back confidence. After that, an extended rally may carry the price to 1780.

The DAX has bounced off the key short-term support at 14430 to challenge the all-time high at 14800.

Solid momentum above a bullish MA cross confirms that buyers are still in control of the price action. A close above 14800 may convince more trend followers to join in and push the index higher.

To the downside, 14590 would be the immediate support for the RSI to cool off.